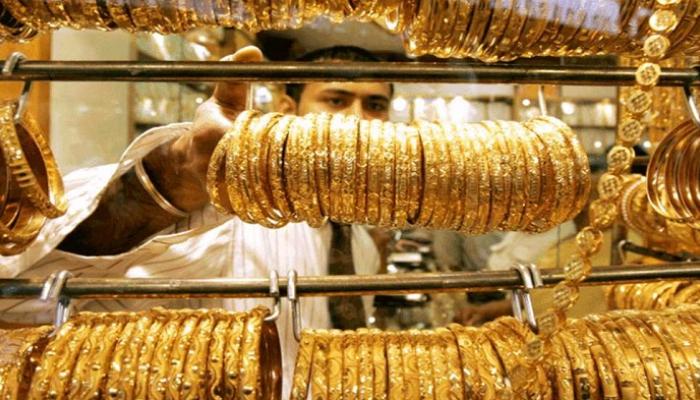 Gold prices rose today in Egypt during early morning trading on Wednesday March 23, 2022, despite expectations of a drop in “precious” globally, as geopolitical tensions eased.

Gold prices in Egypt vary across different regions and gauges, where the value of labor (the merchant’s salary for each gram of gold work) ranges from £30 to £60 in goldsmiths’ areas, while raises for some dealers to range between 120 and 150 pounds.

The price of a gram of 24 carat gold rose today in Egypt to 1,147 pounds, compared with 1,135 pounds at the close of trading on Tuesday.

Gold futures rose during the Asian session on Wednesday and were trading at the $1,922.30 per ounce (one ounce) level at time of writing, up 0.04%, according to the Mercantile Exchange’s Comex rating. from New York. .

The previous session saw gold contract trading higher, with the price of an ounce registering at $1,924.55, amid expectations that the gold index would receive support points at $1,909.80 an ounce and points of resistance at 1951 dollars an ounce.

As for the dollar index contracts, which measures the performance of the US currency against a basket of six other major currencies, it fell 0.01% to register around $98.51.

“Over the last 10 days, we’ve seen a significant erosion of the invasion momentum and speculative spree” in gold, said David Jones, chief market analyst at capital.com.

“The reality is that as concerns about Ukraine’s future fade, so have gold prices and talks this week about the 15-point peace plan and the possibility of a Russia-Ukraine deal. have pushed prices down,” Michael McCarthy, chief strategy officer at Tiger Brokers, told Reuters.

“To a degree, the US dollar was a major factor and one of the things that held gold back from attempts to rally to all-time highs.”

Russia appears to have halted its advances on Ukrainian cities after the outbreak of war on February 24, 2022. Officials from the two countries also met again for peace talks, but progress was limited.

“Sure, a quarter-point rate hike was expected, but what was not expected is six more rate hikes through 2022. That is an optimistic statement from the US Federal Reserve,” McCarthy said. Referring to the central bank’s interest rate of 0.5% after the bank issued its policy decision on Wednesday.