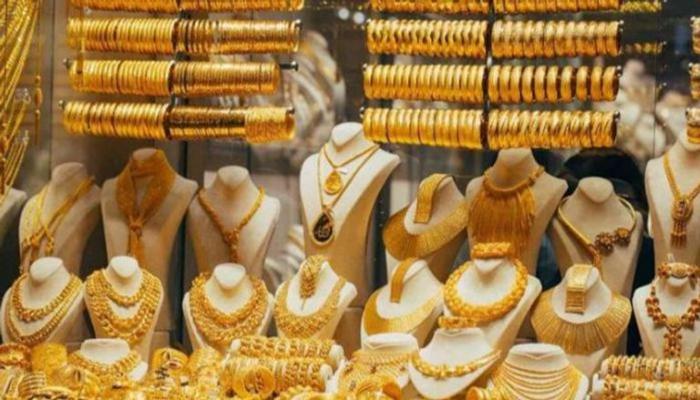 The price of gold rose today in Egypt, Monday March 21, 2022, amid rising prices for the precious metal on global markets, and rising interest rates in Egypt.

Gold prices in Egypt vary across different regions and gauges, where the value of labor (the merchant’s salary for each gram of gold work) ranges from £30 to £60 in goldsmiths’ areas, while raises for some dealers to range between 120 and 150 pounds.

The rise in gold prices in Egypt coincides with the decision of the Central Bank of Egypt to raise interest rates this Monday morning.

Egypt’s central bank said in a statement on Monday that it raised key interest rates by 100 basis points at an extraordinary meeting of the Monetary Policy Committee.

The central bank set the overnight lending rate at 10.25% and the overnight deposit rate at 9.25%, citing global inflationary pressures exacerbated by the war in Ukraine. The Monetary Policy Committee was scheduled to meet on March 24th.

And the average price of an ounce of gold today in Egypt, during the first operations, was about 30,264 thousand pounds (1925 dollars).

While the average price of a pound of gold, at the beginning of today’s trading in Egypt, was about 6,812 thousand pounds (432.82 dollars).

Globally, gold prices rose on Monday, supported by safe-haven demand, at a time when the Ukraine crisis showed no signs of abating, although the US Federal Reserve’s plan to implement measures bold moves to combat inflation capped gold’s gains.

“A bit of a safe haven (headline) is flowing into gold today as Ukraine has officially pushed back against Russia’s deadline (for Mariupol),” said Matt Simpson, senior market analyst at City Index.

Ukraine on Monday rejected Russian calls to hand over the port city of Mariupol, whose besieged residents lack food, water and electricity, while heavy fighting shows no signs of abating.

To prevent gold prices from rising further, two of the Fed’s most aggressive policymakers said Friday that the Fed needed to take bold action to combat inflation.

Federal Reserve Bank of Minneapolis President Neil Kashkari said he wants to raise interest rates from 1.75% to 2% this year.

In general, raising the interest rate increases the opportunity cost of holding gold with no return.

Holdings of the world’s largest gold-backed fund, SPDR Gold Trust, rose 0.8% to 1,082.44 tonnes on Friday, the highest level since March.