Global peace is witnessing its worst moment in 15 years 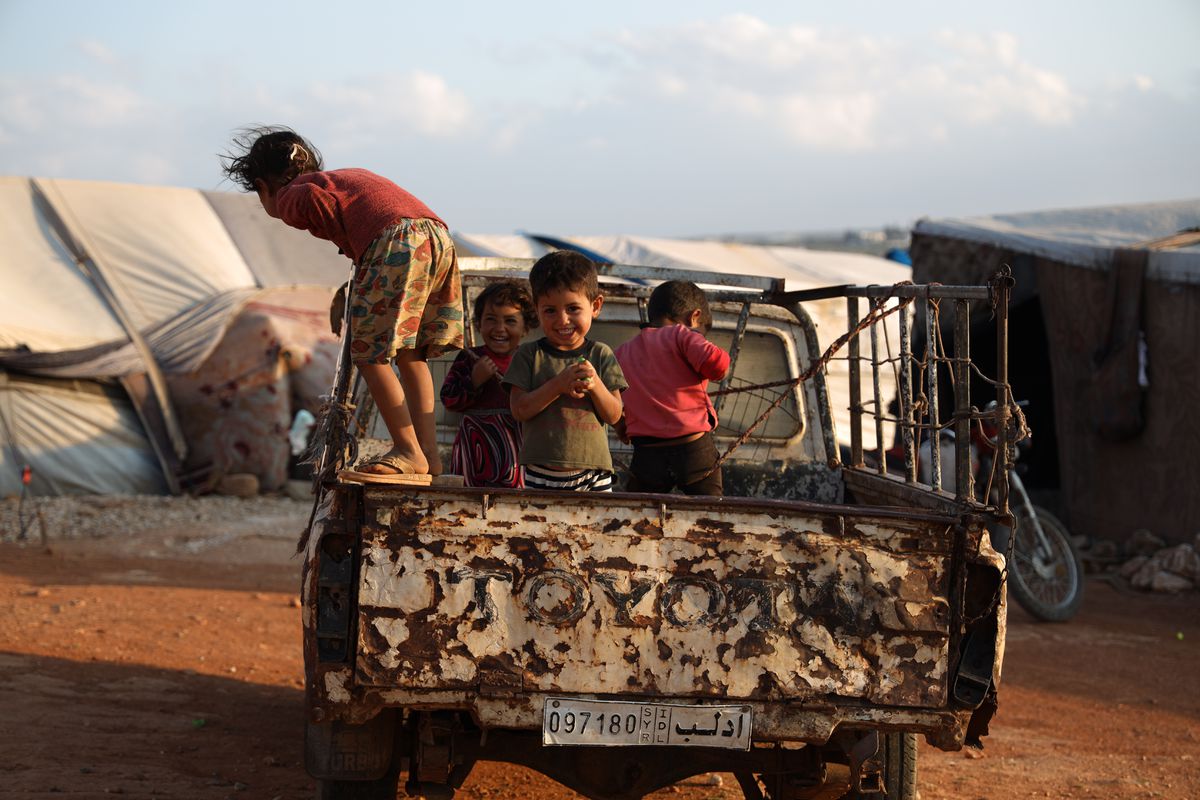 The world is more unstable and violent today than it was three decades ago. This is reflected in the last one Global Peace Index (GPI)an annual report by the Institute for Economics and Peace (IEP), which is in its 16th edition, delivers disappointing results: The state of world peace deteriorated by only 0.3% in 2021, but is falling to the lowest level since this study was conducted.

As immediate causes, the invasion of Ukraine and the political and economic hangover of the Covid-19 pandemic; As underlying reasons, experts point to growing food insecurity caused by factors such as climate change, movements in the global geopolitical body and the revival of the arms race, which will lead to more conflict and record numbers of displaced people.

The document analyzes the situation in 163 countries and territories, home to 97.7% of the world’s population, and measures the degree of states’ pacifism based on 23 indicators and three axes: the level of security of society, the extent of ongoing national or international conflicts and the militarization of states.

According to this study, 2021 saw the greatest deteriorations in relations between neighboring countries, the intensity of internal conflicts, the number of displaced persons and refugees, the level of political terror and political instability.

In addition to the conflict in Ukraine, one of the countries where the security situation has deteriorated the most and where the international focus is concentrated, the areas positioned as the least peaceful in the world are Afghanistan, which is entering the fifth Consecutive rank repeated, followed by Yemen, Syria, Russia itself (due to its active involvement in the invasion) and South Sudan. The top three also get the worst score in terms of political terror.

A new world of blocks that will bring more violence

Armed clashes will continue, the authors stress. According to this index, military spending – as a percentage of GDP – has fallen in almost a hundred countries since 2008, but the conflict on European soil seems to have changed the equation: it has changed the defense posture of numerous countries and increased investments in weapons. Several NATO members, including Spain, have already pledged to increase their contribution to the Atlantic Alliance to 2% of their GDP, while China has said it will increase its military budget by 7.1% by 2022.

The invasion of European soil confirms the closure of the cycle already underpinned by the United States’ withdrawal from Afghanistan in 2021 and the return to bloc politics in a multipolar world where Washington no longer exclusively exercises global military, economic or technological hegemony holds various experts from. “It is the end of the period of globalization and relative peace based on economic integration that began in the late 1980s with the fall of the Berlin Wall. Now it is possible that there are two big blocs, one of the liberal democracies and one of the autocracies,” analyzes Gonzalo Fanjul, expert on poverty and development. “In the short term, there’s no reason to be optimistic,” he says.

Researcher Tica Font, founder of the Center d’Estudis per la Pau and an expert in defense and security economics, believes that the war in Ukraine illustrates the new scenario of dispute and power struggle between the main powers USA, China and also Russia. Meanwhile, “it is the Ukrainians who lay down the dead and suffer the destruction of their country,” he adds.

“Ukraine will take years to rebuild, but the impact in Russia is also really severe… We see that war just doesn’t make sense from an economic perspective,” said Steve Killelea, founder and CEO of IEP.

The war is having a significant economic impact, not just in Ukraine: The IPG report estimates the cost of violence and strife to the global economy at $16.5 billion in 2021. That’s 10.9% global GDP equivalent to 2,005 euros per person. For the ten countries most affected by violence, the average economic impact is equivalent to 34% of their gross domestic product.

Meanwhile, as war spending grew, just €39.6 billion was spent on construction and peacekeeping projects in 2021, 0.5% of global military spending. “One of the problems of the international community is that it is reactive, not proactive, in global affairs; A testament to this is the money that goes into trying to stop conflicts once they start versus what is dedicated to keeping the peace,” Killelea recalls.

“Public investment serves to measure political interest in any global issue, and it is clear that more is being invested in arms than in peace,” adds Tica Font. Although 2017 saw a global acceleration in arms investment, he notes that the “emergencies of war are in full swing” and the war in Ukraine has allowed European governments “to creep into public opinion that an increase of military spending is essential “.

More displaced people and refugees than ever

According to the United Nations High Commissioner for Refugees (UNHCR), the number of people forcibly displaced worldwide almost tripled between 2008 and 2022, from 31 million to 100 million. The war in Syria has caused the world’s largest displacement crisis: the conflict and its aftermath have led to it 77% of the total population are internally displaced persons or refugees.

Ahmed Jadan Abu Nayef (75 years old) was a resident of the Maarat al-Numan area south of the city of Idlib, an area bombed by years of war and in 2020 the subject of a fierce military campaign by Russia, the Syrian regime and militias who support them.

Since 2019, the old man has been living with his wife, two children and several grandchildren in the Umm al-Kanais camp, where the whole family makes ends meet with the help of 30 dollars a month (about 28 euros) in UNHCR vouchers. The area is experiencing high inflation as the suffering of residents and displaced persons living in the camps has increased as a result of the war in Ukraine.

Sick and tired, he would like to return to his city, he says, but his house was destroyed in a bomb attack and he also fears that his children or himself will be arrested by the Syrian regime. Three years after his escape, Abu Nayef still holds the key to his house in hopes of returning one day. “There can be no peace if people are not at home,” the man concludes.

Despite thousands of kilometers separating them, the fate of the peoples of Syria and Ukraine is similar: since the beginning of the war, around 11% of the Ukrainian population has fled their homes. The United Nations estimate that it is about seven million internally displaced persons and another 6.5 million refugees.

Hanna Udovychenko, 19, comes from the city of Kharkov in eastern Ukraine and has been living in Spain as an asylum seeker for three months. at the beginning of the war, The Russian army bombed the neighborhood next to his and several well-known people were killed by direct fire in a similar episode to what happened in Bucha, just outside of Kyiv. In March, the young woman left her city with her mother and took a train to Slovenia. From there she was taken to Spain by bus by a group of Spanish activists, she says and notes with gratitude how well they were both treated.

Udovychenko’s grandparents and father decided to stay in the city, the latter to defend it. The young woman, who completed medical training in her country before the start of the war, is now learning Spanish with other Ukrainian refugees at the organization Movement for Peace. She wants to stay in Spain so that her ailing mother can receive medical treatment that she did not have access to in her country of origin. His brothers, he says, died from the same disease.

Outside of Ukraine, the effects of the war are also being felt in the global economy, which has just started to recover from the global pandemic. Both this country and Russia are major exporters of commodities such as wheat and natural gas. The conflict is causing turmoil in global supply chains and in food and fuel prices, completing an already rising trend of recent years. The leader of the IEP emphasizes that 49 million people are currently affected by famine, 25% more than half a year ago.

“Inflationary pressures are increasing economic uncertainty in the most developed countries, particularly in the most vulnerable classes. But in other countries they represent an absolute destabilizing factor,” Fanjul recalls.

Rising costs of staple foods and fuel are driving increased food insecurity and political instability around the world, but especially in low-resistance regions such as sub-Saharan Africa, South Asia, and the Middle East and North Africa, the report said. predict a greater likelihood of political unrest and violent demonstrations in the short term.