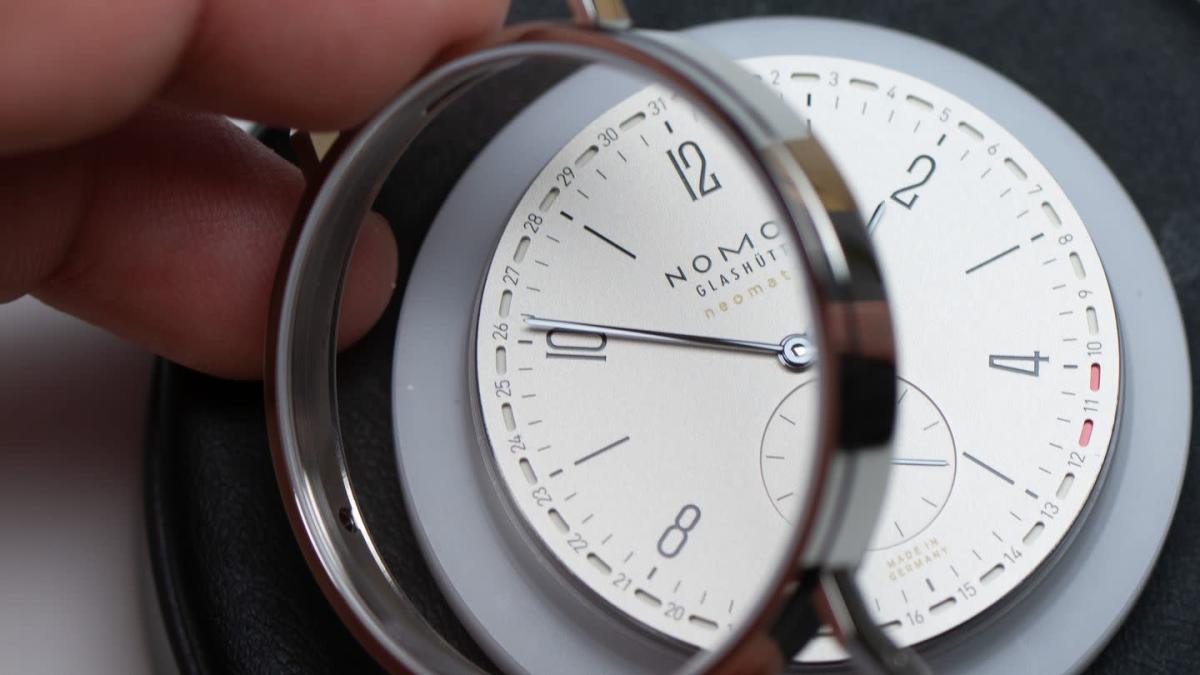 Glashütte (dpa) – Anyone who visits Glashütte not far from Dresden will become familiar with the special features of the small town as soon as they enter the city. “…here time is alive” announces a poster of the industry that dominates everything here. Glashütte is synonymous with luxury watches and the art of watchmaking at the highest level.

Nine factories are lined up in the Müglitz river valley, almost one in three inhabitants of the area has something to do with watch production. Names like F. Lange & Söhne, Glashütte Original or Mühle stand for tradition. But comparatively young companies like Nomos also contribute to the reputation of the place.

Misuse of the most difficult indication of origin

In February, the Federal Council introduced better protection for the indication of origin “Glashütte”. The state chamber agreed to a corresponding proposal from Saxony. It establishes requirements for the use of the indication of geographical origin. This is intended to give watchmakers better protection against misuse of the “Made in Glashütte” designation. There are comparable regulations for champagne or “Swiss made” watches from Switzerland.

For Nomos CEO Uwe Ahrendt, the new regulation means “more prestige for this special place.” It is a recognition of what has been achieved here since 1845. From now on, only watches whose added value is 50% produced in Glashütte will be able to carry the label. Some work steps can also take place in neighboring locations and in Dresden, but not the central steps.

Nomos is one of the companies that exceed the target. Because the company manufactures all of its eleven movements in its own factory: 95 percent of the production comes from the Müglitztal. Nomos spokesman Florian M. Langenbucher is convinced that the demand for precision, quality and elegant timekeeping is greater in Glashütte than anywhere else. “Watches are a real passion here.” Therefore, no business could simply change locations. “We live off the skills of our employees, some of whom are in the fifth or sixth generation honing their craft here. From the fact that everything here works like clockwork.”

The standards must be observed during production.

The Glashütte Mühle family company also welcomes the regulation. “It guarantees legal certainty for all present watchmakers and also for companies that want to come to Glashütte in the future,” says Managing Director Thilo Mühle. The ordinance defines sensible standards that Mühle has been implementing in its production processes for a long time.

The long-standing demand for better brand protection for Glashütte watches was no coincidence, and not just due to outright counterfeiting. In fact, counterfeiters are also involved. At Nomos, people are relatively relaxed about it. “Sure, there is plagiarism in the world today,” says Langenbucher. But you can usually spot them quickly. As long as plagiarism is clearly recognizable, it can even be accepted as a compliment and an expression of high fame. “The above plagiarisms have nothing to do with the watchmaking art of Glashütte.”

According to Langenbucher, the “free riders” of the industry are more problematic, that is, the manufacturers that write “Glashütte” on their watches without meeting the criteria of the regulation. With the new regulation, you become a criminal offence, you risk precautionary measures and, in case of intent, a prison sentence of up to two years or a fine.

“The protection of products with a geographical indication of origin is playing an increasingly important role in international competition,” says lawyer Wolfgang Straub, who was involved in creating the regulation. In addition to the exclusively German-based protection under German trademark law, well-known foods in particular are protected by an indication of origin throughout Europe. Aachener Printen, Lübecker Marzipan or Bavarian beer, for example, can only be labeled as such if they meet the protection criteria.

“In global competition, well-known brands are often the decisive criteria when buying a branded product. Added to this is the desire of many consumers to promote regional manufacturers and traditional craftsmanship,” says lawyer Carola Onken from Munich, who represents a watch manufacturer from Glashütte in protecting its trademark rights. She recommends imitation : The “Glashütte” regulation should encourage manufacturers of other products to stipulate protection of geographical origin and apply it on the market.

- Advertisement -
Share
Facebook
Twitter
Pinterest
WhatsApp
Previous articleMercadona dismisses the accusation of simulating scarcity as a hoax, but it does not do much good
Next articleReasons to prefer the iPad Pro to the iPad Air 5