Giulia Gwinn + Martina Voss-Tecklenburg: They are the stars of football 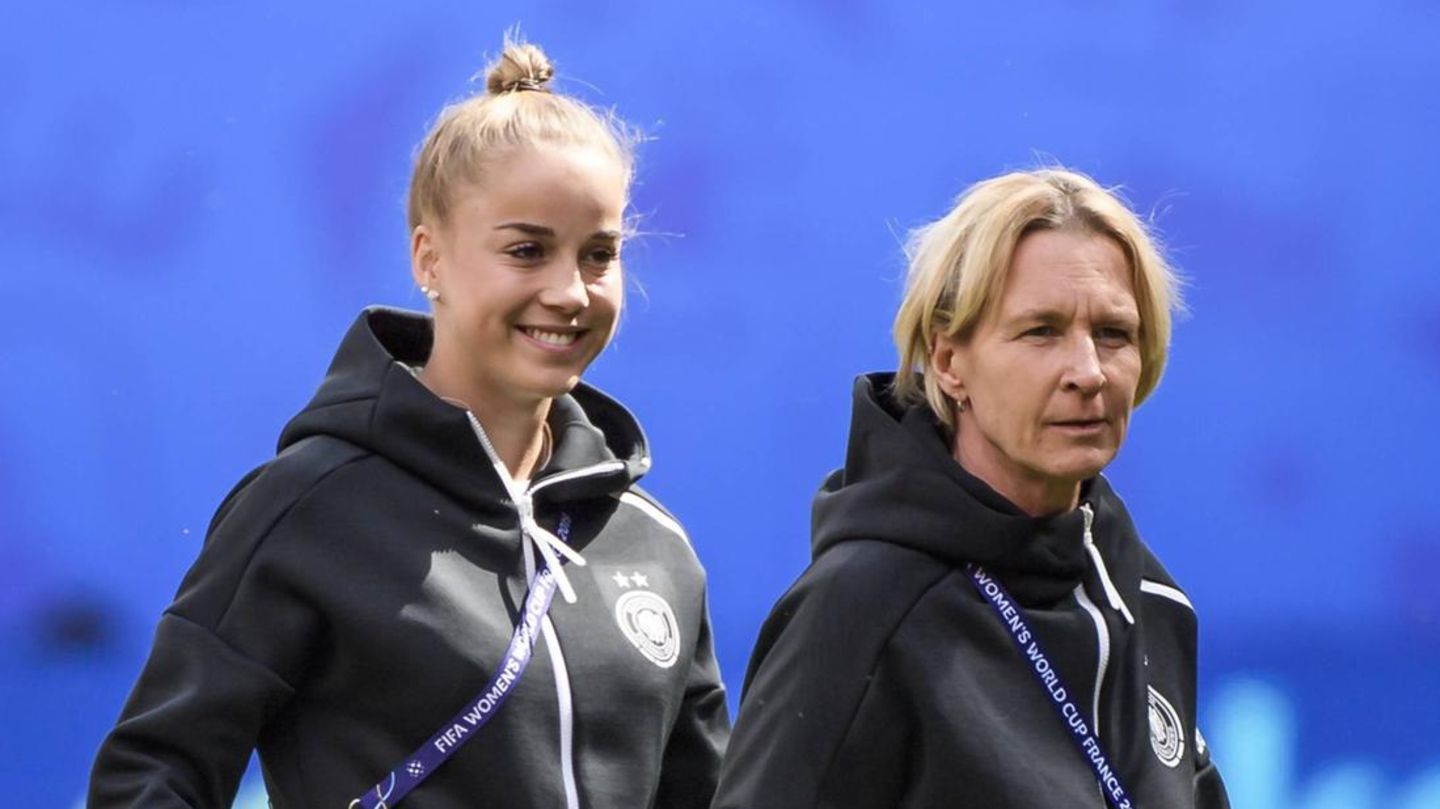 Giulia Gwinn + Martina Voss-Tecklenburg
The best of both worlds

The European Football Championship gives us a lot of happy moments – and that’s also down to Giulia Gwinn and Martina Voss-Tecklenburg.

Shortly before kick-off, adrenaline surges in your body, the air in the stadium vibrates, the fans cheer – our women’s national team is experiencing great happiness at the European Football Championship in England. In the meantime, the DFB team has even earned a role as favourites. While right-back Giulia Gwinn, 23, fights her way into the hearts of the spectators on the pitch, national coach Martina Voss-Tecklenburg, 54, gives everything on the sidelines. Two women from two generations – with a common goal.

Giulia is one of the shooting stars

And the native of Munich, born on Lake Constance, also knows how to stage herself off the pitch. Nearly 400,000 fans follow her on Instagram, where she presents snapshots of her holidays, for example, or with her boyfriend Constantin, also a professional footballer. Giulia appears in training clothes, but also with stylish jeans or a sequined dress. It brings glamor to football – and attracts people who previously had no interest in the sport.

Proud to wear the federal eagle: Giulia Gwinn is a pillar of the team after a serious injury two years ago.

Giulia now earns almost as much from Instagram as from football. You can also meet her parents Gabi and Florian on the social media account: They are currently sacrificing their annual leave to be able to cheer on their daughter at the European Championships in England.

When national coach Martina Voss-Tecklenburg started her playing career at home in Duisburg in the 1980s, there was no social media. The support of the family was also not obvious, quite the contrary: her mother had never liked that the small and delicate Martina spent all her free time on the football field. So she trained in secret – and became a world-class player.

Martina Voss-Tecklenburg has been coaching the DFB women’s team for four years – and now she wants to win her first national coaching title at the European Championships.

At just 16 she made her debut for the national team, at 17 she became German champions and in 1989, aged 21, she made a significant contribution to Germany by winning a championship for the first time. of Europe female. At the same time, she completed her studies in social work. But football is still his life today – just like Giulia Gwinn.

The coach and his players grew up in different worlds. But one thing connects them: they will give everything to offer themselves, to them and to us, a magical summer.