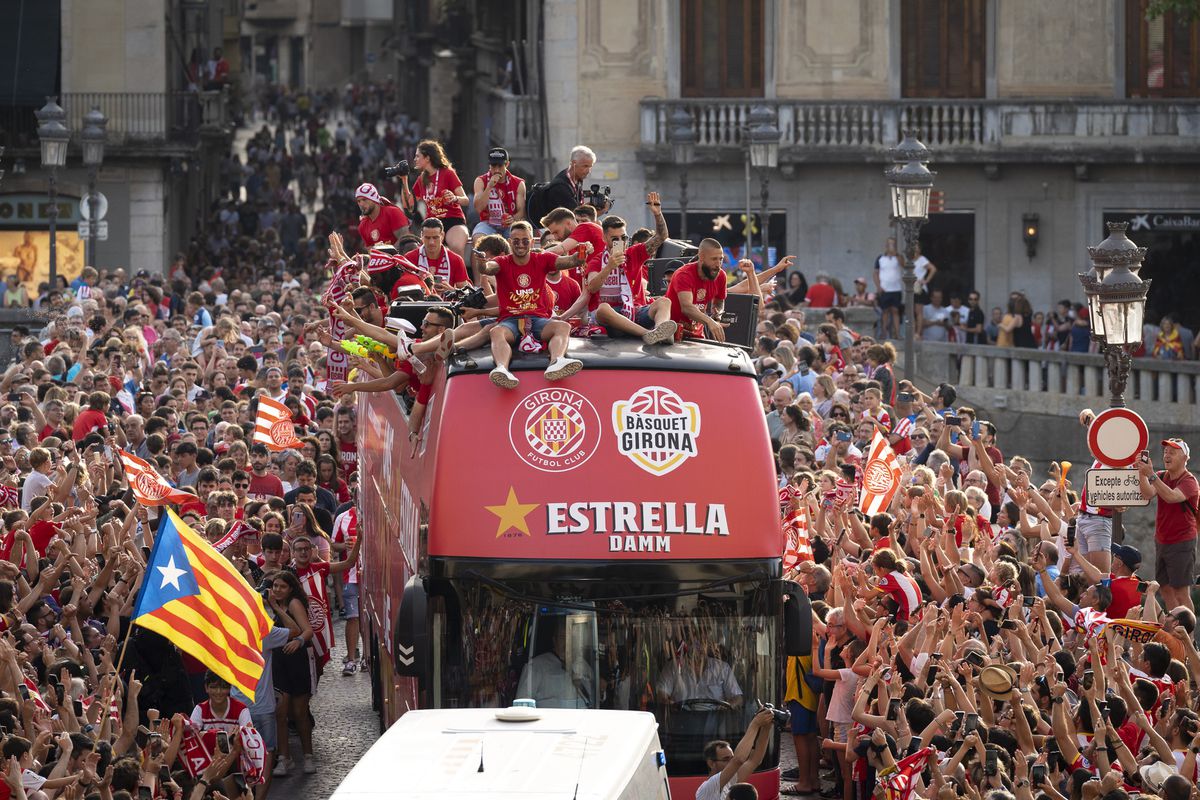 The city of Girona made history on Sunday by placing two sides from the city in the elite of men’s soccer and basketball in just over four hours. A performance never before performed in a Spanish city. Only five have their teams in the top categories of both sports: Madrid, Barcelona, ​​​​​​Valencia, Seville and Bilbao, all with larger populations than Girona, which does not reach 102,000 inhabitants.

Sporting success should have a very positive effect on the economy of Girona’s capital and the entire region. In 2018, the Chamber of Commerce calculated that the rise of Girona FC alone brought in around 22.5 million euros. Now the city of Girona has four teams in the top sports category, as Básquet Girona and Girona FC have joined UniGirona, a women’s basketball team, and Girona Club Hoquei in the elite. The last hours translate into celebrations and an economic impact estimated at 40 million thanks to the simultaneous increase.

It’s just a first number, part of the study the Chamber produced in 2018, months after FC Girona had been promoted to the top flight. They expect around €25m to match football – around 45 of which the club expects for TV rights next year – with the remainder being contributed by both men’s and women’s basketball and hockey. More brand image, revenue for hotels and tourism and more budget for the clubs are some of the variables that are taken into account.

The marks of Marc Gasol’s return to the pitches with Bàsquet Girona, on the other hand, are much more sporting than economic. The Pivot founded the club in 2014, while still a player in the NBA, with a purely educational vocation. In this way, the Catalan wanted to return part of the legacy that the city had left him when he exploded as a European star during his time at ACB MVP-elect Akasvayu Girona (2006-2008) before making the leap north created American League.

Gasol’s involvement in the company has grown over the years. He founded the senior team in 2017 and has been following the club’s development more closely since last summer, when he didn’t accept a proposal to continue in the NBA and returned to Catalonia without a team. Given the difficult situation Básquet Girona found himself in and relegated after nine games, the center swapped his manager’s suit for trainers and the effect was immediate. The question is whether he will still be active at 37. The social mass of the club has also exploded: if, before Gasol’s return, the Fontajau Pavilion generally had no more than a thousand fans, their attendance rose to around 3,000 spectators per game on average.

The football team – under the Manchester City umbrella and led by top scorer Stuani – also expects a growing social bond. The Montilivi Stadium (11,200 seats) has increased its capacity in the final against Tenerife to meet all requests. As in 2017, the promotion to First means an expansion of the venue. On this occasion, mobile grandstands were set up to reach 14,350 spectators. This year they are still investigating which system to use and how many locations to expand.

Meanwhile, the celebrations continue in the city. This Monday, citizens enjoyed themselves at the Montolivi Stadium and the Fontajau Pavilion after the tour of a bus that transported the athletes of both teams. Girona keeps partying because it’s for a reason: football and basketball have returned to the elite.