Get off the phone! The reality shows that try to take us back to basics 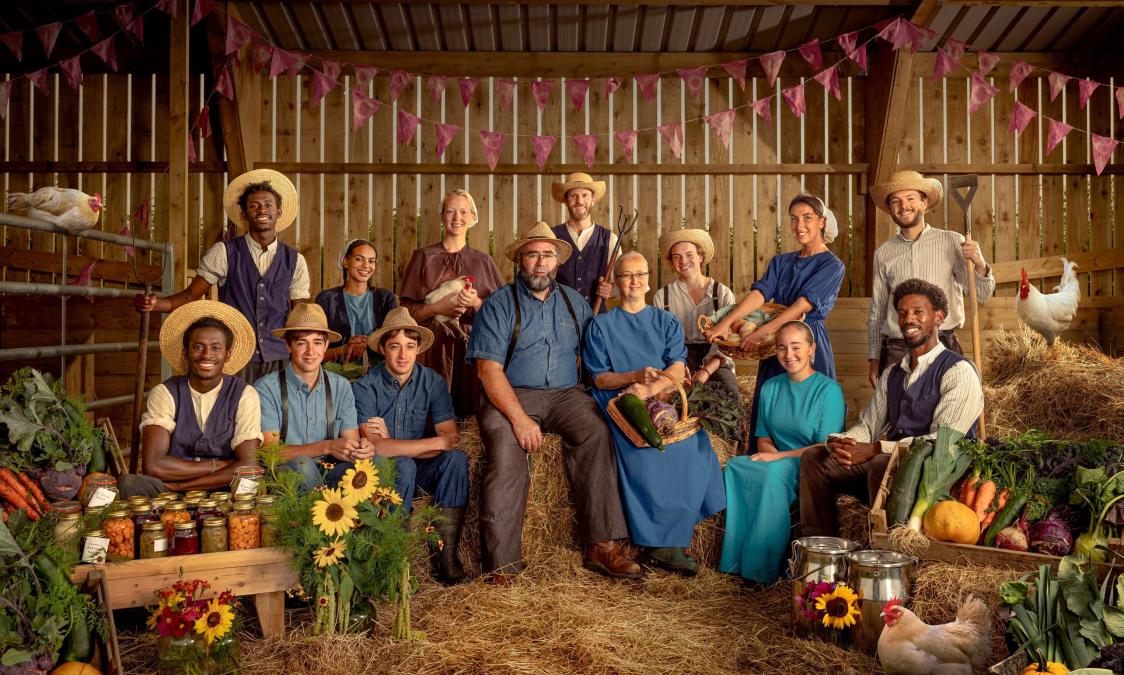 A new wave of shows like Channel 4’s The Simpler Life are trying to tune us out. But all it shows is that producers are running out of ideas.

One of the most positive results of recent years was a reassessment of the modern pace of life. Covid abruptly forced the world to slow down and reassess its priorities, and since then, many of us have considered what it means to “go back to basics”, to disconnect from the present to a time when life was simpler. So it was only a matter of time before reality shows did the same.

In fact, shows like Channel 4’s back-to-basics “social experiment” The Simpler Life have been commissioned in waves for years. In it, 24 Britons embrace the Amish lifestyle for half a year on a Devon farm, growing their own food, wearing traditional Amish attire (straw hats and suspenders for the men, milkmaid dresses and bonnets for the women), and, above all, they live without modern clothes. amenities such as internet and electricity. It fits with a long-standing fascination of TV show makers: stripping it all away, re-imagining our current way of life, whether it’s to criticize capitalism or turn away from traditional Christian values.

But today these programs are primarily focused on a new scourge: the Internet. BBC Three’s new dating show Love in the Flesh follows five couples who started a relationship “via apps, stories and direct messages” but never met “in person”. Hosted by Love Island alumna Zara McDermott, participants will be “stepped away from the pressures of daily life and screens” to come face-to-face for the first time in a luxurious Greek beach house (not “villa,” they say). . us). In this hybrid between Love Island and Catfish, they will see if the chemistry is maintained “when there are no filters or screens to hide behind”.

The Courtship, a new Regency-era themed dating reality show, is a mash-up of the two aforementioned shows. In what NBC believes is the antidote to apps, it centers on a “modern girl tired of modern dating,” Nicole Rémy, who is ditching screen swipe in favor of a more chivalrous approach. “We often live in a world that is not as focused on making true and deep connections with people,” Rémy told Variety. “El Cortejo was a breath of fresh air.” Rémy will go out with a series of suitors who will not only have to win her heart, but also her court (her friends and family) from her. When a fan leaves, she does so with a final dance (giving the exit a sort of Strictly Come Dancing feel). The Love Island villa has been reimagined as a castle and the neon bikinis have been ditched in favor of full Bridgerton-esque attire.

Often these programs are advertised as vaguely factual in the name of pseudoscience. The real bottom line is often that producers are running out of reality show formats and the only thing better than drama is period costume drama. The Simpler Life at least monitors the health and well-being of volunteers for results, but already viewers seem less convinced of the virtues of life offline. It was released to lukewarm reviews and two episodes on The Courtship have been downgraded to an NBC subsidiary channel.

By contrast, Netflix’s docusoap Byron Baes, which follows the lives of Australian influencers (and essentially doubles as an Instagram live-action feed in the process), continues to make waves. Its mix of scripted dialogue and trashy interactions between the social media-savvy cast is winning over critics, generating a slew of internet buzz and being lauded as this year’s ultimate hate watch. For now, reality TV seems to be at its best when mixed with the worst parts of life online.