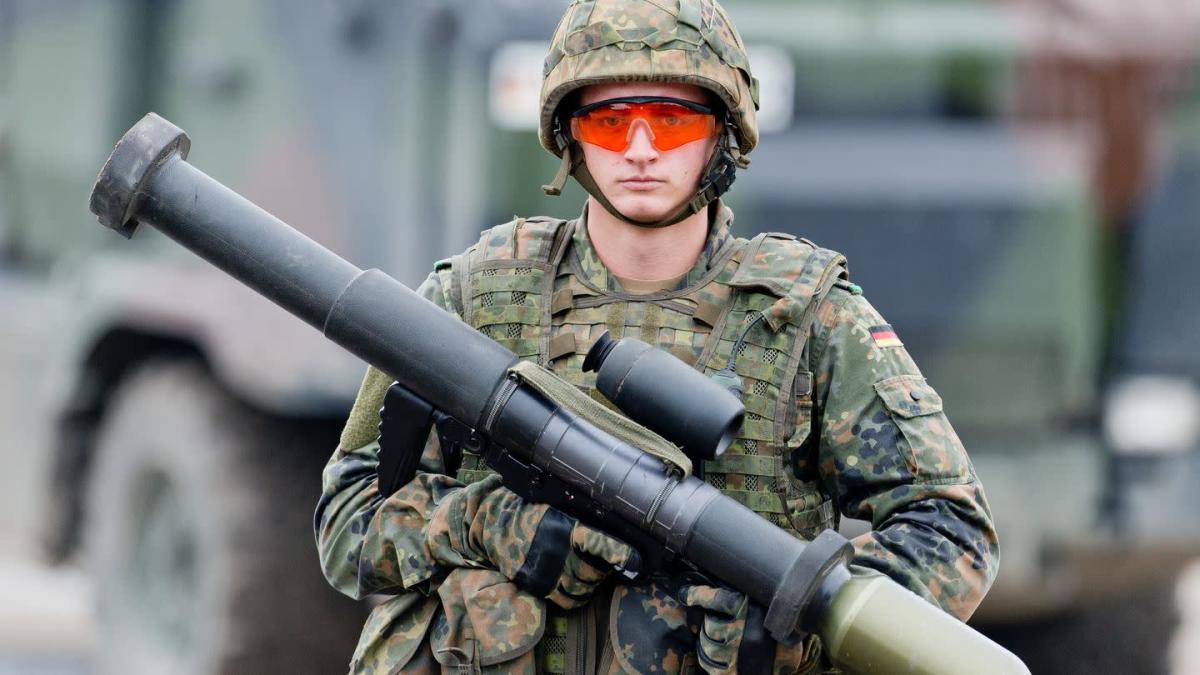 Berlin (dpa) – The Ministry of Defense wants to supply Ukraine with another 2,000 rocket-propelled grenades from Bundeswehr stocks for defense against Russia.

According to information from the German Press Agency, the department of Minister Christine Lambrecht (SPD) requested it from the Federal Security Council. The Ukrainian armed forces have already received 1,000 anti-tank weapons and 500 “Stinger” surface-to-air missiles from Bundeswehr stocks, as well as 500 of around 2,700 Strela missiles from old stocks.

According to Foreign Minister Annalena Baerbock, Germany is also currently supplying other Strela anti-aircraft missiles. “The other Strela deliveries are on the way,” the Green politician said in the Bundestag. However, the Union has accused the stoplight coalition of not providing enough help to Ukraine in its defensive struggle. “Ukrainians want to oppose and resist here. We must not leave them alone,” warned CDU European politician Gunther Krichbaum.

Meanwhile, the Federal Minister for the Economy, Robert Habeck (Greens), told the “world” that a decision would be made to hand over the weapons to the
Ukraine to deliver consistently implement. “The
means for me and for the BMWK that
of course authorize all arms shipments made in the
agreed broker. This is done immediately. is
It has been my house policy since the beginning of the war.

CDU politicians: the federal government lacks a sense of reality

Baerbock now emphasized: “We are one of the largest arms suppliers in this situation. It’s not something we’re proud of, it’s what we need to do now to help Ukraine.” Krichbaum accused the federal government of being too reluctant to hand over weapons. If the Bundeswehr had nothing left in its stock to sell, the industry German arms factory could supply new weapons. The CDU politician accused the federal government of a lack of realism. “And this absence costs lives, every day, every hour.”

The Foreign Minister announced that the first flight from Moldova to Germany would take off on Friday or Saturday to support Ukraine’s neighboring countries in caring for refugees. Rhineland-Palatinate was the first federal state to agree to take in refugees from Moldova. The draft budget of the Federal Foreign Office foresees an expenditure of almost 6.6 billion euros, compared to 6.3 billion the previous year. More than half (3.56 billion dollars) is destined to guarantee peace and stability.

The left-wing deputy Víctor Perli criticized that drastic cuts were planned in the budget for cultural and educational work abroad. At the Goethe-Institut, for example, 19 million euros should be saved. “You cannot seriously send the message that foreign policy now means: more money for weapons, but less money for culture and conflict prevention.”

Baerbock defended her approach to a feminist foreign policy against criticism from the Union. A feminist perspective is part of a security policy for the 21st century. “It’s not gibberish, it’s up to date.”

- Advertisement -
Share
Facebook
Twitter
Pinterest
WhatsApp
Previous articleThe demand for export boosts soybeans and corn in the US; the wheat goes down
Next article“My marriage broke up, I lived in constant fear”: Former star manager Ulrich Schumacher on the accident of his career