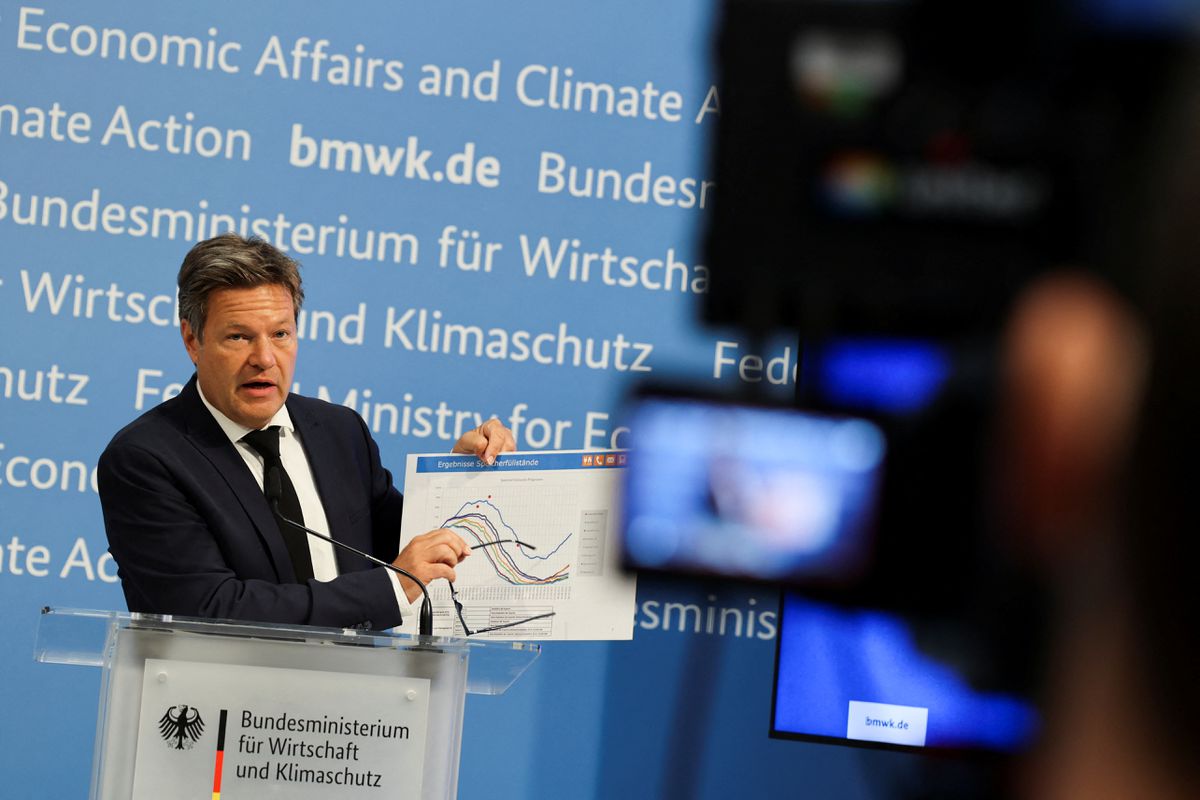 Germany is preparing for possible gas rationing in the event that supplies from Russia are completely disrupted and tanks cannot be filled before autumn. The federal government raised the alert level to a second phase this Thursday after recent gas supply disruptions reduced the amount of hydrocarbon arriving through the main Nord Stream 1 gas pipeline, which is still in operation, to just over a third activated when the government sees a high risk of insufficient gas supply in the long term, and allows companies, for example, to raise prices for consumers in order to reduce demand. However, the Federal Minister for Economics and Climate, Robert Habeck, has assured that this clause will not be activated for the time being. “Gas is now a scarce commodity,” he announced.

The leading European economy has been in phase 1 of its contingency plan since late March as gas flows from its main supplier Russia slowed. “We mustn’t delude ourselves. The gas supply cut is an economic attack by Putin against us,” he said at a press conference in Berlin on Thursday. Habeck confirmed that the supply was guaranteed and called on the Germans to save energy to the best of their ability. It is not the first time that the minister has reminded that “every kilowatt hour counts”; He did just that a few days ago, unveiling a federal campaign encouraging savings and practical advice to use at home, such as: B. reducing the shower time or the water temperature.

Germany’s executive announced this Sunday that it must reactivate its old coal-fired power plants, a fuel it had promised to abandon before 2030, amid the risk of a lack of energy supply due to the Russian invasion of Ukraine. The tripartite government led by Social Democrat Olaf Scholz has proposed a range of measures to reduce gas use for power generation and supplying industry. The priority now is to speed up the filling of the gas tanks in order to achieve almost 100 percent capacity by autumn.

The move comes days after Russia cut gas flow to Germany by two-thirds due to technical problems. A decision which Habeck described as “political” and which he attributed to Moscow’s will to increase the price of hydrocarbons as a means of exerting pressure.

As part of the second phase plan, Berlin is providing a credit line of 15 billion euros to fill gas storage facilities. In addition, a gas auction model will be launched this summer to encourage industrial gas consumers to save. Industrial customers who can forego hydrocarbons and reduce their consumption will receive market-funded incentives. The gas they don’t use is stored.

Since the activation of the early warning stage in March, the Ministry for Economic Affairs and Climate has set up a crisis management team that continuously analyzes and evaluates the supply situation. This working group is also authorized to disconnect certain consumers from the grid if necessary, for example to instruct certain companies to stop their production in order to avoid gas consumption and prioritize that of households. This situation would only be reached in the third phase of the national emergency plan, which stipulates that large industrial customers will receive reduced quantities of gas or no supply if rationing is required.