Germany follows the “nuclear” scenario… Is it ready to face radiation? 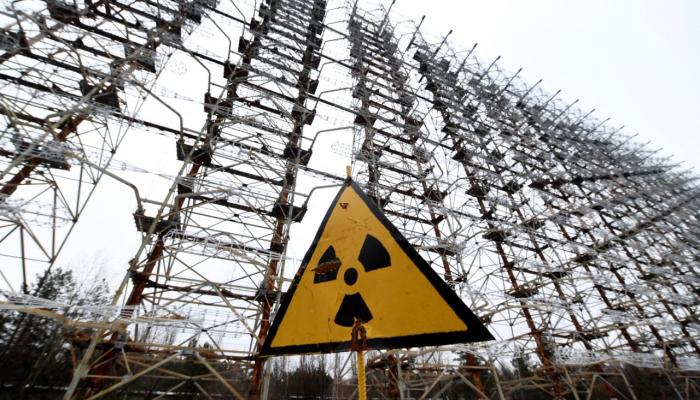 The German Radiation Protection Agency, considering the scenario of the use of nuclear weapons by Russia in Ukraine, is Berlin ready for this possibility?

“We are studying all possible scenarios and of course nuclear weapons are a possible radiological scenario, even if we hope it never happens,” agency director Inge Paolini told the German news agency DPA.

Paolini noted that his authority has been constantly monitoring the situation at the site since Russia’s attack on Ukraine on February 24, adding that he is also closely monitoring the risk of a radioactive leak.

But he noted that this leak has not yet occurred in Ukraine, despite the fierce battles near the nuclear power plants.

Paolini explained that the use of nuclear weapons will also cause the release of radioactive materials, but it will have a different effect than the materials that leak in the event of an accident at a nuclear power plant.

In this regard, he continued, “there is a fundamental difference between an accident involving a large reactor in Ukraine and the release of radioactivity from a nuclear weapon”, adding: “When nuclear weapons are used, the materials have a different composition and they contain more short-lived radionuclides,” meaning they are likely to degrade faster.

“If nuclear weapons were used in Ukraine, the radiation exposure in Germany would likely be lower than if there were a major accident at a nuclear power plant in Ukraine,” he said.

Two days ago, Russian government spokesman Dmitry Peskov said in response to a reporter’s question that Russian security doctrine stipulates the use of nuclear weapons if an “existential threat” exists, in comments qualified by the Department of Defense. of the USA as “hazardous”. .”

Despite Inge Pollini’s optimistic speech, the situation on the ground in Germany is much bleaker in terms of preparations for the scenario of a radioactive leak or the use of nuclear weapons.

A few days ago, Gerd Landsberg, an official with the German Federation of Cities and Municipalities (Government), said that Germany was not prepared for this scenario, adding: “We have a lot to do in terms of civil protection, to catch up.”

According to Landsberg, the central issues of disaster protection have not been followed in Germany for a long time and he explains: “There is no picture of the situation at the national level, there is no warning system to inform the population… There is there are no warehouses in which food can be stored, nor emergency power generators that can be ready to supply the population on a larger scale.

“There has not been any large-scale civil protection training in Germany for many years,” he added.

In addition, continues the man, “most citizens have neglected individual measures, so almost no one has a reserve of water and food for a longer period of time. Many do not even have a battery-powered radio from which they can find out about the government’s instructions in case they go underground.

According to the future director of the Forum for Public Safety, Albrecht Brüme, “modernization is needed to counter the threat of nuclear, biological and chemical weapons.”

In the opinion of Albrecht Brumme, there is “the need to modify civil protection measures, to face the threat of nuclear, biological and chemical weapons”.

According to the German newspaper Die Welt, Broome mentioned this at an expert hearing in the Bundestag (parliament) last year, but no concrete action has been taken so far.

In addition, there are no public bunkers (shelters) anywhere in the country. During the Cold War, Germany owned up to 2,000 public bunkers, but in 2007 the federal government decided to abandon and demolish these bunkers.

According to the Federal Office for Civil Protection and Disaster Response, one of the reasons for the government’s decision in this regard is to assume “a scenario of damage or collapse of shelters without prior notice.”

A spokesman for the Federal Real Estate Agency said: “As a result, there are no longer any public shelters available in Germany”, noting that “there are only 9,000 private bunkers (under buildings), but they are not available for use by the entire world.”

What are the Germans doing?

The Federal Office for Civil Protection and Disaster Assistance says two-thirds of the German population is unprepared for a radiation disaster or nuclear attack, and has given some rudimentary advice on the matter.

The Federal Office advises all citizens to stock up on food and water for times of crisis and make a checklist of things to bring, saying: “A person should be able to survive for ten days without buying or needing water potable”.

He explained that “it is necessary to provide two liters of water per person per day for use in disasters, for a period of 10 days, in addition to battery-powered radios and canned food.”

At the European level, the British newspaper “Financial Times” reported in a previous report that the European Union had accelerated its plans to improve its protection capabilities in the event of a nuclear accident.

The newspaper noted that the European Commission is seeking to develop plans to deal with chemical and biological attacks, after the United States warned that Russia would resort to using such a weapon.

The newspaper noted that pharmacies in countries including Belgium, Bulgaria and the Czech Republic ran out of iodine tablets earlier this month after Russian forces attacked and damaged a Ukrainian nuclear power plant.

The attack prompted warnings about the dangers of a radioactive leak across the continent.

Such leaks release radioactive iodine, which concentrates in the thyroid gland when inhaled and can cause cancer. Potassium iodine tablets saturate the gland with iodine, which prevents the absorption of radioactive substances.

In most cases, iodine tablets are distributed to the population living near nuclear sites, as long as these tablets are kept in the same places as other medicines, in a safe and warm place (15 ° C to 30 °C).

- Advertisement -
Share
Facebook
Twitter
Pinterest
WhatsApp
Previous articleSpain offers discounts on fuel and aid to end the transport strike
Next articleTime for Kiko Martinez vs. Josh Warrington: When are the ring walks to fight this weekend?