Germany: finances most of the additional support to the Ukrainian military 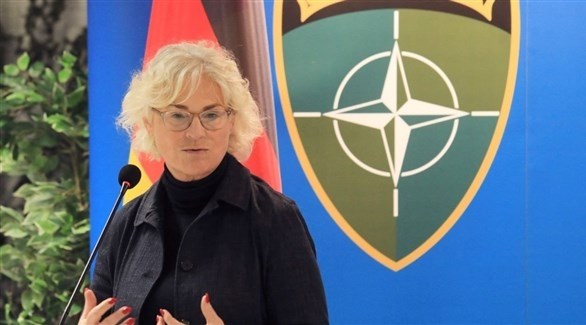 German Defense Minister Christine Lambrecht announced that her country intends to finance more than a quarter of the additional support provided by the European Union to the Ukrainian armed forces.

On the sidelines of a meeting of defense ministers of the European Union, the minister, who belongs to Social Democratic Chancellor Olaf Scholz, said Monday in Brussels that it is good and correct to approve a new program worth 500 million euros for this support, highlighting that his country participates in this program “with a participation of 26%”.

The additional 500 million euros for the supply of weapons and equipment to the Ukrainian armed forces were announced on the 11th of this month on the sidelines of a European Union summit in the French city of Versailles. This aid must now be officially approved.

The bloc had agreed at the end of February to provide a first aid package worth more than €500 million to Ukraine, €450 million of this amount going to purchase weapons and €50 million to other things such as fuel. and protective gear. .

It should be noted that these military support funds are technically provided by the European Peace Fund, a new financing vehicle of the European Union that can be used for purposes that include strengthening the capacities of the armed forces in the bloc’s partner countries. .

This mechanism was awarded the nearly five billion euros that the member states have paid for the period of time between 2021 and 2027.

Russia accuses the West of fueling the conflict in Ukraine through its arms supplies, with Russian Foreign Minister Sergey Lavrov recently saying: “We see how dangerous our Western colleagues, including the European Union, are moving.”