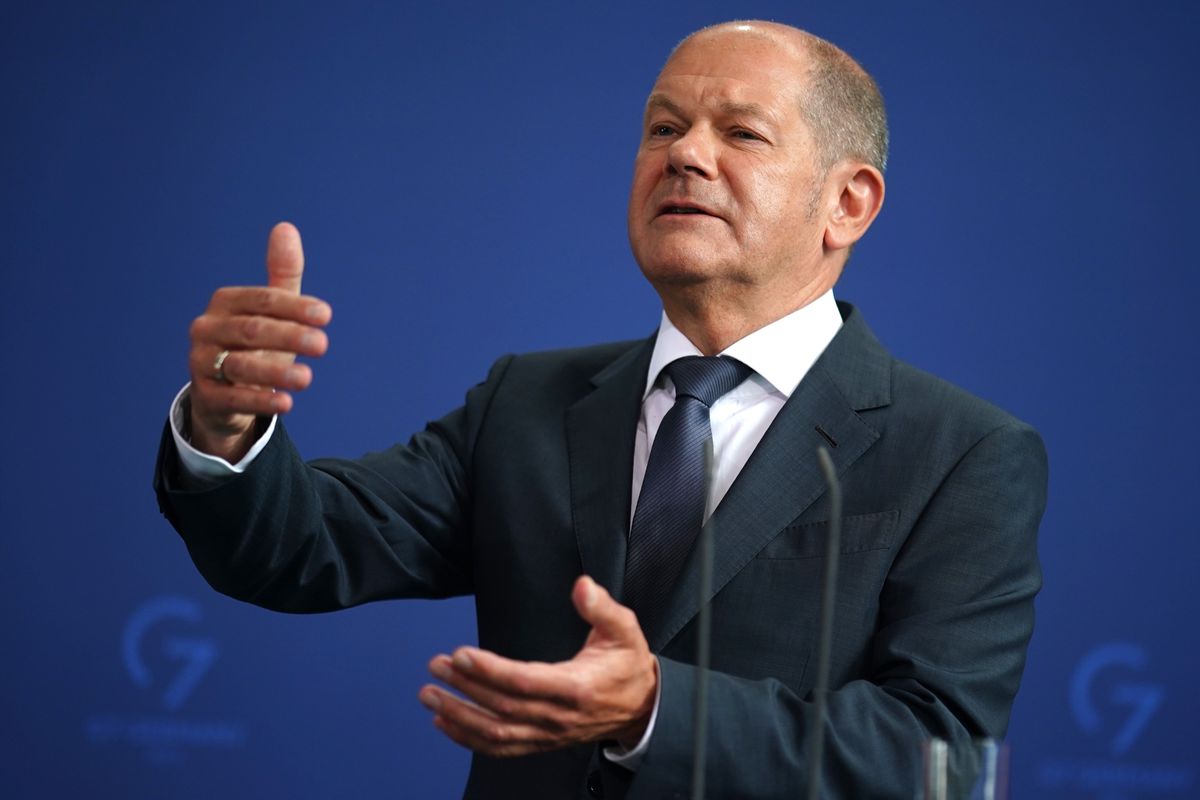 Germany this Friday announced the rescue of the company Uniper to ensure the supply of natural gas worth 267 million euros. Uniper is the largest gas supplier for households and companies in the country. It is also the most important foreign customer of Russia’s Gazprom, which is at the root of liquidity problems related to supply cuts by Moscow and uncertainty about the future.

In an unexpected press conference, Foreign Minister Olaf Scholz, who interrupted his summer vacation to travel to Berlin this Friday, announced his government’s decision to buy 30% of the shares of Uniper, a subsidiary of Finland’s Fortum. The President has also announced that the credit line available to the company from Deutsche Entwicklungsbank (KfW) will be increased from 2,000 to 9,000 million euros.

Scholz justified this by saying that Uniper is a very important company and that this step will stabilize it. But he also reckoned that consumers will face higher energy prices after the bailout. In return, the chancellor promised the relief of a major housing benefit reform and promised the citizens not to leave them alone. “You’ll never Walk Alone(You will never walk alone), Scholz said in English, paraphrasing the famous Liverpool anthem. “We are strong enough to achieve it,” he added, stressing that his government “will do whatever is necessary” to achieve that goal.

The rescue negotiations between Fortum and the German and Finnish governments have been dragging on for several weeks. According to the German media, Berlin is promoting additional support from Helsinki. As the Chancellor explained, the German state will buy Uniper shares at a par value of EUR 1.70, although they are listed significantly higher on the stock exchange. In this way, Fortum is also making a “contribution,” he emphasized.

“All these measures help to stabilize the company, which is crucial for supplying gas to citizens and businesses in Germany,” said the Chancellor, recalling that the reason for the company’s difficulties lies in the disruption of gas supplies from Moscow . Uniper supplies numerous companies and more than 100 municipal utilities in Germany with gas and officially applied for public aid on July 8.

Uniper’s parent company is Fortum, which will retain 56% of the company and whose shares are listed on the Helsinki Stock Exchange. As the gas group itself announced, the rescue operation provides for a capital increase of around 267 million euros and excludes shareholders’ subscription rights. At the time of the announcement, the share was listed at around 11 euros, but then headed for a minus of over 30%. In addition to the direct purchase of shares, the federal government has announced that it will provide additional capital via convertible bonds if necessary. These instruments initially provide for an amount of up to 7,700 million, with Berlin having made it clear that an increase is possible without any problems if it does not cover possible losses.

Scholz also used his presence in Berlin to call the European Commission’s (EC) proposal to cut natural gas consumption by 15% – a measure opposed by some southern partners such as Spain – “right”. “European solidarity must apply to everyone,” assured the Chancellor.

Previous articleComment on Uniper: It will be difficult – for all of us
Next articleSarah Connor in a celebratory mood: Sister ‘Lulu’ celebrates dreamy summer wedding