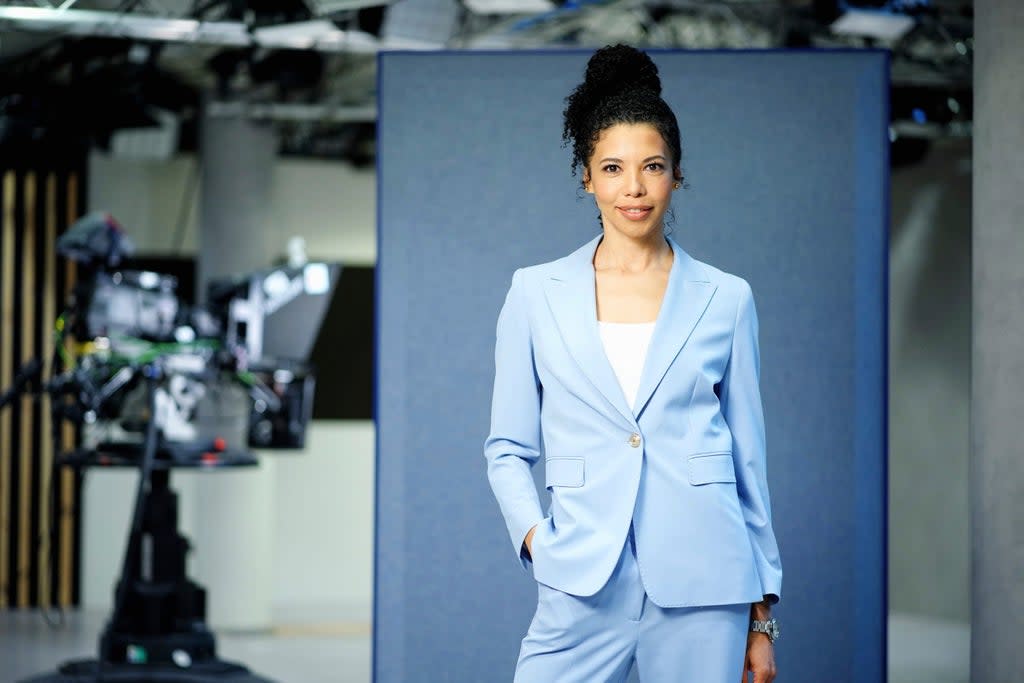 German broadcaster RTL has hired a Ukrainian presenter to host a daily news program for others who have fled their homeland following the Russian invasion.

The commercial broadcaster said Karolina Ashion will present a 10-minute Ukrainian-language news program from Monday to Friday aimed at the nearly 200,000 people who have already arrived in Germany from Ukraine in the last month.

“We want to reach people who are on the run right now, who have to leave their home country, who may not speak English, and that’s why we’re doing a news offering in Ukrainian,” said Malte Baumberger, project manager from RTL. Ukraine update program. “So these people can find out what’s going on in their country right now and what the political situation is.”

Ashion arrived in Germany just a week ago, after an arduous journey from kyiv through Moldova and Romania.

Her male colleagues, who are not allowed to leave Ukraine if they are between the ages of 18 and 60, continue to broadcast from a bomb shelter in the country’s capital, she said.

“My life has completely changed,” Ashion said, “but I am Ukrainian and I want to be like a voice of freedom for the people. For all the people who are suffering from this (war).”

RTL said it plans to further expand its “Ukraine Update” news offering by hiring more Ukrainian journalists. The show is available through various RTL and N-TV online platforms and YouTube.