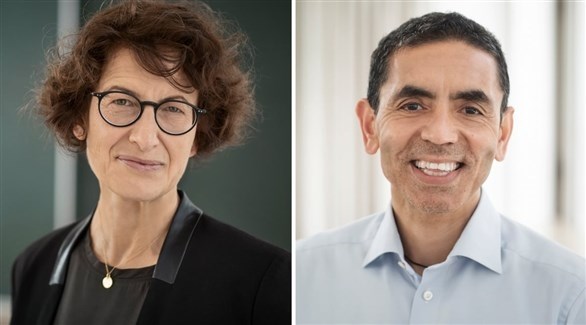 The founder of the German pharmaceutical company Biontech, Ugur Sahin, has established a scientific department for messenger RNA-based cancer immunotherapy at the Helmholtz Institute “Hi-Tron” in Mainz, in western Germany.

The idea is to stimulate the immune system to fight cancer with special DNA molecules.

The German Center for Cancer Research “DKFZ” in Heidelberg announced today, Tuesday, that the great advantage of this method is that it allows individual tumor vaccines to be produced relatively easily and quickly.

It is worth noting that Biotech is already using messenger DNA technology in its own corona disease vaccine,
The High-Tron Institute is collaborating with the Medical School of the University of Mainz and the Johannes Gutenberg University.

The DKFZ Center explained that the goal is to develop effective immunotherapies and identify new biomarkers for the treatment of oncological diseases in order to further improve personalized cancer treatment, and the institute reported that the collaboration with Shaheen began last February.

Last December it was announced that Şahin’s wife, Ozlem Şahin, had taken up a teaching position at the Hi-Tron Institute in a specialty devoted primarily to the development of personalized cancer treatments. The scientist Ozlem Şahin is a co-founder of Biontech and also He is the Medical Director of the company.

The Hi-tron Institute is located in the building of the Faculty of Medicine of the University of Mainz, but it is expected that in a few years it will move to the new laboratory building of the institute. The institute had received initial funding from the state of Rhineland-Palatinate (of which Mainz is the capital), the medical school, and the university.

Since last year, the institute has been funded up to 90% by the federal government, while the state government of Rhineland-Palatinate has taken over the rest of the institute’s funding.

The Latin phrase “HI-TRON” is an acronym for “Helmholtz Institute for Translational Oncology in Mainz”.
The DKFZ Institute says it is the largest biomedical research institution in Germany, with more than 3,000 employees.

- Advertisement -
Share
Facebook
Twitter
Pinterest
WhatsApp
Previous articleWhat is UN Anti-Racism Day and when do protests take place in UK cities?
Next articleBelarus in the Ukrainian war… Russia’s shield against the “stab in the back”