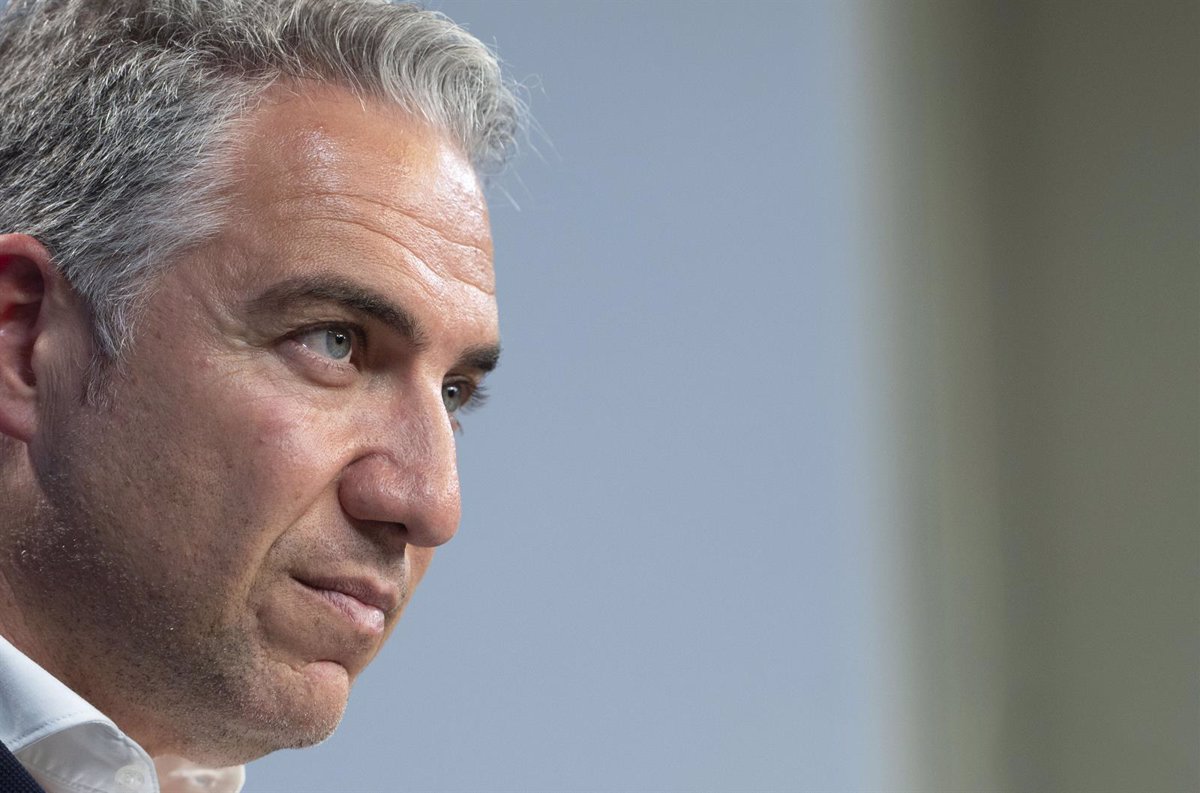 Bendodo emphasizes that the PP has “stopped” Vox and is relying on centrality: “The party has always won as a unit and in a concentrated manner.”

He sees the “sanchista model” as “exhausted” and stresses that the results in Andalusia have shown that the PP has “no upper limit”.

The general coordinator of the PP, Elías Bendodo, assured this Monday that the result obtained by the PP in the Andalusian elections was a “decisive and firm step” for Pedro Sánchez to “leave Moncloa”. He also pointed out that a similar result could be achieved in a general election, since, as he stressed, Sunday’s elections showed that the PP “has no ceiling”.

This was announced at a press conference at the PP headquarters after the meeting of the party’s steering committee, chaired by Alberto Núñez Feijóo, which focused on analyzing the outcome of this Sunday’s elections almost monographically. In these elections, Juanma Moreno achieved an unassailable victory with 58 deputies and more than 1.5 million votes, guaranteeing him a comfortable absolute majority against a PSOE that had its worst ever result with 30 seats.

Bendodo has indicated that the “sanchista model” is “exhausted” and has stressed that the “historic” results of the PP “represent a model perfectly identifiable with that of Moreno in Andalusia and Feijóo in Spain”. In his opinion, what happened in Andalusia is “very symptomatic” of how far the “overarching support” of the PP can go.

“Yesterday the clock started a countdown for Sánchez to leave Moncloa,” he said, although he acknowledged that the chief executive would call the general election “when he is most interested.” Of course, he has predicted that before the 2023 local and regional elections, they can see how Sánchez “is not claimed by the territorial leaders” for him to go into their territories.

After stressing that citizens already see the PP as a “clear alternative” to the PSOE executive and United We Can, he insisted the June 19 results were a “decisive and firm step for Pedro Sánchez, La to leave Moncloa and the seriousness, good management, experience and sensible politics that Feijóo embodies”.

“IF THE PP WORKS WITH UNITY, IT’S UNBEATABLE”

Furthermore, the General Coordinator of the PP pointed out that the data in Andalusia is also an example that “when the PP works with unity, it is unbeatable”. “The PP has always won as a team and with focus,” he asserted.

In this sense, he emphasized that his party “gets great results from the centre”, adding that the PP “must always have one foot in the middle and the other foot able to swing left and right”.

After highlighting that the PP was “prepared and activated” to face the general elections, Bendodo pointed out that the party’s result in Andalusia had also shown that the PP had “no ceiling”. “If the PP is able to get an absolute majority, the PP in Spain has no ceiling,” he added.

VOX AND YOUR EXPECTATION MANAGEMENT

In the case of Vox, PP’s “number three” has indicated that it will be Santiago Abascal’s party that will have to explain why it has achieved a lower result than expected with the candidacy led by Macarena Olona.

In his opinion, one must be able to manage “expectations” in the election campaign, after this formation had targeted more than twenty MPs and ended up with 14, only two more than in 2018.

Bendodo has highlighted that the PP has “tripled” in seats and percentage of the vote compared to Vox. In his opinion, the result of the People’s Party shows that it has also succeeded in “stopping” the expectations that this party has of the polls.

“And not only to stop Vox, but also to step on the gas pedal to move many kilometers away from the PSOE in Andalusia,” he said, attributing this success to Moreno’s “measured, thoughtful and calculated” campaign with “much more positive, targeted.” work and without attacking anyone.

He emphasized that “the campaign team makes a suggestion for every insult”. “I think the citizens got the message because they are fed up with tensions and politicians blaming each other,” he explained, later adding that Feijóo was “a great asset” in the campaign , in which the ” overturned and frayed” with plots parallel to Moreno.

“ANDALUSIA IS NOT A FARM OF ANY PARTY”

After 37 years of socialist government in Andalusia, Bendodo stressed that the results show that this municipality “is not the farmhouse of any party” except those who “know how to manage and solve citizens’ problems”.

Also Minister of the Moreno Presidency, has indicated that this is the “best result in its history” of the PP in this country, which has won over 40% of the votes in all provinces, even in historic PSOE squares such as Seville, where the “people” had never triumphed in democracy.

In addition, he stressed that the PP had won “in more than 70%” in 567 Andalusian municipalities, including “fiefdoms of socialism such as Dos Hermanas”. “It is clear that Moreno is firmly in the middle of the political table and has opened the door for many PSOE voters who do not recognize their current party or leader,” he said.

According to Bendodo, Andalusians have rewarded “good management” with tax cuts and a government that “solves problems” rather than creates them. In addition, he has reiterated that citizens are “tired” and “fed of the trenches” and want governments “that are able to agree with everyone and talk to them”, as Moreno believes in the did last election term.

In the same way, he stressed that Andalusians want “public services to work” and that they have realized that the three flags raised by the socialists with education, health and social services were “three scams”.

- Advertisement -
Share
Facebook
Twitter
Pinterest
WhatsApp
Previous articleAccording to Inclusion, a hundred families are taking in Ukrainian refugees
Next articleBoric’s party spokeswoman on a new constitution: “It’s a challenge for the whole of society and the whole state”