‘Génova’ denounces Sánchez’s “contempt” for the presidents of the PP for quoting Moreno, Mañueco and Rueda “all at once”. 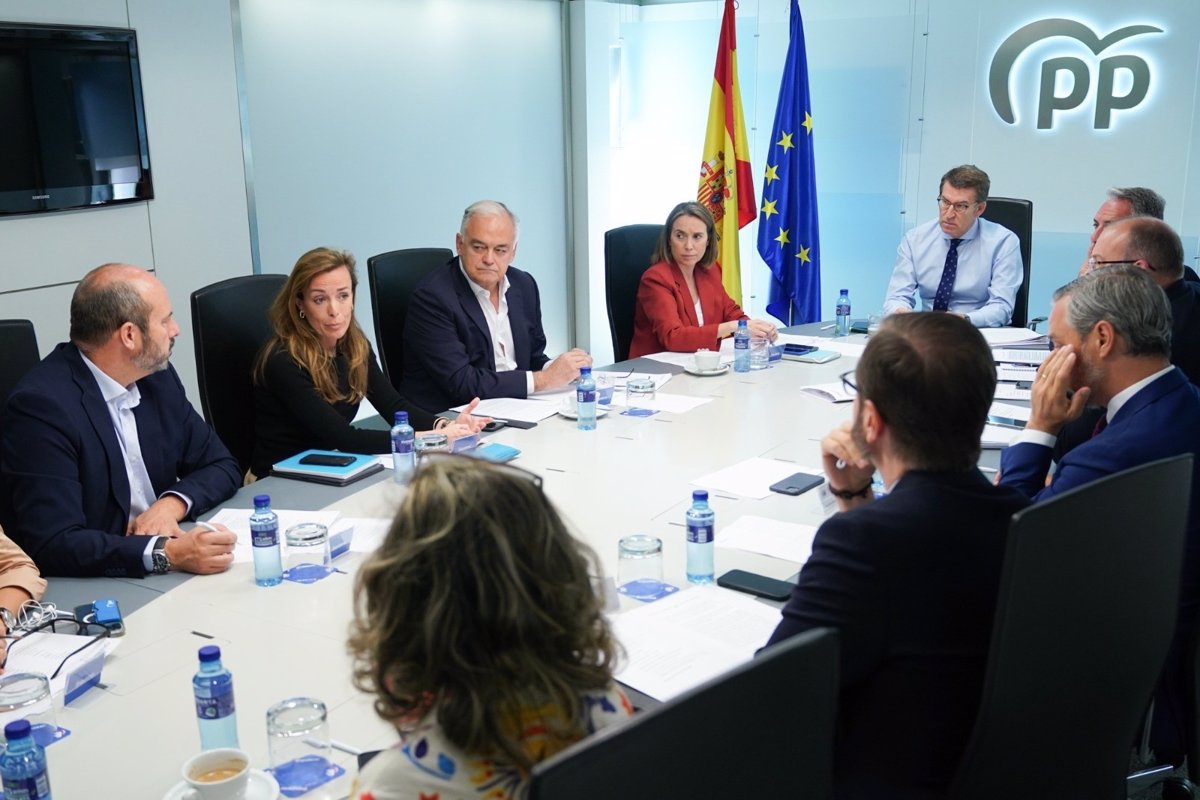 He criticizes that he accumulates them almost in early August while half the country is on vacation: “It’s like going to the doctor”

The national leadership of the PP considers that the actions of the chairman of the board, Juanma Moreno, Alfonso Fernández Mañueco and Alfonso Rueda receiving “in one fell swoop” on the same day demonstrate Pedro Sánchez’s “rudeness” and “contempt” for the presidents of the PP substantiate PP, as they pointed out to the Europa Press sources.

“It’s like going to the doctor. And on top of that almost at the beginning of August and half the country on vacation”, the leadership of the PP, led by Alberto Núñez Feijóo, complains that Sánchez quoted July 28 at the Palacio de la Moncloa to the Presidents of Andalusia, Castilla y León and Galicia, all from the Popular Party.

In “Genoa” they warn that this prime minister’s “settlement” with three prominent regional PP “barons” is actually a “recklessness” towards the more than 14 million citizens who live in these communities. “They are not presidents of the PP, but regional presidents,” they proclaim.

The “populars” feel that the meeting of three CCAA presidents on the same day confirms that Sánchez wants these meetings to go unnoticed and therefore does not give them the “institutional relevance” they deserve.

PP sources also criticize the delay in receiving some of them, as in the case of Mañueco, who took office on April 19, or Rueda, who did so on May 14. In the case of Moreno, his inauguration took place last Saturday.

They also contrast this delay with the diligence with which Sánchez acts towards the President of the Generalitat, with whom he held a meeting two weeks ago in Moncloa, at which it was agreed that the dialogue table would be convened at the end of July.

In ‘Génova’ they rule out that Rueda, Moreno and Mañueco will meet Feijóo in advance to draft a joint agreement strategy, according to PP leadership sources, who recall that Feijóo was regional president and his ‘autonomous “ Profile maintained. by the presidency of the PP. For this reason, they emphasize that each president will set out the priorities of his territory and the demands of his citizens.

Of course, this Tuesday at the meeting of the PP’s National Executive Committee, Feijóo will have the opportunity to speak to their regional presidents and take stock of the political course. It is expected that he will later celebrate a luncheon with them, as has happened on other occasions.

The “population” assures that Sánchez’s behavior towards the PP Presidents is just another “Brussels to those who are used to the Prime Minister” who, according to the sources consulted, has not accepted any of the PP’s pact offers.

In Genoa, for example, they recalled their economic plan, their pact offer for security and defense, or the judiciary’s proposal to push ahead with the depoliticization and independence of the judiciary. “We haven’t even received an acknowledgment of receipt,” they complain in the Feijóo team.

“Pedro Sánchez has made rudeness and contempt his usual way of treating the PP,” emphasize the same sources, who indicate that despite this attitude, the PP president will continue to approach the governor and will bet on a “Pactist policy.”

In fact, PP sources believe that Sánchez is “losing the dialogue battle” because he “refuses to listen to proposals from the main opposition party.” “Forms matter in politics, too,” they say.