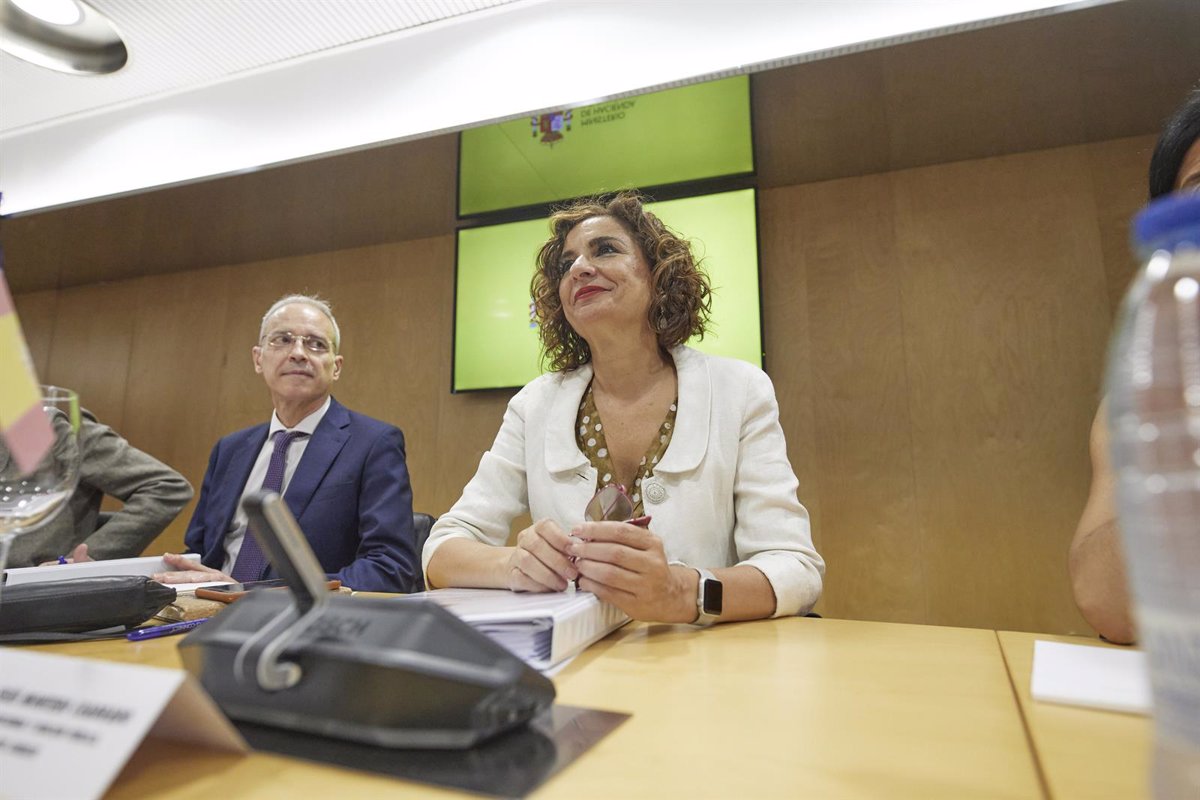 The preparation and approval of the General State Budget (PGE) for 2023 is one of the main goals of the Ministry of Finance and Public Administration for the second half of the year.

This is reflected in the new issue of “Compliance”, the report on the work of the executive branch, which was presented by the district president last Friday.

According to the department headed by María Jesús Montero, these public accounts will be “essential” to consolidate economic growth, strengthen the welfare state and respond to the aftermath of the war. All this with the help of European funds to transform the production model.

Likewise, the Ministry of Finance and Public Administration will continue to focus on measures to mitigate the economic impact of the invasion of Ukraine in the coming months.

In this sense, one of the keys will be the implementation of the energy saving and efficiency plan in the general state administration and the parliamentary processing of taxes on financial institutions and energy companies in order to distribute the burden of war more fairly.

MEASURES TO MITIGATE THE EFFECTS OF INFLATION

The work of the Ministry of Finance and Civil Service in the first six months of the year was marked by the adoption of measures to alleviate the impact of the high inflation caused by the war on families and the productive fabric.

With that in mind, the government has approved initiatives aimed at mitigating the impact of rising prices on the middle and working classes, protecting vulnerable groups and supporting the hardest-hit sectors of the economy.

Therefore, the tax reductions associated with the electricity bill have been extended until December 31, 2022, including an additional reduction in VAT on electricity to 5%.

The extension of the tax measures until the end of the year implies maintaining the reduction of the special tax on electricity from 5.1% to 0.5%, the minimum tax allowed by the regulations of the European Union and the suspension of the value tax for the whole year 2022 Electrical energy production (Ivpee). All of this assumes an 80% reduction in electricity taxpayers.

Likewise, the Ministry of Finance and Civil Service, through the tax authority, also had to develop and implement other measures, such as the bonus of 20 cents per liter of fuel, subsidies for affected sectors such as transport companies or the gas-intensive industry, and more recently the EUR 200 subsidy for households with an income of less than 14,000 euros.

Apart from the measures adopted in the decrees in response to the war, the department headed by María Jesús Montero has the administrative capacity for the execution of the Reconstruction, Transformation and Resilience Plan through the establishment of the State Register of am Strategic Projects for Economic Recovery and Transformation (Reperte) and the necessary procedures for their application by the Ministries.

Another milestone achieved in those six months was the creation of a talent recruitment plan to curb the General State Administration’s aging problem.

During this first half of the year, the Tax Reform Committee of Experts also presented the white paper with its proposals. A document analyzed by the Ministry of Finance and Public Administration, taking into account the current economic context and the need to continue stimulating growth and quality job creation.

Likewise, the commitment to bring the administration closer to the citizens and to promote the support of the taxpayers continued during these months. Notable among these initiatives is the expansion of the Comprehensive Digital Assistance Administration (ADI) with new headquarters in Madrid-Getafe, joining those in Valencia and Vigo. Or, in cadastral matters, the operation of a system of attention to the citizen by video conference called Direct Cadastre.