GDP accelerates its growth to 1.1% in the second quarter, with an increase in private consumption 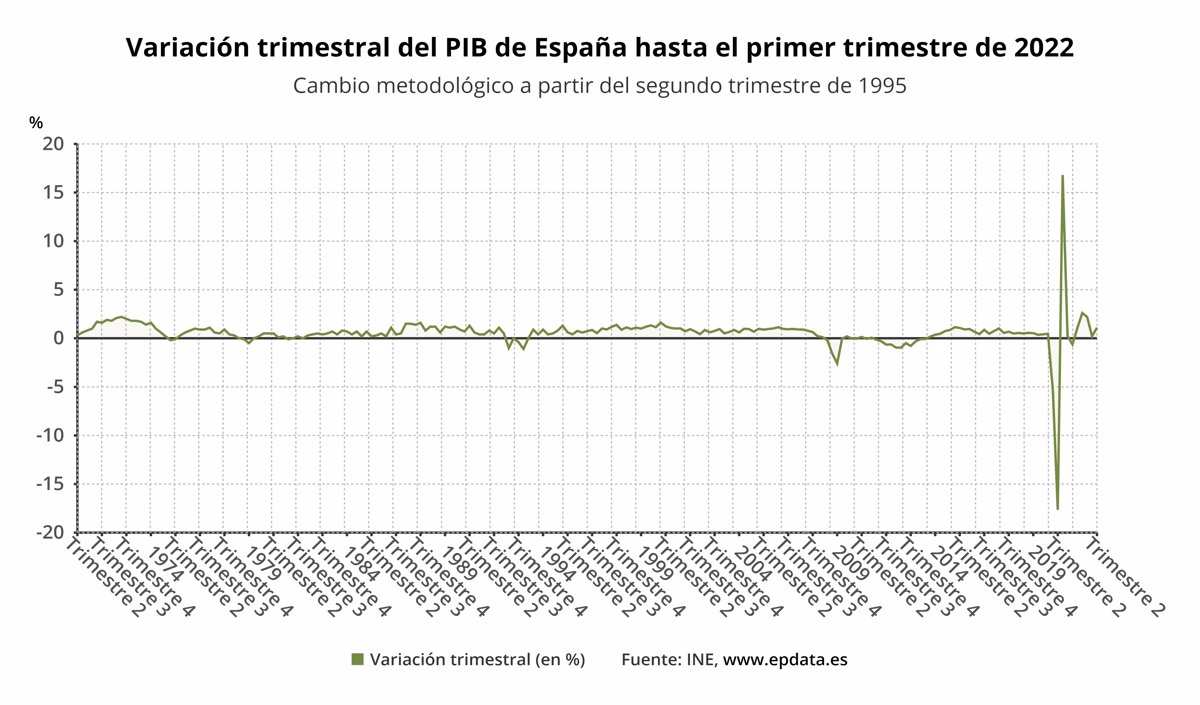 The Spanish economy accelerated its quarterly growth between April and June, reaching 1.1% compared to 0.2% in the previous quarter, according to national accounts data released by the National Institute for Statistics (INE) on Friday. ).

In the second quarter, domestic demand started to lead economic growth, mainly due to the strong rebound in private consumption (which slowed to 3.2% from negative growth) and the maintenance of investment momentum.

Quarterly GDP growth, the fifth straight, is seven-tenths ahead of Banco de España’s forecast, which in its latest forecast for the second quarter had forecast growth of 0.4%.

However, Statistics has explained that the preliminary data for this second quarter was compiled from statistical indicators that provided results up to May, just as the Russian invasion of Ukraine was taking place.

However, as with the preliminary results of the previous quarters, also on this occasion the INE was able to supplement the basic information usually used with preliminary results of some sources, referring to the month of June and based on estimates of indicators, administrative data and other additional sources that complement the usual ones, all in line with the recommendations of Eurostat and other international statistical organizations.

Year-on-year fluctuation in gross domestic product is 6.3%, according to INE, a similar rate to the first quarter of 2022.

Previous articleSpain’s economy grew 1.1% in the second quarter despite war and inflation
Next articleBritish Airways parent IAG in profit zone