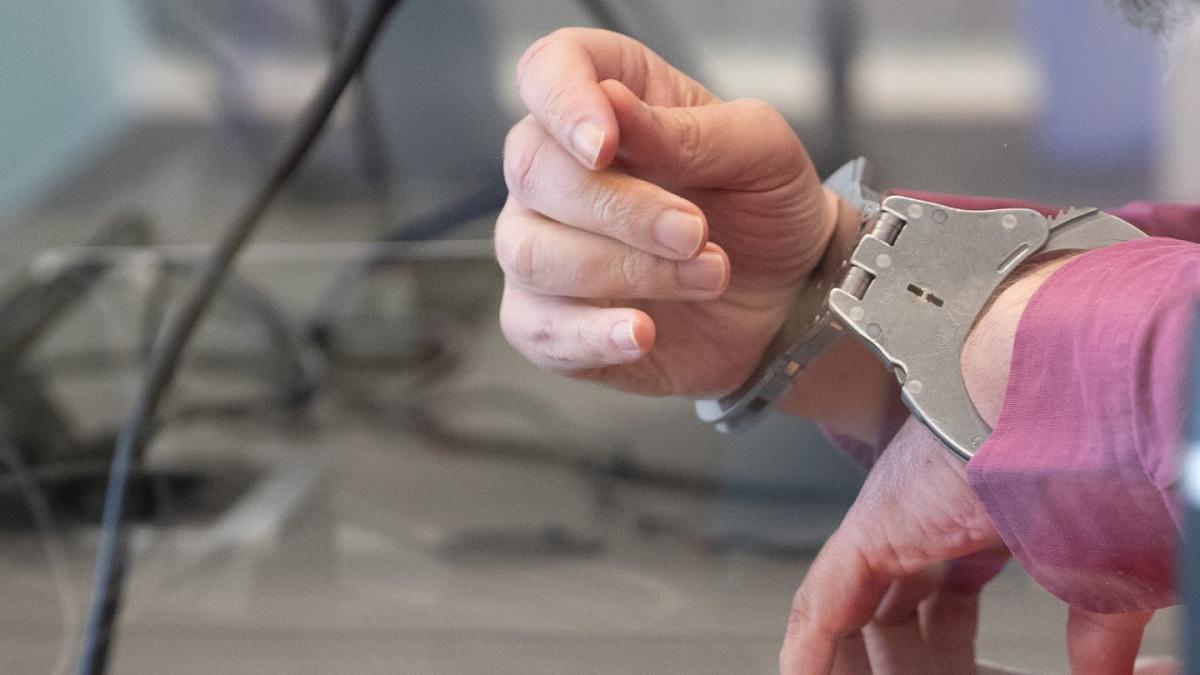 Bad Kreuznach (dpa) – Six months after the fatal shooting of a gas station attendant in the dispute over the corona mask requirement, the defendant confessed to the crime.

“I am deeply sorry,” the 50-year-old told the Bad Kreuznach district court on Friday in a written statement that was read out by his lawyer. To this day, he cannot explain his actions. He is aware of the seriousness of the crime and apologizes to the relatives of the 20-year-old victim.

The German defendant described what he believed to have happened on the night of September 18, 2021 in Idar-Oberstein (Rhineland-Palatinate). He drank too much before the crime, “and the fuse blew,” the man reported. He had already downed seven to eight pint cans of beer and wanted to stock up on more beer at a gas station. There he felt provoked by the behavior of the gas station attendant because the man repeatedly and categorically pointed out the obligation to wear a mask and did not want to sell him a beer because he was not wearing a mask.

He left without beer, bought three to four half-liter cans at another gas station, and drank them at home. He was increasingly upset by the behavior of the gas station attendant that he had just experienced. He grabbed a loaded revolver from his nightstand and drove back to the gas station, deciding to engage the clerk in an argument and shoot him “to set an example.”

The victim’s mother, who was admitted as a joint plaintiff in the process, was visibly shocked and horrified by the description. In the afternoon, the woman addressed the accused: “I can’t forgive you.” He couldn’t expect that of her. The 50-year-old man, only steps away from the woman, replied in a shaky voice, “I can’t wait for you to forgive me. But I want you to know that I’m sorry.”

When he returned to the gas station, he first stood in line with his mask on and waited until it was his turn, the accused described what happened from his point of view in the morning. He then lowered his mask, said something to the gas station attendant, “pulled the gun out, cocked the hammer and pulled the trigger,” he answered a question from presiding judge Claudia Büch-Schmitz. She can’t remember exactly what was going on in his head. He didn’t see any other people at the gas station.

He only remembers bits and pieces of what happened after he was shot, the 50-year-old said when asked. He somehow drove over to his house and said something to his roommate: “I’ve done a lot of shit.”

According to his own words, the attacker suffers from asthma and a narrowing of the trachea. That’s why he didn’t want to wear a mask. He only wears masks once in a while when he goes shopping, and usually only up to under his nose. He became more and more isolated over the months, informed himself on Internet forums, lived more and more in a “bubble”, and was also linguistically “crude”.

He added: “At some point I was really angry” about the Corona measures and the politicians. He had the feeling that the state was watching its citizens more and more closely, “as it used to be in the GDR”. The defendant’s family fled from the GDR to the Federal Republic in the mid-1970s; he himself was born in Leipzig.

He did not have a certificate that would have exempted him from the mask requirement, he told the judge. It was a “humiliating thought” for him to have to “reveal the state of his health” from him.

From his point of view, the corona restrictions were also responsible for the fact that he was not allowed to go to his father’s funeral. He shot himself after suffering from severe cancer in 2020 and had previously severely injured his wife, the defendant’s mother, with a shot to the face. He was also not allowed to visit his injured mother in hospital due to Corona requirements. He has since died of cancer.

“The worst thing was the mask requirement,” he said, recalling the corona restrictions. She felt powerless and “as if her back was against the wall”. This sentiment was then unloaded on the gas station attendant. In 2020, the corona protection measures would also have caused a drop in orders in his business as a freelance IT developer. That is why he had to temporarily suspend the payment of his mortgage loan installments.

The act had caused horror throughout the country. The 50-year-old German is also charged with illegal possession of weapons. Before the trial began, the lawyers had made it clear that they had doubts that the characteristics of the murder of malice and low motive were met.

In the afternoon, the 20-year-old’s mother described her harrowing experiences that night when her only child was shot, and how she learned of his death. Her son was a very helpful and happy person, the world had become darker since her death.