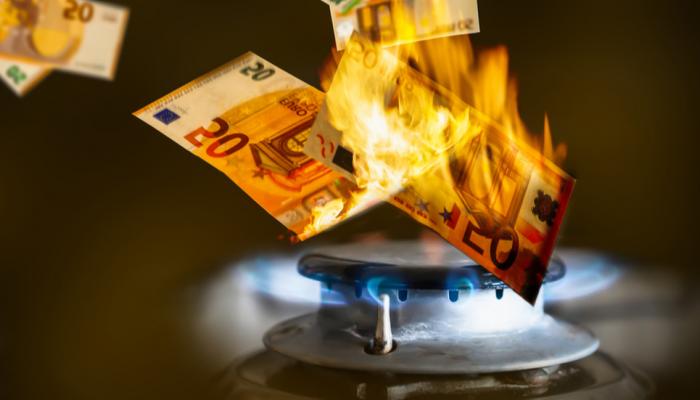 With Russia’s decision to convert payments for natural gas exports to Europe into rubles, the old continent may experience its worst energy crisis since the 1970s.

President Vladimir Putin ordered the Bank of Russia to develop a mechanism for natural gas payments in rubles within a week, at a meeting with his government, while Russia, which has called the United States, the United Kingdom and EU members said it would continue to supply gas to meet demand.

The news sent record gas prices up more than 30%, and may mean that some terms of Russia’s contracts with European customers, which are mostly in euros, will need to be renegotiated, and any supply disruptions as a result of the rule change exacerbate the energy crisis in Europe.

Putin has indicated that Russia must stop using “deficit currencies” in natural gas transactions in response to US and European sanctions, according to a text posted on the Kremlin’s website. “It is clearly not logical that we supply our products to the European Union and the United States in exchange for payment in dollars, euros and other currencies,” he said.

The Kremlin’s comments come as Russia faces unprecedented sanctions from Western countries and their allies, isolating its economy from the rest of the world, restricting its ability to export and import goods and accessing much of its foreign exchange reserves.

Meanwhile, benchmark European gas prices rose to a two-week high of €113.74 per megawatt-hour, the ruble gained more than 8% against the dollar but quickly parried its rally, and the Russian currency traded to a maximum of three weeks. at 99.25 per dollar, an increase of 4.3% as of 17:30 Moscow time.

The price of futures contracts for the month of April also rose to 1,504 dollars per thousand cubic meters, for the first time since the beginning of March.

“Gazprom will have to invite buyers to accept a change in the payment terms of the contracts,” said Trevor Sikorsky, director of natural gas, coal and carbon at Energy Aspects. The company can reopen contracts and buyers can, for example, demand shorter periods.

The latest bond bulletin of the gas producer “Gazprom” indicated that about 58% of its total sales abroad were in euros during the third quarter of last year, compared to 39% in US dollars.

Earlier this month, Russia announced a list of 48 hostile countries that included the United States, Japan, all members of the European Union, Switzerland and Norway. As a result, the bulk of Russian gas exports are now shipped to “enemy” countries. .

“I would also like to emphasize that Russia will continue to supply natural gas in accordance with the volumes, prices and pricing mechanisms stipulated in the current contracts,” Putin said.

During the first fifteen days of March, “Gazprom” exported the equivalent of 500 million cubic meters per day to countries outside the former Soviet Union, including countries joining the European Union, as well as China and Turkey. The data of the gas producer showed that the average flows to Europe reached a full volume Its capacity is 384 million cubic meters per day.

Novak noted that the gas price increase to $4,000 (per thousand cubic meters) is not an end cap, so prices are likely to go higher.