Gargash: UAE is working to rebuild bridges to bring stability to the region 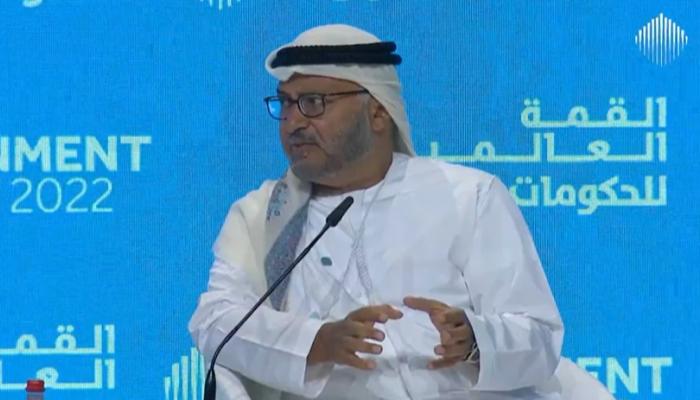 Diplomatic adviser to the President of the United Arab Emirates, Dr. Anwar Gargash, said that his country is focused on turning a new page in the region by building and strengthening relations.

In a speech during a discussion session at the World Government Summit in Dubai on Tuesday, Gargash said the Arab region should keep pace with other world regions that are more modern than it, focusing on non-political issues such as food. and health, and that the Corona pandemic is the most prominent example of this.

And he indicated that the Arab region witnessed a difficult decade, and if it did not keep pace with the modern multipolar world, it would suffer greatly, noting that every attempt at democracy in the region turned into either an ideology or tribalism, and we need a effective system of government.

The diplomatic advisor to the President of the UAE indicated that the mentality that dominates the world now remains the one that prevailed during the 19th century, while the global international system still revolves around old themes such as nationalism, state sovereignty and the use of of the strength. and we believe that this is one of the most important problems facing international relations right now.

Gargash explained that the UAE has always been focused on working with Iran, seeking solutions that ensure stability and peace, whether with Tehran or others, and communicating with various friends and even enemies, to rebuild bridges and work on a plan for stability. of the region as a whole.

This morning the World Government Summit was kicked off in Dubai under the slogan “Shaping the governments of the future”, coinciding with the conclusion of the activities of “Expo 2020 Dubai”.

Under its umbrella, the summit brings together a group of government leaders, ministers, senior officials, decision makers, pioneers of ideas and specialists in financial, economic and social affairs from different countries of the world, to exchange experiences, knowledge and ideas to contribute promote development and prosperity throughout the world.