Garbage collectors or pillars of the circular economy? 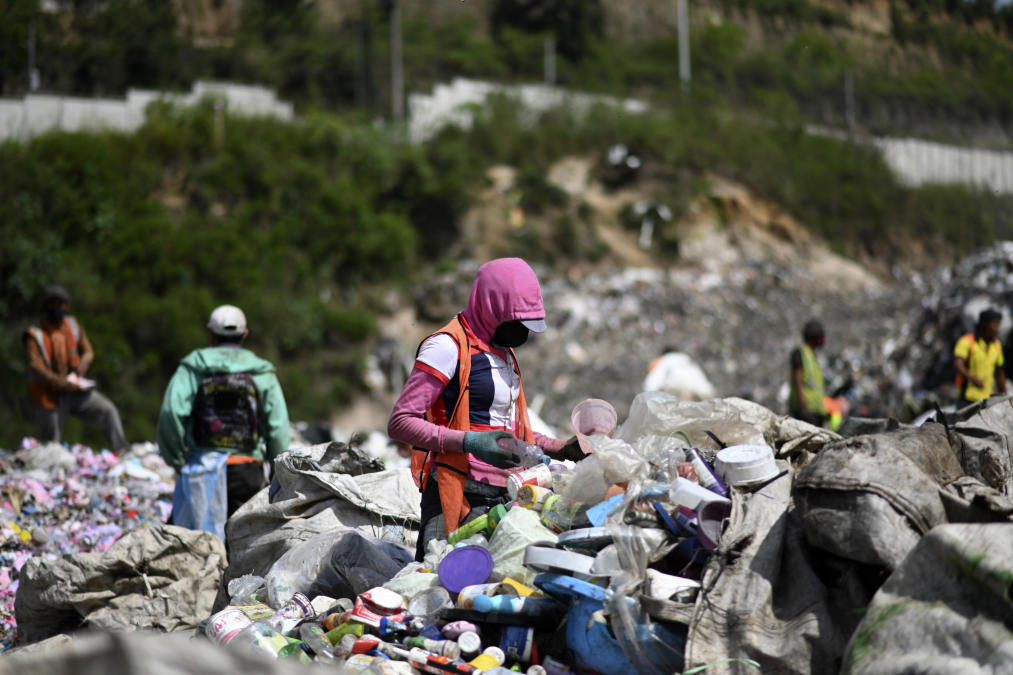 The word “pepenar” comes from the Nahua word pepena, which means to choose, to collect. That is why in Mexico, Honduras and Nicaragua people who are dedicated to collecting and selecting waste are called scavengers. In other countries like Chile and Argentina, they are called cartoneros. In Venezuela, the dice are collectors.

Thus, the scavengers or cartoneros are placed in the lowest stratum of the linear economy, in which we take raw materials from nature to manufacture products that are quickly discarded. In this model, Latin American cities are large products of waste that is indiscriminately quartered in huge sanitary landfills.

People with sufficient resources buy canned drinks, shoes, toys or artifacts packaged in cardboard. Plastic wrappers, cardboard boxes, empty bottles quickly land in the dump. And many of the items we buy at a high price also end up in the dumpster when we decide their useful life is over.

It is up to the scavengers to separate this waste to select what could have a commercial value. What for most is just garbage, for a cartonero is a source of income. They separate the aluminum, copper, cardboard, plastic, polyethylene terephthalate, known as PET, and sell it to reusing companies, which use these materials to start another cycle of industrial production.

Huge amounts of waste are deposited daily in garbage containers, but they are also thrown in the middle of the street, on sidewalks, squares, parks and beaches. The life of the picker is to travel the communities for hours, pulling a cart or pedaling a tricycle to collect waste. It also searches the containers provided by the municipalities to facilitate the work of the garbage trucks.

Some dedicate themselves to rummaging through open dumpsterswhere millions of tons of waste are quartered indiscriminately and with few environmental protection measures.

A few years ago, the Mexican publication Lider Empresarial explored what the sacrificial pepena business was like. What it showed was that few dedicate themselves to the pepena because they want to. Can pickers are people who have been excluded from the labor market due to lack of qualification or age. According to the Ecological Recyclers of Aguascalientes (REA) in 2018 there were 9,000 people in the entity who lived from the scavenging and a 70% were elderly people.

The waste processing capacity depends on the resources available to each collector. Those with vehicles such as trucks and bicycles may have more carrying capacity than those on foot.

A can of soda weighs about 15 grams, so a scavenger has to collect about 66 cans to collect the kilogram with which he will earn less than one US dollar.

An important link in the circular economy

The work of the people dedicated to the separation of waste has a radically different weight in a circular economy, which is the model of production and consumption that most countries will probably adopt in the future, so as not to consume the natural resources of the planet and that It involves sharing, renting, reusing, repairing, renovating and recycling existing materials and products whenever possible to create added value.

The objective of the circular economy is to extend the life cycle of products and reduce what we now call waste as much as possible.

tan alone in the San Nicolás landfillwhere some 1,050 tons of garbage from the eleven municipalities of Aguascalientes are quartered daily, scavengers recover 13 tons of material that never reaches the landfill, because they go directly to an industrial reuse process.

And of the solid waste that reaches the dump, Some 200 people rescued another 2% of the total of that waste to go to a recycling process. It is an immense task that they carry out for the meager income that the recycling companies pay them.

Observers assure that the Mexican city halls do not have the capacity to process this waste without the help of those workers who they do not receive any financial compensation for that necessary classification, nor are they affiliated with Social Security.

It is a situation of welfare disarmament that is especially dangerous for the scavengers because they are exposed to suffering from gastrointestinal and cardiac diseases, infections and cuts due to their constant exposure to bacteria, sharp waste and abnormally discarded biological waste.

Minimize waste and reuse for a sustainable future | Video