A Jon Snow spin-off should continue the story of Game of Thrones. Kit Harington is set to reprise his role. Brienne actress Gwendoline Christie has already confirmed she doesn’t want to be on the Jon Snow series, but Maisie Williams has yet to comment on Arya’s return. It would be possible that Jon meets Arya in the series and that his cousin plays a more important role in the series with the working title “Snow”.

Arya Stark – The long journey back to Winterfell begins

Arya Stark is the youngest daughter of House Stark. In Game of Thrones Season 1, she travels to King’s Landing with her father and sister as Ned Stark has been named Hand of the King. After the tragic events at the end of the season, Arya is alone. She embarks on a long journey and eventually returns to her homeland of Winterfell. But the Starks’ headquarters is not their final destination.

When her father lets her take sword lessons with Syrio Forel at King’s Landing, he discovers Arya’s quick wit and skill with the sword. Her half-brother Jon Snow, who later turns out to be her cousin, gives her a sword before she leaves, which she names “Needle”. Arya had a werewolf named Nymeria. She sends him away at the start of GoT, but finds him again at the end of the series.

After Eddard’s execution in GoT Season 1, Arya escapes with the help of Yoren. He wants to take her to the night shift and therefore passes Arya off as a boy. Gendry, unaware that he is the illegitimate son of Robert Baratheon, accompanies them to Castle Black. Throughout her journey, Arya continues to recite her list of people she wants revenge on. 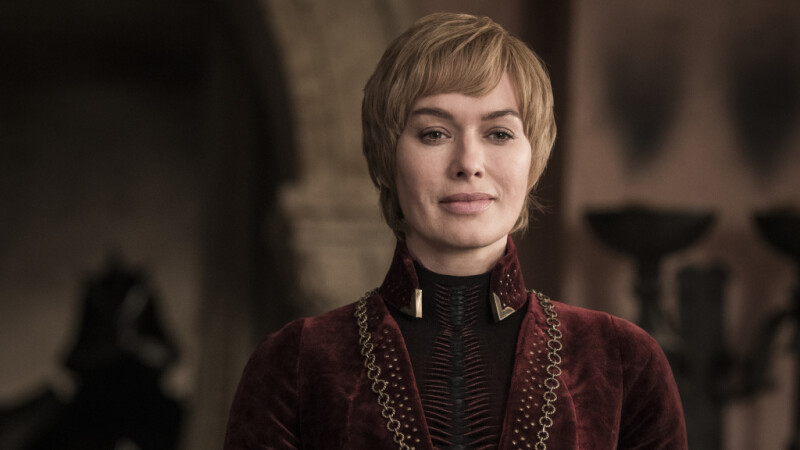 Game of Thrones: These people are on Arya’s kill list

Game of Thrones: These people are on Arya’s kill list

When the Night’s Watch are attacked by men of the Royal Guard, Arya saves the life of prisoner Jaqen H’ghar. He is a faceless man and follower of the many-faced God. He is a skilled assassin and can put on others’ faces like masks.

In GoT Season 3, Arya takes a few detours to the Brotherhood Without Banners, where she nearly crosses a name off her list. Sandor Clegane is faced by Beric Dondarrion in a judgment by fight. Dondarrion loses the fight and is revived by Thoros of Myr. For him, this proves the innocence of Sandor Clegane.

The Brotherhood Without Banners sell their close confidant Gendry to Melisandre. She then flees from the Brotherhood and is caught by Sandor Clegane. He takes her hostage. Along with Sandor, Arya attends the red wedding at the twins’ doorstep. She watches as Gray Wind and some Stark men are murdered. In Game of Thrones season 4, the two continue to roam the river lands together.

Sandor Clegane, who originally wanted to ransom Arya from Lysa Arryn, is overthrown by Brienne of Tarth and left behind by Arya. She leaves alone to study in Braavos at the House of Blacks and Whites.

There, Arya wants to learn how to be a faceless person. Changing faces and perfecting the art of murder. But her urge to be a Stark and work on the names on her roster is too great. During her training, she is briefly blinded and is then attacked by the homeless woman. However, Arya wins the fight. In GoT Season 5, Arya has to go through some training stages. Towards the end of the season, she goes blind for a time due to her inability to break away from her identity.

Although she initially fails to execute an assassin, Jaqen H’ghar nevertheless confirms her status as Faceless. In season 6, she leaves home and begins her vendetta in northern Westeros, with Walder Frey. Taking on the face of a nondescript servant, she serves Frey a pie in which she has baked pieces of her sons.

Realizing that he ate parts of his sons murdered by Arya, Arya smiled with relish. Finally, she slits his throat. At the start of Season 7, Arya murders all the Frey men by poisoning wine at a party. She heads to King’s Landing to kill Cersei. However, she later learns that Jon Snow has been proclaimed King in the North and abandons her plans. She’s on her way to Winterfell. In the forest, Arya meets her werewolf, Nymeria. Like Arya, her wolf became independent and built her own pack.

Back in Winterfell, it’s finally reunion time. It turns out that the three Stark siblings have changed a lot. Arya doesn’t always agree with her sister. Littlefinger uses this chance to separate the siblings. But he underestimated the Starks and together they outsmarted him. Arya cuts Petyr’s throat.

In Game of Thrones Season 8, the rest of the Stark children are finally reunited. Episode 1, titled “Winterfell”, saw Arya and Jon Snow reunite for a long time.

Arya and Gendry also met after their separation in Season 2. The young Stark girl was 11 years old when she went north with Gendry. They separated in season 2 when they fell into the hands of the Lannister army. In episode 1 of the 8th season of GoT, Arya and Gendry, now 18, saw each other again. They spend a night together, assuming they won’t survive the next day.

The fearless warrior ends the night

In Winterfell, the fearless warrior has a new weapon forged by Gendry and prepares to battle the undead. The Night King’s army is at the gates of Winterfell. The battle seems hopeless, as the Night King resurrects fallen fighters. The Night King is on his way to Bran and is already drawing his sword when Arya appears out of nowhere. She impales the Night King with a Valyrian steel weapon, and the Night King, having underestimated the little girl, turns to dust.

Arya breaks up with Westeros

As Jon Snow and his Northerners fight for King’s Landing alongside Daenerys, Arya travels to the capital with Sandor Clegane. She wants to kill Cersei. However, when the city burns, the dog talks Arya out of her plan and the fight for survival begins again. Daenerys burns the city and Arya sees innocent people losing their lives. After King’s Landing falls, she tries to explain to Jon why he would still be a threat to Daenerys.

Game of Thrones: How well do you know the fantasy series?

Cersei Lannister has a daughter. What is your name? 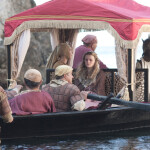 Towards the end of the season, Arya decides to travel west to explore areas no one has explored before. Although she still feels very close to her siblings, it is not difficult for her to decide on the new one.

In our GoT series wiki, you can read all about the creation of the series. Our GoT timeline summarizes all the important GoT events since the Westeros era. If you want to know where you can catch GoT on TV and streaming, you can find out in our broadcast overview.