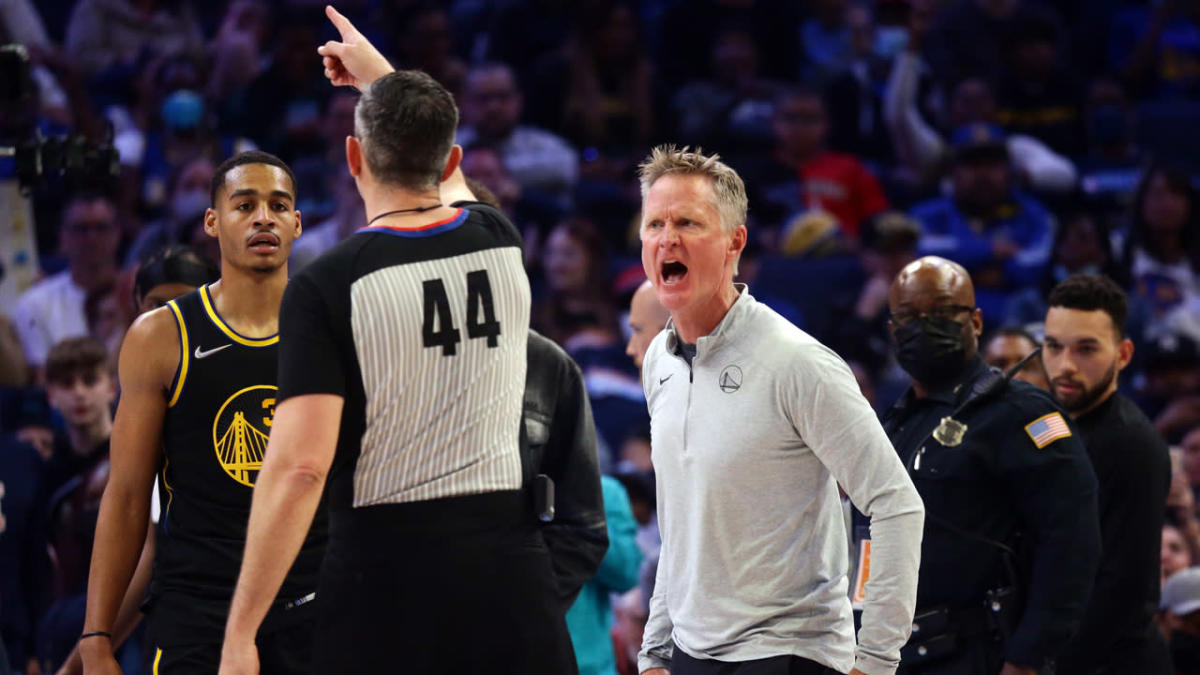 Steve Kerr might have been angry with his players, but he took out his frustrations on the referees late in the first half of the Warriors-Memphis Grizzlies game at FedExForum on Monday night.

As one of the worst basketball halves the Warriors ever played came to an end, Kerr was ejected for discussing the final play of the second quarter.

As Jordan Poole runs to the basket to beat the buzzer, Grizzlies guard De’Anthony Melton blocked the shot as the clock expired. Kerr jumped out of his seat on the Warriors bench and seemed to indicate that he was a goalie. The referees disagreed and signaled the end of the first half.

With the Warriors resting Klay Thompson, Draymond Green and Otto Porter Jr., in addition to not having an injured Steph Curry, they scored just 37 points in the first half on 12-for-44 shooting from the field and 4-for-17 from behind the line. of 3 points.

RELATED: Iguodala silences boos from Grizzlies fans with a 3-pointer

Playing without their two stars, Ja Morant and Jaren Jackson Jr., the Grizzlies took a 63-37 lead in the locker room, which probably angered Kerr as much as the call late in the first half.