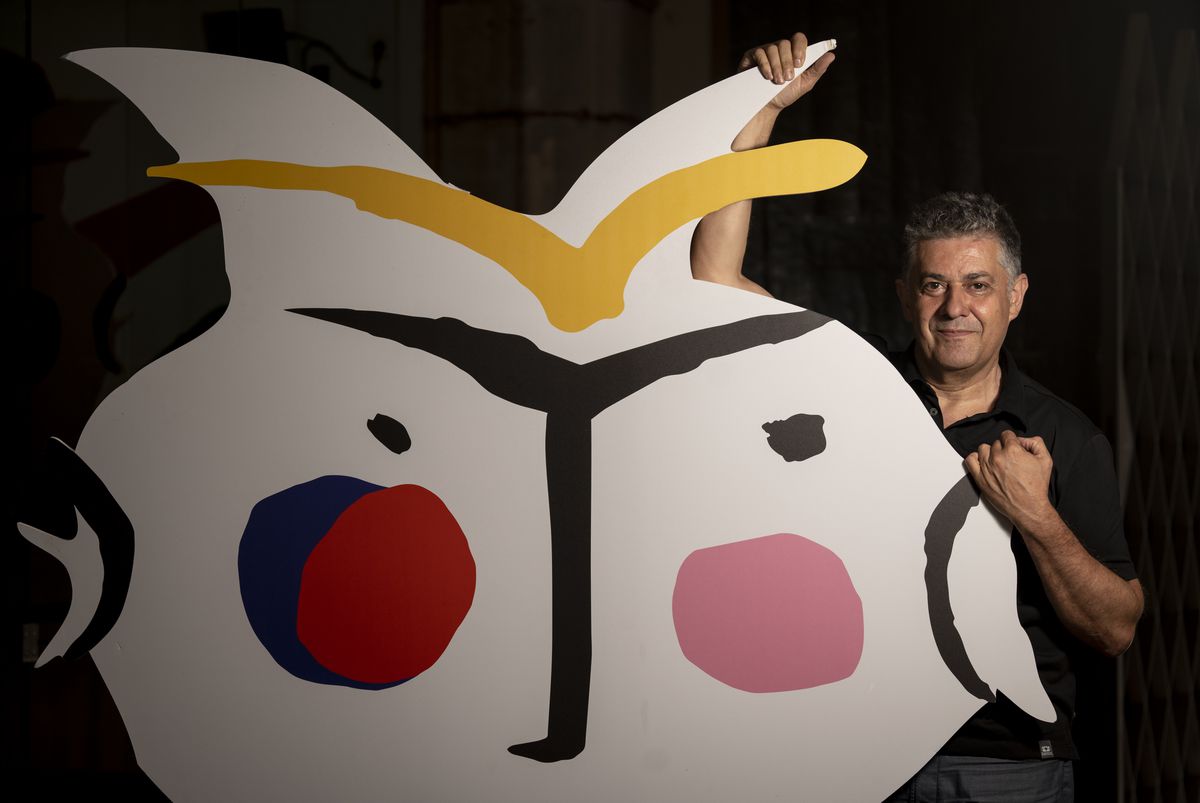 The Grec Summer Festival is here, the great summer artistic event in Barcelona, ​​​​​​with a program of 86 theater, music, dance and circus shows and finally, after the Via Crucis of the pandemic, without any restrictions. The inauguration, on Wednesday 29 June, will be performed by the prestigious company Nederlands Dans Theater (NDT 1), which will offer three choreographies (one of them one recently premiered by the Valencian Marina Mascarell) that will show a wide range of ways of dancing . A real torrent of creations will follow that will mark the summer nights, especially from the epicenter of the festival, the Grec Amphitheater on Montjuïc mountain, the traditional setting for unforgettable evenings. The director of the festival, Cesc Casadesús, who emphasizes that one of the main goals of the Grec is to “arouse curiosity and arouse enthusiasm”, has agreed to EL PAÍS’ proposal to make a selection of the essential elements of its poster, always with the exception Therefore, all the shows that make up the program deserve your greatest attention.

“The Grec 2022 is very complex and extensive and very diverse because we have to cover very different target groups,” he warns. “Making a choice is something very personal and risky, but there are some very special things about the choice that I don’t want to miss. In every selection of the Grec program, of course, some amphitheater shows cannot be missing, where always magical nights take place in the open air. For me, one of them will definitely be the meeting between the Portuguese singer Salvador Sobral and the Menorcan pianist Marco Mezquida on July 23rd. It’s the night I’m looking forward to the most.”

Casadesús adds the concert in the amphitheater of the Barcelona and National Symphony Orchestra of Catalonia (OBC), which has not performed at the Grec since 1991 and is offered on July 22nd the song of the earth, by Mahler, with audiovisual projections by artist Alba G. Corral. “I get goosebumps beforehand,” emphasizes the festival director. Also in Casadesús’ selection is the presence of The Wooster Group, the legendary American company (among its founders is Willem Dafoe), which he explains has been behind for four years and will be offering The B sidea show based on the reinterpretation of a folk album recorded by black prisoners in a segregated prison in the state of Texas (this montage will be held from July 13th to 15th at the Teatre Lliure de Montjuïc, another of the Grec stages, be visible).

The director also selects a very special theater show: the hamlet to be seen at the Teatre Nacional de Catalunya (TNC), from July 1st to 3rd, performed by actors with Down syndrome. “I really recommend it, it’s not a society show, it’s a production of Shakespeare that demands an artistic eye without condescension. The story of Hamlet is there and the actors also talk about what it means to be different, their experiences, sex, aspirations. I’m particularly happy to have him.” The director takes the opportunity to talk about the Grec’s social commitment, something that seems to be required of all public theaters in the city by Mayor Ada Colau and Barcelona en Comú. “The Social has to be there to explain something, not because it is or out of licentiousness; you have to address the issues that move and interest people, but the artistic must always be the main criterion and for me it must come first.” Colau congratulated when introducing the program to parity: “Once again, it is always the artistic claim that counts, not the quota”.

sixes, the marriage of Israel Galván’s dance and the voices of the Escolanía de Montserrat (Marcat de les Flors, July 2nd and 3rd), is another of Casadesús’ recommendations. “It’s a dance solo based on the 16th-century tradition of the dance of six children in Seville Cathedral, playing with flamenco and the ideas of innocence and martyrdom. I didn’t want to bring simple flamenco with me”. The festival will open with the Netherlands, is opening with dancing safe? “The Grec Amphitheater is a place that loves to dance and where the theater is more difficult to program. That being said, despite my career in this genre, it’s clear that I haven’t usually chosen to get into dance.”

At the festival you will be able to see them sappho with Christina Rosevinge, which premieres in Mérida. “Yes, it will be shown here in the Romea; We’re straying a bit from the formula of the Mérida Festival, which has a more touristic component (in the Grec only 7% are foreign audiences, 80% are from Barcelona and the metropolitan area) of making classics with well-known actors; The Grec line is more contemporary, you can do a classic from time to time, but the Barcelona public prefers more contemporary works”. The director recommends three other plays to be performed in the amphitheater: The Trickster of Sevilleby the National Classical Theater Company, directed by Xavier Albertí (July 3rd and 4th), 28 i migr Oriol Broggi and La Perla 29, the wonderful felline journey that represented the company for four weeks in Paris (July 11th and 12th) and paradise lost, Theatrical version of Milton’s great poem directed by Andrés Lima (July 26th and 27th). “It is a very intelligent adaptation by Helena Tornero, in which Pere Arquillué plays God, and reflections on the theatrical act and the conditions of being an actor.”

Casadesús says don’t miss the opportunity to see brothers “of the great Romeo Castellucci” (Lliure, 23rd and 24th July), an exceptional show hosted in Girona’s last high season. “It was necessary to bring him to Barcelona, ​​the city must see Castellucci. At a festival you need strong shows, real tractors that pull, and of those that aren’t in abundance, we have two, Castelluccis and An enemy of the people, an enemy of the peopleThomas Ostermeier’s version and the Berlin Schaubühne of Ibsen’s work (Lliure, 2 and 3 July)”.

The director considers it necessary to highlight “young shows of a new generation that will not please everyone, but will force us to leave the comfort zone”, and mentions an inner picture of the Count of Torrefiel, who was in Avignon (“a must-see”) and great illusion, by Cris Blanco. He recommends not missing Jane Birkin (Amphitheater, July 19), “a little song at a festival of Fado and Italian songs”. And he thinks that what will hit the festival and he can’t stop recommending it, although the tickets are already sold out, is the surprising thing garden party, at the National Art Museum of Catalonia (MNAC), on July 5th and 6th, a work on museum guards.

And of course the Mulinex cycle, the “hybrid scene” programming, scoundrel, strange and “transfeminist” in El Molino, which for two weekends will occupy the emblematic premises of the Music Hall del Paralelo, currently owned by the Barcelona Municipality. Mulinex’s programming, curated by Vicent Fibla / Festival Eufònic, is a celebration of diversity and sexual dissidence with performing arts, music and performances including 15 characters such as Flamenco Queer, Teknodrag, Hidrogenesse, Raval Cuir, Mikey Woodbridge, Gloria Viagra (a six-foot-tall celebrity in the community strange and LGTBIQ+ from Berlin, known as “The Empire State of Drags”), Anneke Nekro or Aka Teatre. Doesn’t Casadesús fear the reaction to such a radical proposal at a folk festival? “It is a playful and reflective proposal with activism and debate. It’s not about being provocative, although there are things that can be uncomfortable, but there’s a scene in Barcelona that’s buzzing with it and programming the most interesting ones makes perfect sense, even more so in a place of remembrance like El Molino.