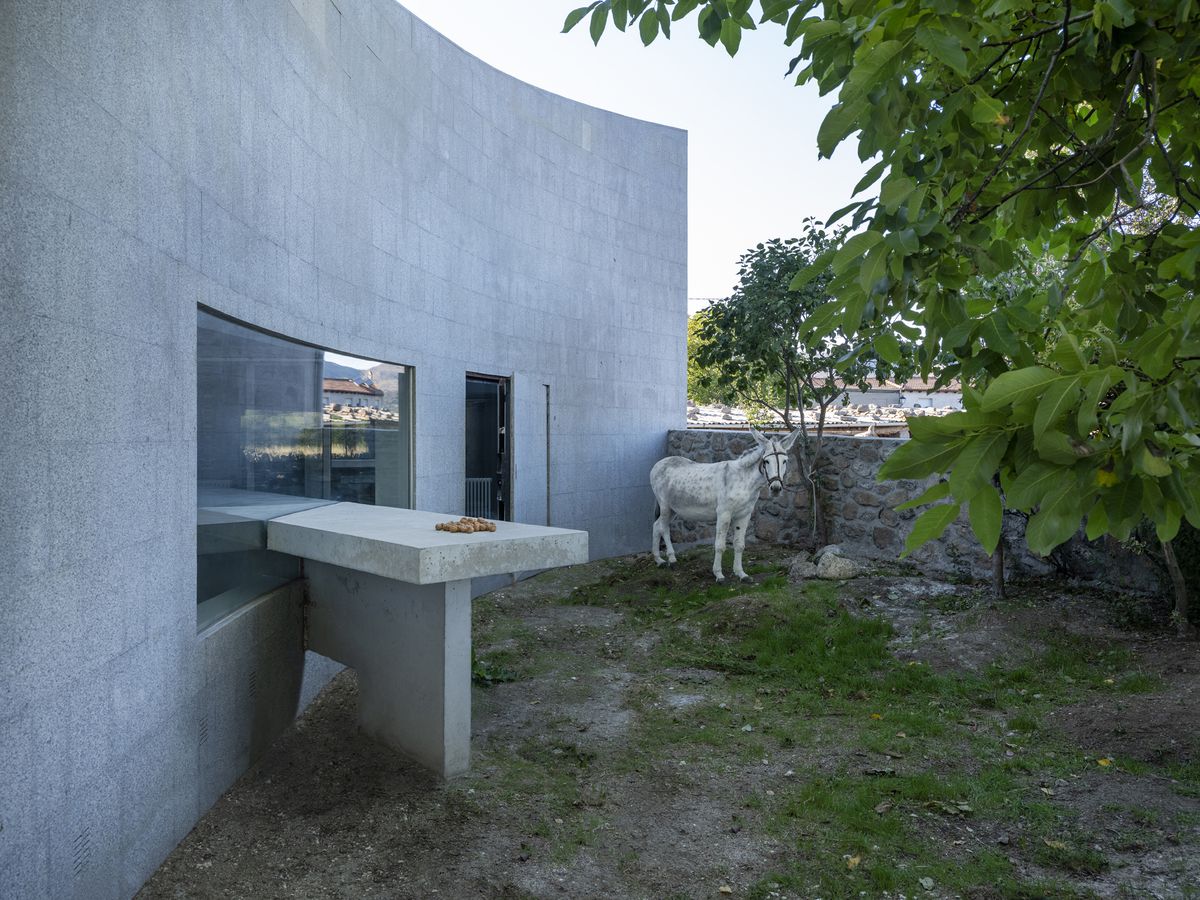 The walnut is the king of the field. Years ago, when the lots weren’t divided like this, it was this tree that marked the territory. In the shade of the walnut tree, the donkey was tied to rest. Under the winter sun, when the tree loses its leaves, the animal also rested.

On the property where you worked the architect Raúl Almenara there was a walnut tree and the designer knew he wanted to build a rock. He wanted it to stand next to what was in the city – the neighboring stone walls. Also because you arrived by train, the plain seemed to be dotted with huge cliffs, like shelters. Almenara worked on this idea. I wanted to disturb you a little. Also give space to the tree, its branches and its shade. what has

Beyond the tree and the property, the cliffs, the shade of the walnut tree and the stones called for a curve, the organic character of something changing beyond the permanence of the architecture. Almenara – very used to working curves – decided to calculate them radically. The curve of this house is a clean bite, an exit to the outside, as well as the three transparent openings to fill it with light and relate this abstraction to the place. The rest is to scale and, like the neighboring buildings, has a sloping roof reinterpreted in white. This deck is in turn a viewpoint. It is also used for lying in the sun.

Towards the street, the house is blind, closed: little more than a wall that does not speak to respecting and preserving privacy. The house opens towards the walnut tree. Also towards the sky to contemplate the starry night in the field.

There is little else in this two bedroom home. The windowsill architecture also forms benches, containers and a concrete table that becomes an outdoor bar. That and the radiator that separates the dining room from the living area make up the most radical gesture of the house, but not the only one. The chimney is a hole. The staircase: a pile of stones next to the plastered brick wall. There are skylights framing the large window. Concrete, plaster and glass coexist with stones. The bareness of the surfaces contrasts with the lushness of the garden. There are the openings. If the facade is nothing, the counter-facade is almost a patio. The windows are hollow. And the wall, the memory of what already was.

Final price according to the architect: 1,066 euros per square meter.