From a brawl to a baseball game to church crimes: 24 Hours Lead in the Sierra Tarahumara 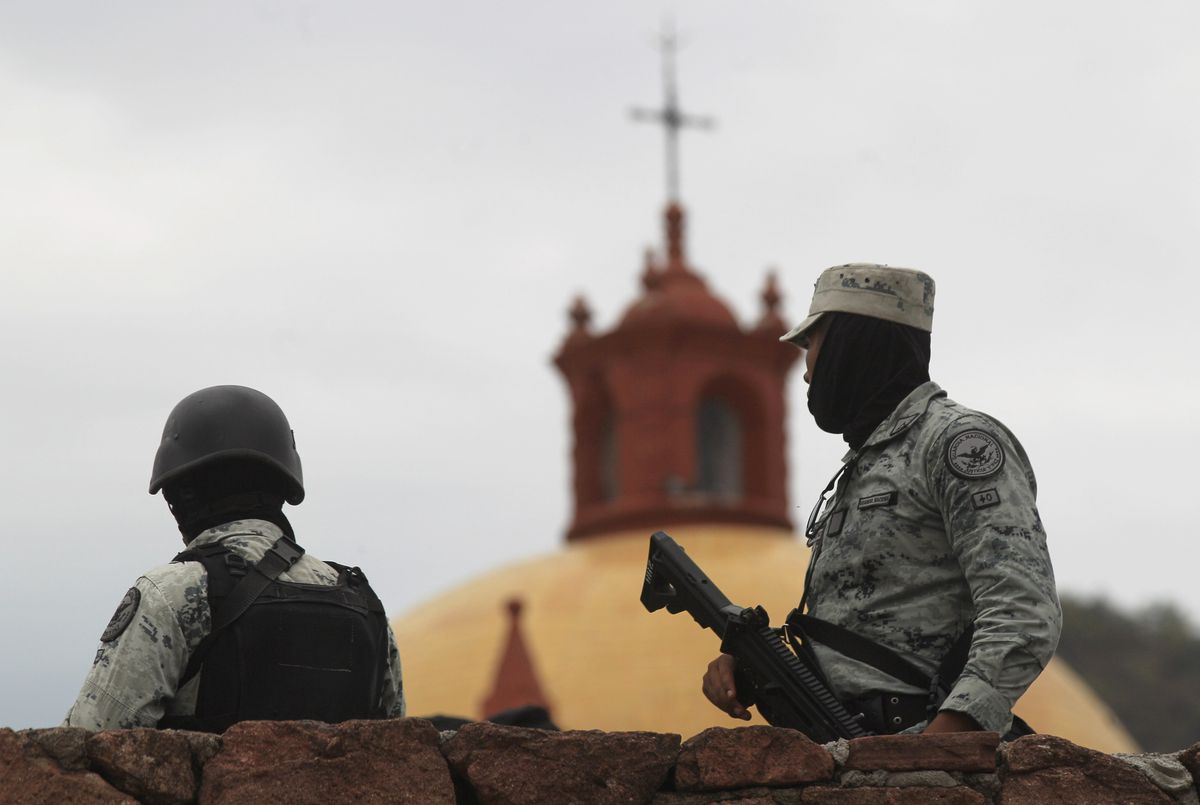 Three bullet-riddled men in a church, two Jesuit priests and a well-known tour guide in the area. Two others missing, a house that burned down and the uncertainty of the whereabouts of a woman and her son who lived there and were later found safe. Twenty-Four Hours of Lead and Terror sponsored by José Noriel Portillo Gil, alias the crook, according to the authorities. A local narco leader who acts as a cacique in the heart of the Sierra Tarahumara where Cerocahui is located in Chihuahua. In this rural, indigenous and poor community of Mexico of about 1,000 people, where everything bad that happens is usually made invisible with the same ease as the basic needs of its residents, the terror of the narco has once again been concentrated. The public prosecutor’s office has reconstructed the last hours of the fire in this city. And it all started with a baseball game.

To understand how the bullets entered the church, which housed the Jesuits Javier Campos and Joaquín Mora, who ran to help the leader Pedro Palma, you have to go back to Sunday. The team that financed El Chueco had lost, a fight broke out among those present, and there the fuse burned. The local narco leader couldn’t accept defeat. A message of weakness for a man who, for at least five years, has done and undone what he saw fit in these lands with the might of twenty men and their pistols. Allied with the Los Salazar Cartel, the armed wing of the feared Sinaloa Cartel.

On Monday, El Chueco arrived with his guns at the home of brothers Paul and Armando B., who attended the baseball game and defeated their rivals. According to witnesses, the criminal shot Paul, kidnapped Armando, and then set the house on fire. Both are missing. Also in the home were a woman and her son who have been reported missing. It is known that they had a family relationship with the brothers, but nothing more. Authorities confirmed this Wednesday that they were found alive.

Neither the fire in the house nor the kidnapping of two people were enough for an authority to stop El Chueco and his men from continuing to walk around the community with impunity. And terror spread in Cerocahui. Its residents were left alone, aware that this was the real power and no trace of the state.

Hours later, Pedro Palma was eating with a group of tourists at the luxurious Hotel Misión Cerocahui, well-known to tourists who make the El Chepe train route between Copper Canyon, with prices per night for rooms around $200. . Witnesses told police that the well-known leader “interacted” with El Chueco right there. Details of what might have been a dispute have not been released. Later, the criminal ordered his kidnapping.

Prosecutors say Palma managed to escape after being severely beaten. And he fled to the village church. Priests Javier Campos and Joaquín Mora ran away when they heard the scandal in the temple. One of them came to his aid, they killed him in front of him and the priest was also killed. The other tried to calm down the killer, according to one of his companions, the religious Javier Ávila, EL PAÍS, and was shot in cold blood. According to a priest who was there and survived the slaughter, the criminals dragged their bodies to a van and fled. The bodies of Campos, Mora and Palma were found this Wednesday.

Authorities then targeted El Chueco. They offered a historic five million pesos (about $250,000) reward on Wednesday for a tip on the criminal’s whereabouts. And Andrés Manuel López Obrador’s government has also asked the United States government for cooperation to locate him if he decides to travel the 600 kilometers that separate the community from the border.

This Thursday, prosecutors announced the arrest of two men armed to the teeth, César Iván PP and Humberto BC, who were fleeing security forces when they encountered them on a local street. One of them is Portillo Gil’s cousin. The Army, National Guard, and state forces continue to search for the capo.

El Chueco was arrested by police five years ago when he attacked the headquarters of the state investigative agency in Urique, the municipal seat of Cerocahui, in 2017. And most importantly, he became a public enemy of the region after the assassination of American professor Patrick Braxton-Andrews, who, according to official sources, was shot dead in October 2018 after being mistaken for a DEA (United States Drug Enforcement Agency) agent. Despite promises by then-governor Javier Corral, the narco was never arrested for this crime.

And he kept killing. He is also accused of taking part in the 2019 kidnapping and killing of activist Cruz Soto Caraveo. Soto was a member of the Collective of Forcibly Displaced Families of the Sierra Tarahumara and was found dead on October 19, 2019, six days after his disappearance was reported in Los Llanos Township, Guazapares Municipality, after attending a meeting with local authorities had, according to the newspaper reform.

The multiple crimes in the Sierra Tarahumara had been planned since Sunday, but only escalated to international outrage on Tuesday under pressure from the Jesuit community. Pope Francis spoke out against the wave of violence that has rocked Mexico for years, dozens of religious organizations as well as powerful names in the academic, cultural and political world showed their pain at the deaths of their “brothers” and their impunity Organized crime operates in Country. There are at least three other victims: Pedro Palma and brothers Paul and Armando, whose bodies are still unknown to this day. But in order to track El Chueco and stop the bloodshed he is causing in the mountains, the bullets in the church were necessary.

- Advertisement -
Share
Facebook
Twitter
Pinterest
WhatsApp
Previous articleThese are the 5 dog breeds considered to be the most protective
Next articleThe company that Ayuso’s brother received from collected one million euros for the masks, which had cost him 500,000