Fridays for Future: 220,000 protesters in Germany 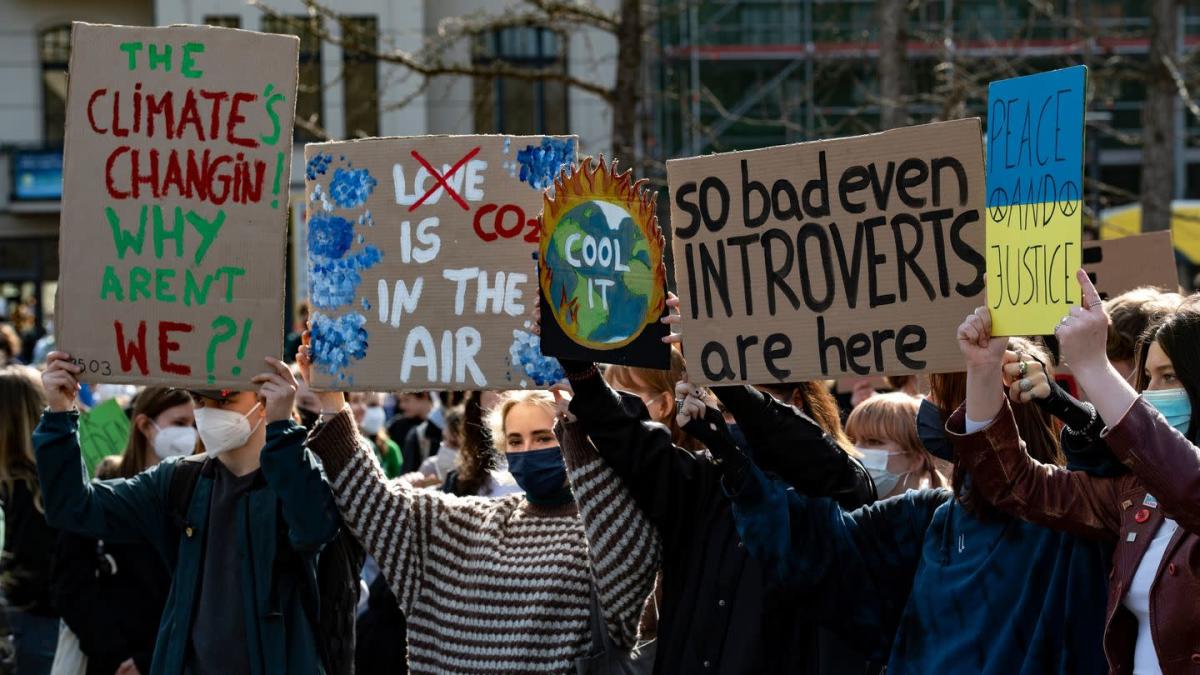 Berlin (dpa) – According to the organization Fridays for Future, some 220,000 people demonstrated in more than 300 German cities out of concern for climate change and called on governments to phase out fossil fuels.

Predominantly young people followed a national and global protest call by the climate protection initiative. In Berlin alone, more than 22,000 people and in Hamburg more than 12,000 people joined the demonstrations for climate justice and peace. There were more than 1000 campaigns around the world.

Fridays for Future called for an end to dependence on fossil fuels in response to Russia’s war of aggression in Ukraine. “The war in Ukraine has made it clear that if we import fossil fuels from autocrats, we are endangering our security and further exacerbating the climate crisis. It is good that the government has finally realized how dangerous it is when we buy coal, oil and gas from Putin,” said Carla Reemtsma of the German Press Agency’s Fridays for Future. The stoplight coalition must now take decisive steps for a future without fossil fuels.

“The crises are getting worse and they reach us”

Spokeswoman Jule Pehnt said billions are now needed to expand renewable energy, heat pumps and public transport. Activist Elisa Bascedil said: “Right now we are headed for more than 3 degrees of warming, which means food and water shortages, deadly heat waves and devastating floods. Crises escalate and catch up with us when we are outraged by the destructive status quo.”

In Berlin, the police spoke in the afternoon of 10,000 protesters who first gathered near the main train station and then wanted to run towards the Brandenburg Gate. Many participants showed their solidarity with Ukraine with banners in blue and yellow, the colors of the Ukrainian flag. Protester Katharina criticized: “Russian natural gas is helping to finance the war and is driving climate change.” The use of Russian gas must stop. Rio, 19, said: “This is a strong signal being sent to Ukrainians who fear for their lives.” Climate justice is related to the peace and security policy in Europe.

In Hamburg, there were significant traffic delays during the demonstration, which went through the old town to St. Georg and back. As a precautionary measure, the police had recommended driving through the affected area or changing to the S-Bahn and U-Bahn. The demonstrators carried banners with slogans such as “The earth is seething with anger against humanity” or simply “No to war”.

According to Fridays for Future, there were more than 1,000 campaigns worldwide. In Stockholm, for example, several people took to the streets with prominent activist Greta Thunberg for a stronger and fairer fight against the climate crisis. As recordings on social media showed, a lengthy protest marched through the Swedish capital as part of the international day of climate protest.