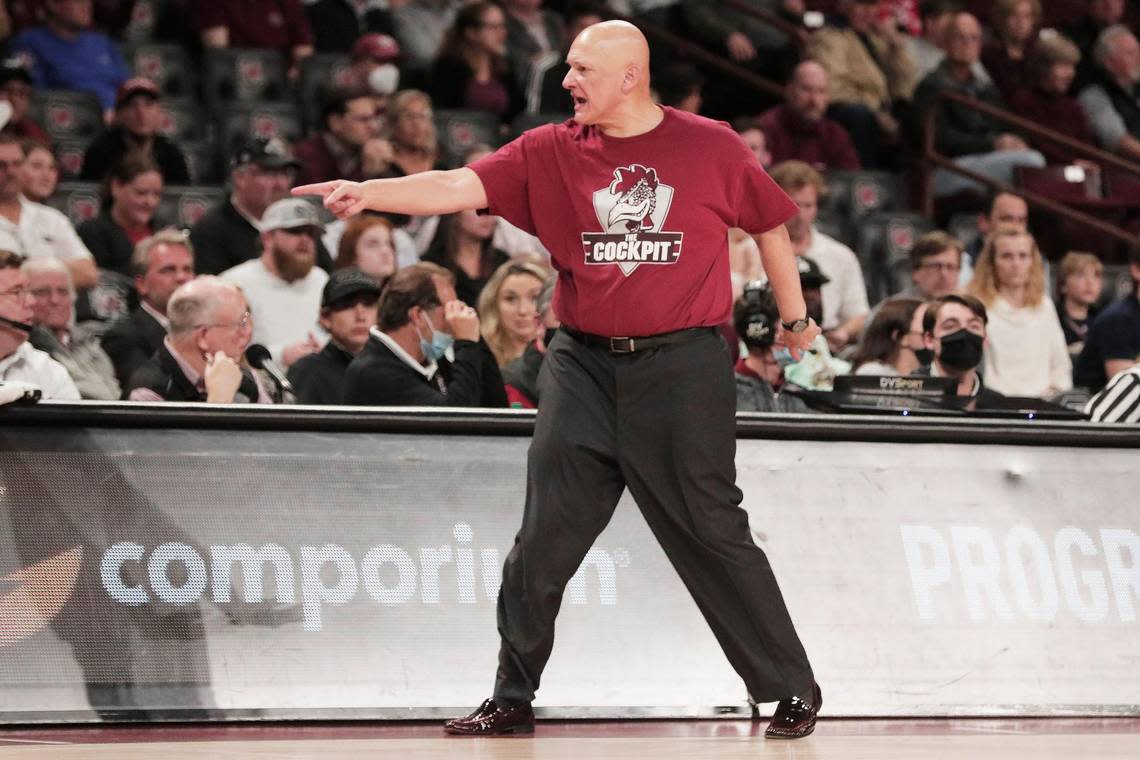 The season is over for the South Carolina men’s basketball team.

Despite metrics pointing to postseason play, the Gamecocks (18-13, 9-10 SEC) did not receive an offer to the 32-team National Invitation Tournament when the NIT field was announced Sunday night.

NIT’s snub extends USC’s postseason dry streak another year. Frank Martin’s Gamecocks haven’t made it to the NCAA tournament since the historic 2017 Final Four. However, it seemed likely that the 2020 Gamecocks would at least win a NIT bid before COVID-19 cut the season short.

The 32-team NIT will run through March 31 with a championship game at New York’s Madison Square Garden. The field includes Vanderbilt, a team USC beat twice this season, and a Texas A&M team the Gamecocks beat on the road.

After battling the pandemic and going just 6-15 last season, Martin reshuffled the roster and brought in nine new players and the Gamecocks finished the regular season tied at five for fifth in the SEC. Highlights of the season included wins over LSU, at Texas A&M, and against Florida State and UAB, but losses to Princeton and Coastal Carolina hurt the team’s overall résumé.

Following a one-off performance against Mississippi State as the No. 7 seed in the SEC tournament, the Gamecocks fell to No. 93 in the NET rankings, well out of range for the NCAA tournament. Martin and veteran players like Erik Stevenson have expressed frustration with NET and its emphasis on efficiency and scoring margin, two areas where USC lags behind.

Martin has pointed to the strength of USC’s schedule (number 35 at WarrenNolan.com) and the team’s .500 record in conference play as reasons he believes the Gamecocks should be an NCAA tournament team.

“I’ve been in the Big 12 where teams finished .500 and were celebrated,” Martin said. “For whatever reason here we always have to apologize for being .500 in the No. 1 league in the country. That doesn’t make sense to me. I think (Kentucky coach John) Calipari said it best the other day … all these teams that went 9-9, this league is bottomless and it’s very, very tough.”