Franco: “Spanish football is unstoppable and deserves a joint effort” 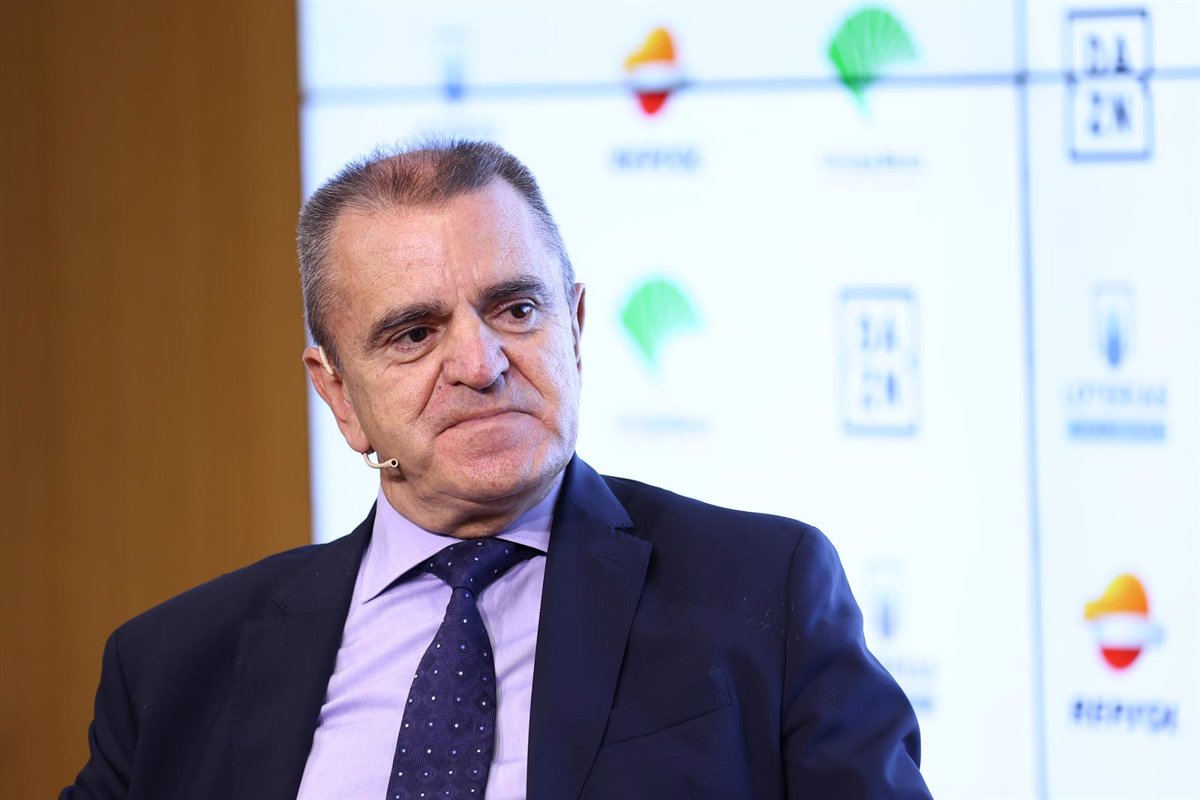 The President of the Higher Sports Council, José Manuel Franco, admitted this Thursday that he does not like “talking about war” between LaLiga and the RFEF and showed his desire to go “together” because “Spanish football is unstoppable and an effort deserves unity”, while on the other hand he defended his position that a woman should chair the women’s premier professional soccer league because “it is natural and appropriate”.

“I don’t like to talk about war. I want us to go together. Spanish football is unstoppable and deserves a joint effort, we face the possibility of organizing a World Cup, which after the Olympics is one of the most important, that a country can organize. We are about to reach a historic milestone and we must do it together,” declared José Manuel Franco at the Europa Press Sports Breakfasts sponsored by Loterías y Apuestas del Estado, Unicaja Banco, Repsol and DAZN.

The chairman believes that “there is a certain fatigue” with the situation caused by the “differences that could exist between LaLiga and the RFEF” because “the fan would rather watch football matches and enjoy the achievements of the sport than to track these deviations”.

The CSD President does not have short-term meetings with Javier Tebas and Luis Rubiales “on the agenda”. “You know my intention perfectly and today I made it clear. We have to go in the same direction because we have a lot at stake,” said Franco.

Whether she wanted to reach the consensus reached by her predecessor Irene Lozano with the “Pactos de Viana”, she confessed “of course”. “Everything is a question of trying, it won’t stay with us,” he added.

Furthermore, Franco said that “football” is sometimes mistreated, which is often associated with “Jaleo”, but he emphasized that “the resources generated by football are used to promote other sports and that has to be appreciated”. .

José Manuel Franco also spoke about Spain and Portugal’s joint bid for the 2030 World Cup and how important it could be for the national sport. “We are taking the first steps together with the RFEF to try to repeat the dream of the 1982 World Cup in Spain, hopefully with better sporting results,” he said.

“It’s a real country project where we go hand in hand with Portugal because sport has the ability to create synergies, eliminate differences, transcend ideologies and break down borders,” said the President of the CSD.

In this regard, he recalled that events of this type are very well organized in Spain, citing the example of the 2018 Copa Libertadores final. “Here in Madrid there was a football match between two Argentine teams, River Plate and Boca Juniors, whose hobbies were not exactly known for being peaceful and the organization was excellent,” he stressed.

In contrast, he spoke about the Champions League final in Paris last May and the incidents leading up to the game. “I witnessed it was there. A tour that normally takes 40 minutes, according to the driver, lasted two and a half hours. The organization left a lot to be desired,” said Franco.

“I saw what was happening outside and I approached, this desire to check if there were Spaniards concerned came from my soul and I checked it, a few meters away, in fact some media interviewed me. The organization was bad and was “It’s not the Real Madrid fans who behave in an exemplary manner, nor Liverpool. In the Women’s Champions League final, the FC Barcelona fans were also exemplary, despite the defeat they applauded their rival. We have to be very proud,” he explained.

“THE PROFESSIONALIZATION OF WOMEN’S FOOTBALL IS A MILESTONE”

For José Manuel Franco, Spain is now in a “new era of professionalisation” in the world of sport, with a particular focus on women’s football. “It is fair to reduce a historical debt that our sport has had on women and encourage the consolidation of the sport,” he said.

“The professionalization process for the Women’s First Division has recently been completed, an unprecedented milestone that will propel us to the top of Europe. We had to overcome some obstacles, they even said that there would be no professional league and there would be unanimity when voting on the statutes, and it happened. We have created the conditions to create the first professional league,” he said.

The president of the CSD always bet that this new league would be led by a woman, which was “out of the question” for him. “I’m proud to have said it and I would say it a thousand times. Of course, the first women’s professional football league to be run by a woman, maybe I overdid it with my duties, but I firmly believe it was the right thing to do and it was, I appreciate it that the clubs chose it,” he said.

Franco highlighted the distribution of aid worth 16 million euros for the clubs of this first division, to be used “for the replacement of artificial grass with natural grass” and for infrastructure such as stands, dressing rooms, adjacent fields or an improvement, according to the media.

José Manuel Franco underlined that “equality and inclusion are the major guiding principles in the draft sports law”, adding that “this year” “a new support block will be launched so that top-division clubs can strengthen their sports structures”. .

The president did not hide the fact that he sees “football as the locomotive for the rest of sports played by women” and hopes that “a good result can be achieved at Eurocopa 2022, which will be played in England by the Spanish national team.

SEE SOME IMPROVEMENTS IN THE SUPER LEAGUE PROPOSAL

In addition to women’s football, he also spoke about handball, immersed in the professionalization process demanded by the clubs of the ASOBAL League. “It’s a very important step, the same thing happens with football, it starts a path that I hope will be successful. I’m convinced of the strength that handball has in Spain, that it’s a constant source of success is and will continue. It is important to strengthen national competitions in order to be successful internationally,” he said.

Finally, José Manuel Franco also had words about the Super League. I was against the original project because it bypassed competition and access to competition law to enter this competition. Then I proofread what I thought was on the right track and would come about for sporting reasons, which worried me,” he admitted.

“There have to be changes in European competitions and I want what I want within the institutions to be under the protection of UEFA,” said Franco, who also “fully agrees” with LaLiga’s lawsuit against PSG. “Spanish football competes unequally with state clubs”.