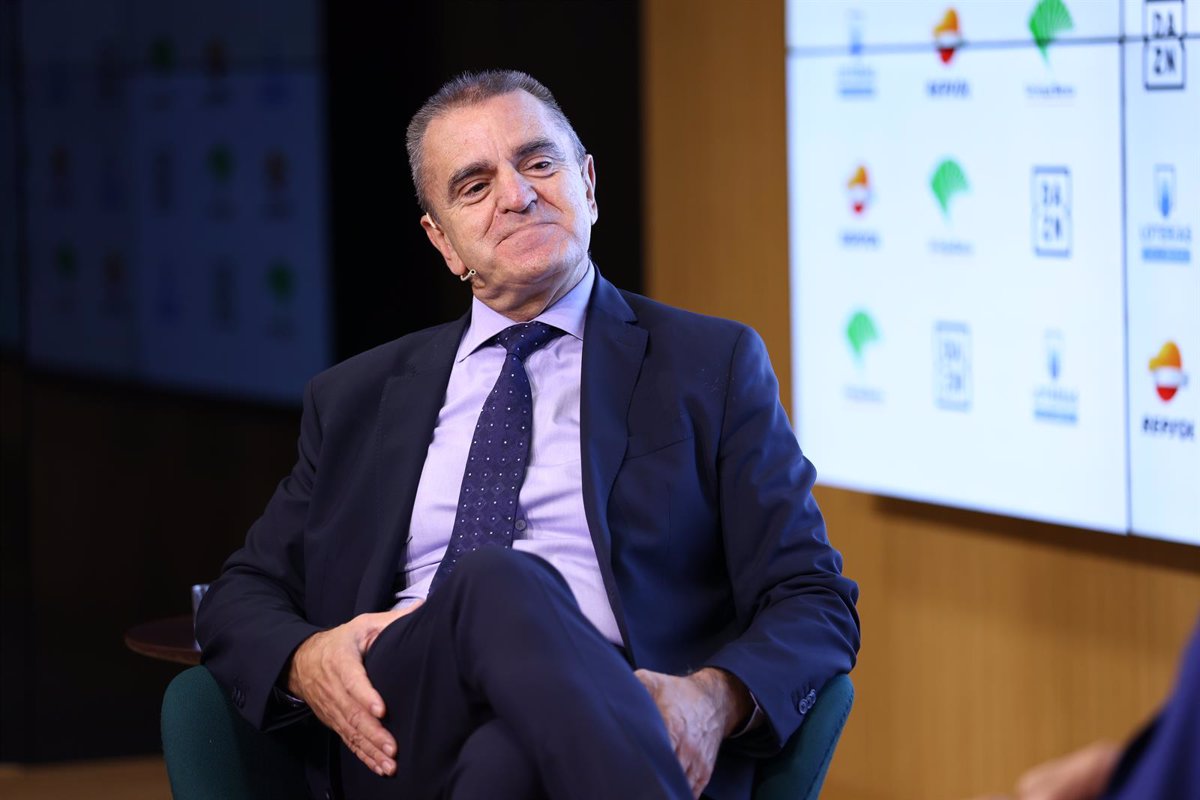 “Where the ADO does not arrive, the CSD will be, so that no athlete is left without a scholarship,” assured the Secretary of State for Sport

The President of the Higher Sports Council (CSD), José Manuel Franco, expressed his optimism about the future of Spanish sport this Thursday, making it clear that “it is very difficult to win the 22 medals won at the Barcelona 92nd Games ​​were won”, but that the government will make every effort so that the athletes “are not lacking for anything” and can reach their best level in Paris 2024.

“It’s very difficult to keep up with Barcelona ’92, but we can achieve it and it won’t last, we have to use all means,” said José Manuel Franco at the Europa Press Sports Breakfast, sponsored by DAZN, Lotteries and State Bets , Repsol and Unicaja Bank.

The leader made it clear that they will work to ensure that the Spanish athletes participating in Paris 2024 “miss nothing so that they can arrive in the best conditions”. “Then competition is not an exact science, but the government’s efforts are in that direction,” he admitted.

In that sense, he did not hide that the ADO plan, endowed with 8 million annually for the cycle until 2024, has suffered “some cuts” and that companies are not contributing “with the same force”, but he sent messages of optimism and safety to the athletes . “We will regain strength and where the ADO does not reach, the CSD will be there to ensure that no athlete is left without the scholarship to match,” he assured.

Franco is aware of the need to reinforce the “legacy” of some of the best Spanish athletes who have already retired, such as Pau Gasol, Laia Palau, Patricia García or Raúl Entrerríos, and for this they will “launching a new and determined stimulus” and promoting “the creation of new lines of funding aimed at improving results” at the Olympic and Paralympic Games.

The President of the CSD mentioned the “Team Spain” programs, endowed with 48 million euros – 16 per year until Paris – with which he begins to “take the first steps in the creation of the new model of Spanish sport” and which he has as main axes the programs “Team Spain Elite” and “Team Spain Strategic”.

The first includes help to complete the Olympic and Paralympic preparation activities of athletes and teams who, in the case of the Olympic Games, have the opportunity to qualify among the top eight; and in the top three at the Paralympic Games. “It’s about making sure that athletes with

Chances of success have all the means at hand,” he noted.

The second program is aimed at federative projects that require longer-term investment and involve non-Olympic disciplines such as motorsport and motorcycling.

“These programs will benefit the more than 400 athletes who make up our sport’s elite, a select group and those closest to athletic excellence, the mirror in which those who will one day strive to be the highest see themselves levels,” he explained.

Franco has not forgotten that the health and economic crisis caused by COVID-19 “has also been noticed”, but that now there is the “good news”, that there is a recovery “in all aspects” and that Spanish sport “is pre-pandemic level”.

“We are on the right track to overcome this pothole, but we must not forget that, in addition to the economic data, the importance of sport in the pandemic, which has been an escape route to improve physical and mental health, is very important and which we sometimes forget,” emphasized Franco.

The President made it clear that, through sports tourism, sport has “a very, very important economic aspect”, an aspect that also helps to “mitigate the negative effects of the so-called ’empty Spain'”.

Regarding women’s sport, he warned that “the ceiling will be where the women with their fight want to put it”. “We have created all the conditions to start the first professional football league, but not all sports are treated mimetically and what we need to do, in this case by the government, is to strive for effective equality in sport too. We start on the way, but with so much enthusiasm that it will surely be successful. The commitment to women’s and inclusive sport is firm, determined and enthusiastic,” he wished.

José Manuel Franco also spoke about the future sports law, which he hopes will finally come out “by the end of the year”. “I’m sure it can be ready before the end of the year, but we know what parliamentary arithmetic is,” he said.

“Our group is working hard and well and we have good expectations for the support of other groups, but we are in the negotiation phase. The 1990 law was born with a vocation for continuity and logically it is necessary that it be born with very broad parliamentary support and I am convinced that it will be so,” he added.

One of the questions he was asked about this new legislation is whether it will privatize sports jurisdiction and remove the role of the Administrative Court for Sport (TAD). “The law is a project, we don’t know what the end result will be and it may be subject to change,” he said.

However, Franco warned that “it will not be privatized at all”. “There will still be three avenues before due process of justice occurs, and the TAD retains almost all of its powers. Where he won’t enter is what happens on the pitch, ‘roughly speaking’. The federations themselves have their bodies to ‘judge’ and the bottom line is that there will be no helplessness. Also, we are putting ourselves at the level of the countries around us in that regard, but everything can be improved and we’ll see when it leaves Congress and the Senate,” he explained.

“I have a lot of faith in the good practices of the federations and in the self-restraint and self-imposed rules, although of course there are some cases with problems. But if there are none in politics, it doesn’t seem very logical that there are many associations in the world that have much stricter rules than today and generally work well because the successes would not be possible with a poor operation.” , it turned out.

On the other hand, Franco appeared calm in the dispute over the Mediterranean Games in Algeria, a country with which there are currently political tensions due to the Spanish government’s change of position on the conflict in Western Sahara.

“I have already spoken to the Spanish ambassador and he told me that there will be no problems, that we will be treated well. We must also use sport to normalize relations with a country that we have always been with good relations. Spanish sport, in its humility, will work together in this situation,” he explained.

Finally, looking ahead to the sport’s immediate future, he believes the women’s football team will ‘play a big role’ at the European Championships in July, although his greatest praise was for Rafa Nadal. “He’s from a different paste and I think he’s the best Spanish athlete in history. He always surprises us positively, I don’t rule out winning Wimbledon,” he said.