Franco: “Calling the COE an ally of independence goes beyond some of the barbarism I’ve heard” 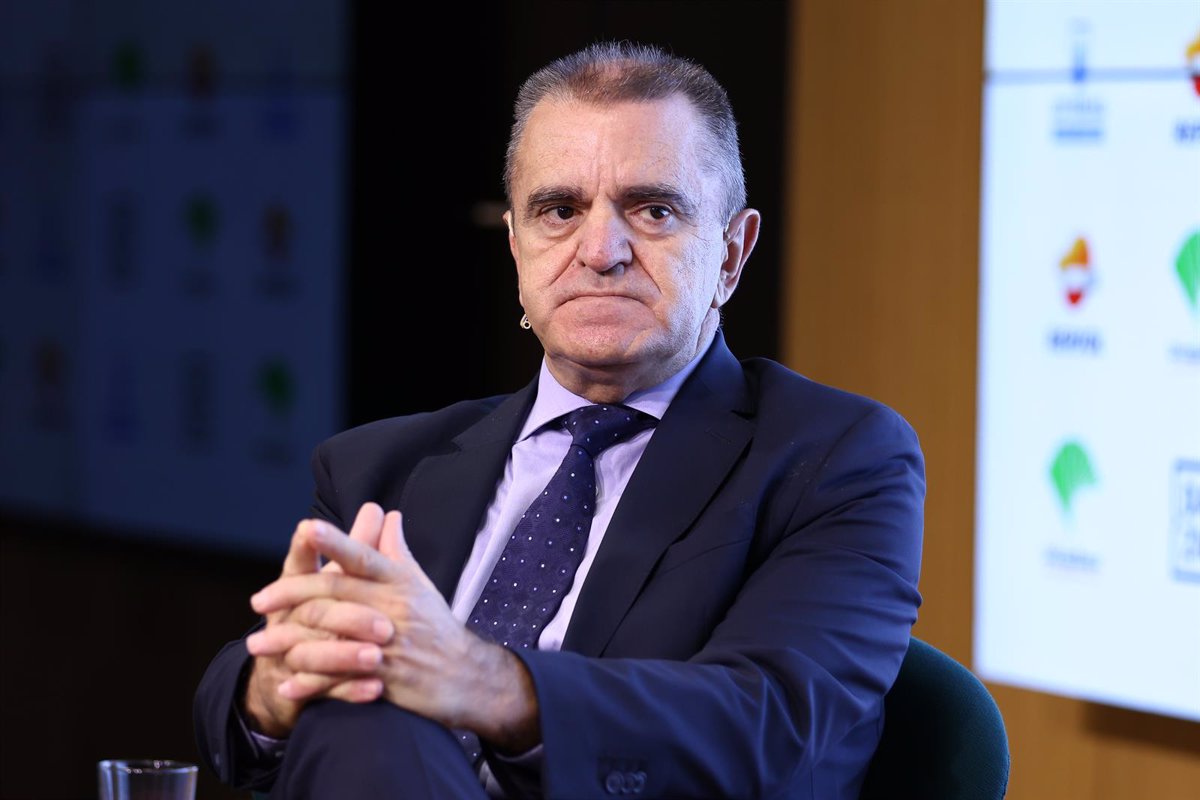 The president of the Higher Sports Council (CSD), José Manuel Franco, responded this Thursday to his counterpart in the Aragon government, Javier Lambán, who accused the Spanish Olympic Committee (COE) of being “an ally of independence” after he was not present the joint candidacy with Catalonia for the 2030 Games, a qualification that for the leader “exceeds some of the ‘barbarities’ that he has heard and which he also defended Pau Gasol.

“There are expressions that are disqualified, such as calling the COE an ally of independence. I have heard many barbarities throughout my life, but this one may surpass some of the ones I have heard before. At the moment we are still digesting the disappointment because it would have been a great candidacy together,” Franco said this Thursday during the Europa Press Sports Breakfast sponsored by DAZN, Repsol, Loterías y Apuestas del Estado and Unicaja Banco.

The President of the CSD also spoke out clearly on Lambán’s words, who asked Pau Gasol to be “better informed” after supporting the decision of the COE. “We have to digest it, but what we can’t do is talk about an exemplary athlete on the track and off the court. Those are words that a figure like Pau Gasol, an icon of Spanish sport, doesn’t deserve.” .’ he gestured.

Regarding the work of the Spanish Olympic Committee, the President of the Pride acknowledged the efforts and the “portion of patience” in trying to carry out the candidacy. “It wasn’t possible, but this is not the right time. Let’s think ahead and see if it’s possible for 2034,” he said.

When asked about the possible candidatures of Aragon and Catalonia separately, Franco explained that “the most powerful thing” is to go together. “I do not think it is appropriate that two candidacies from two autonomous communities are presented. It’s also not good for the success we’re all striving for, which is organizing the Winter Games in Spain,” he warned.

“MADRID MUST MAKE A SERIOUS PROPOSAL BEFORE THE COE”

Exactly, the mayor of Madrid, José Luis Martínez-Almeida, also pointed out in an interview with ‘El Mundo’ that the capital would not give up the Olympic dream in the future either. “For once, I agree with the mayor, but there needs to be a serious proposal and take it to the COE and then that possibility is looked at. The COE has not received any proposal from the City Council that I am aware of, I have only heard scattered phrases from its various speakers,” he said.

In this sense, he is confident that the COE “will treat the candidacy with the affection it deserves” if there is consensus and it is presented. “I would love it if Spain could organize the winter and summer games and the 2030 World Cup. They have a lot of capacity for that and we’re doing it very well. It seems we have a certain complex and when we see other countries, we do we that.” see the greatness of Spanish sport in the organization too,” he said.

“When a Spanish team plays, whatever sport it is, it succeeds. At this time there are no athletes from Galicia, Canary Islands, Catalonia or Aragon, it’s the Spanish team and that’s how we have to claim it. Sport has to be as used as a tool for unification and not for division,” he condemned.