Francisca Fernández, the Spanish lawyer who confronted the UN about obstetric violence 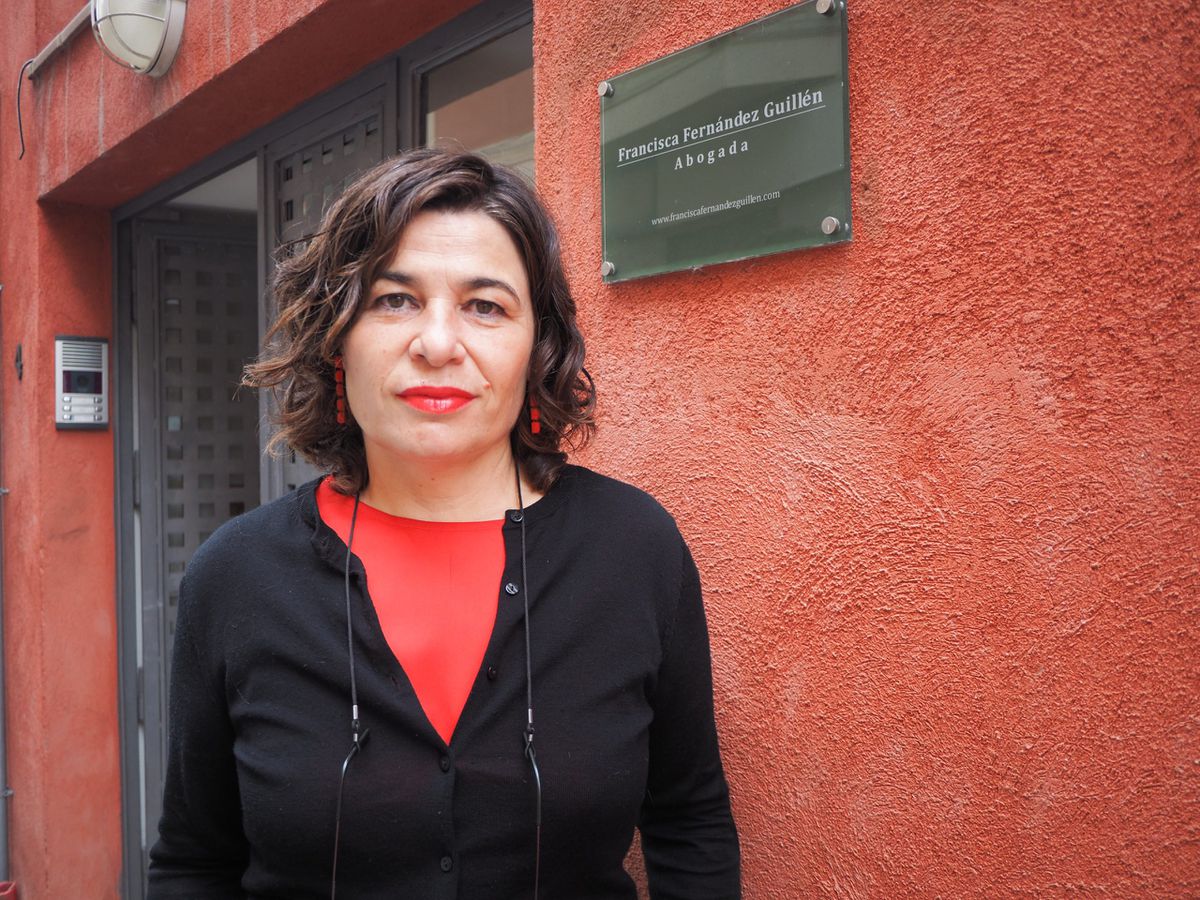 In March 2020, this was recognized by the Committee on the Elimination of Discrimination Against Women (CEDAW). the structural problem of obstetric violence from which Spain suffers following the complaint of a woman who suffered physical and mental harm in a public hospital in Lugo in 2011. For the first time, an international court has condemned a state for this type of violence against women and called on the authorities to take real and effective action to eradicate it. On July 14, the UN returned Blame Spain for the practice of obstetric violence. “If the doctors and nurses had followed all applicable standards and protocols, it is likely that the victim would have given birth naturally without having to go through all these procedures that traumatized her physically and mentally,” said Hiroko Akizuki, a member by said committee, on the case of Nahia Alkorta. The 36-year-old mother of three underwent an unjustified induction in her first birth, which resulted in a caesarean section during which she was subjected to degrading treatment and gratuitous separation from her baby for more than four hours. In childbirth she suffered from post-traumatic stress and physical consequences that prevented her from leading a normal life for years.

These are two of the four cases that Francisca Fernandez GuillenSpecialist lawyer for health law and founding member of Observatory on Violence in Midwifery, has led to the United Nations. Their work in this regard has been praised by professionals such as Ibone Olza, one of the founders of the association The birth is ours and from Institute for Perinatal Health, for which Fernández Guillén plays a key role in the international recognition of obstetric violence. “If the UN condemns Spain, it is not because there is more obstetric violence in Spain than in other countries, the phenomenon is global. Because the first complaints to the UN come from Spain. We are leading this issue globally and Francisca is a pioneer,” says Olza.

In 2019, Francisca Fernández received the organization’s award for defending human rights at birth human rights at birth and for two decades she has been involved both professionally and as an activist for the rights of women neglected during childbirth. Her path as a victim begins with the birth of her first daughter in 2002. “I studied law and devoted myself to other things that have nothing to do with what I do today. During the birth of my first daughter, I suffered obstetric violence: my daughter almost died and I had very serious consequences for my physical and mental health,” Fernández told EL PAÍS. The first thing she did was go to the law to see if everything what had happened to her and her daughter was legal.”Then I realized that although in theory the laws protecting patients’ rights apply whether the patient is male or female, the reality is that, particularly when we are pregnant, we do , are treated differently and are excluded from this protection.” he explains.

Four months later he entered a small forum created by Ibone Olza and Meritxell Vila Conesa: Caesarean support. “They started telling what happened to them, I identified immediately and then we started collecting testimonies from other women. We found that there was a common thread, a modus operandithat we were not dealing with isolated cases. Every day five, eight, ten new women with horrible stories made the list. This is how 19 years ago El birth is our birth. And from then on, I devoted myself to litigation,” he recalls today. Many women approach activism from their own experiences, helping others from their place, from their jobs. That was the strength of this group of women: to unite and contribute each from their place. “I had SEGO at the time [Sociedad Española de Ginecología y Obstetricia] said we were a lobby with a lot of power. It made me laugh because she couldn’t understand how ordinary women could have such an impact. We went to the Ministry of Health, we managed to develop a normal obstetrics strategy. We removed a lot. We just had each other’s support, selflessly putting our jobs at the service of a cause, and that was a far more powerful force than money or the position they held. When we talk about obstetric violence, the strength of women’s groups in Spain is unparalleled in Europe,” explains Fernández.

Childbirth violence is defined as the violation of women’s human and reproductive rights through physical or psychological practices by professionals who care for them during pregnancy, childbirth and after childbirth. Practices like unnecessary procedures, outdated and unjustified protocols, paternalistic attitudes, blackmail and insults that have been made invisible for decades because they are so normalized. For Francisca Fernández, the fundamental change in these years is that there are now resources: “On the one hand, we have thousands of stories that the others have told. At least the women know that what is happening to them has nothing to do with them, with their pregnancy, childbirth or abortion, but with the system. That it’s not their fault. This is priceless. Before they could tell you that you were crazy, that you might have had postpartum depression. As well as the stories, there are also therapeutic and preventative resources, and now we have the legal basis for the committee’s decisions.”

The legal process for bringing obstetric violence cases to the UN has been extended to 10 years, because in order to go to an international organization, all the resources offered at the national level must first have been exhausted. “Since our Constitutional Court was not concerned with something as important as childbirth, as with the woman’s role in childbirth, I collected four representative cases of obstetric violence that had been dismissed by the Spanish courts and examined the possibility of using them before bring the court to the United Nations Committee on the Elimination of Discrimination against Women. That went through the Bar Association Women’s Link worldwide, specializing in sexual and reproductive health, who encouraged me to bring it up before an international committee because it is closely related to discrimination based on women’s status. Other women also spontaneously helped me: a doctoral student from the University of León and a law student from the USA. So we formed a team and started working on four cases to present together. Later, the committee preferred to evaluate them individually, but the result is still there.” The Spanish state has not yet followed the committee’s recommendations. “Unfortunately, given our government’s resistance to fulfilling its international obligations, we have to go to court to demand their execution,” the lawyer added.

We have come from far. I think women are increasingly aware of how gender bias in medicine threatens our health

Francisca Fernández asserts that she may have tried around 400 cases over the last two decades, and although not all cases, most of them have an obstetric violence component. He has also handled countless cases of simply escorting, claims, assisting many women in filing a complaint. Most of those Fernández won were in favor of educating them about medical malpractice because, he says, that’s a more likely way for a woman to achieve justice. “If you try to go deep, to talk about issues like clichés in medical care, you don’t want to understand it anymore and then you run into a wall,” says the lawyer, who denounces the economic and social costs of childbirth violence enormously . . “Much of the medical community denies the existence of the problem, rather than acknowledging it and working to eradicate obstetric violence. You’re always on the defensive. It’s exhausting,” he says.

Despite this exhaustion, Francisca Fernández is optimistic. “I don’t know what will happen in the future, but we’ve come a long way. I think women are increasingly aware of how gender bias in medicine threatens our health. The State will have no choice but to comply with international recommendations, as Spain has committed to this by signing the Treaty on the Elimination of Discrimination against Women. And there is no more silence about this problem like it used to be, that was the first thing that had to be broken and we did it.”