Francia Márquez, Vice-President-elect of Colombia, begins a regional tour with a visit to Lula 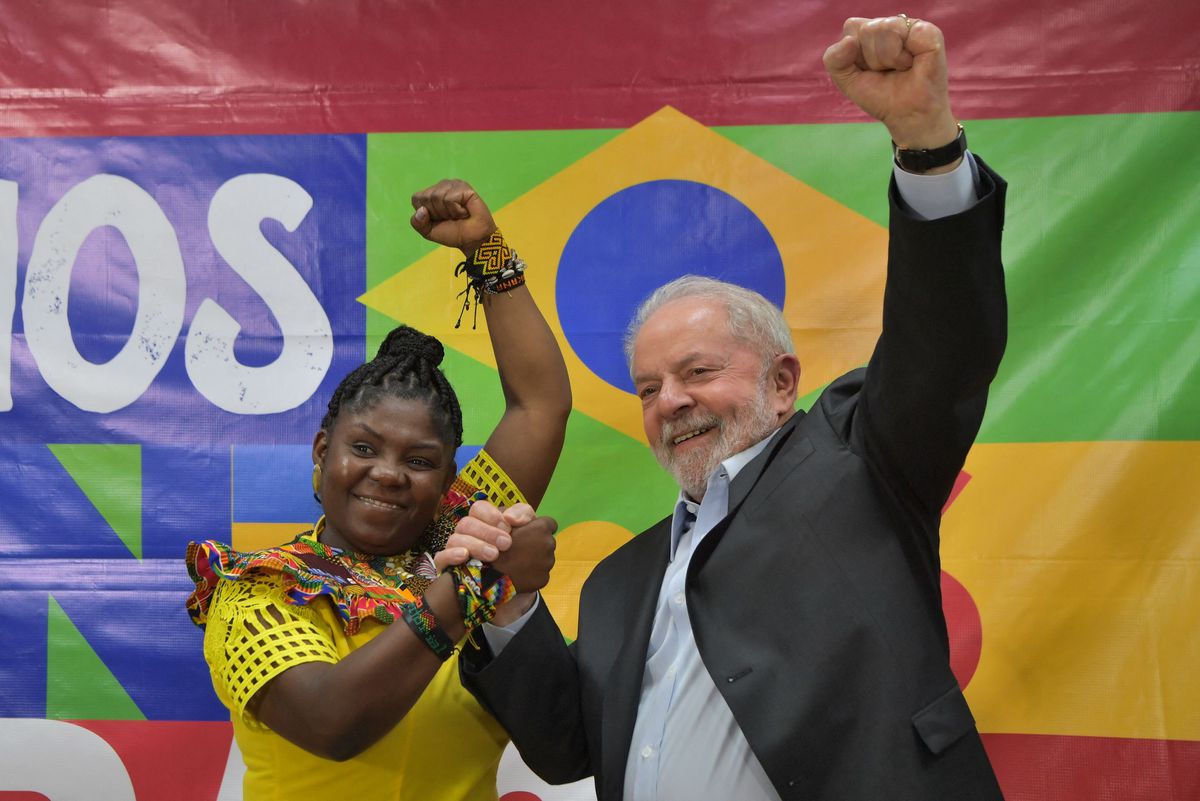 Vice President-elect of Colombia’s first progressive government, Francia Márquez, kicked off a regional tour Tuesday with a visit to Lula da Silva in Brazil. The veteran ex-president and the activist and lawyer met in São Paulo at the headquarters of a foundation linked to the Workers’ Party (PT). She has 12 days to take office alongside Gustavo Petro at an event of historic importance, and just over two months until the Brazilian faces far-right Jair Bolsonaro in the electronic polls. Lula then tweeted, “We talked about South America and fighting racism and hunger in our countries.” To the side is a photo of the two of them with their left arm fists raised.

The Brazilian election – where Lula enjoys a comfortable lead over Bolsonaro in the polls – could become the biggest prize for the Latin American left after a winning streak. Márquez will be in Rio de Janeiro on Wednesday and from there continue his trip to Chile, Argentina and Bolivia. The Colombian will meet with Presidents Gabriel Boric (on the 28th) and Alberto Fernández (on the 30th) as well as Bolivian number two David Choquehuanca (on the 31st). A tour focused on strengthening ideological ties. During his stay in Brazil, he does not plan to have any contact with representatives of the Bolsonaro government.

The future Colombian vice president and the man who ruled Brazil between 2003 and 2010 have spoken about the situation in Latin America and the world, the elections in both countries and the prospects of her and Petro’s governments, according to a note released by Lula’s team. “Both spoke of learning from the mistakes and successes of the PT’s experience of political power,” added a spokesman for the former president.

The statement notes that Márquez’s visit to Brazil stems from his interest in learning about the social programs implemented by the PT during their reigns – among which stands out Bolsa Familia, which lifted millions out of poverty, and that Bolsonaro has increased in number. And he adds that the Colombian “showed particular interest in Affirmative Actions, income transfer programs, the fight against violence against children and women, including the Maria da Penha law.”

A fraternal and constructive meeting with @LulaOfficial who expressed his love for Colombia and his desire to support us in achieving peace and prosperity for the Colombian people.
Thank you Lula, thank you Brazil for your brotherhood. pic.twitter.com/UWszy8cAYD

Among those who attended the meeting with Lula were his wife Janja, a sociologist whom he recently married and who is playing a huge role in this campaign, PT President Gleissi Hoffmann, and former Foreign Minister Celso Amorim. The vice-president-elect of Colombia has also met with representatives of various groups in the Brazilian black movement and with several former ministers of the PT governments.

Márquez will make history this August 7th because the left has never ruled in Colombia and because she is also a black woman. His meeting with Lula also serves to highlight the very low representation of women and black people in regional politics in general and in Brazil in particular. Brazilian women make up only about 15% of parliamentarians (only Haiti is worse in the region), mayors and councillors. And of the 27 states, only two have female governors.