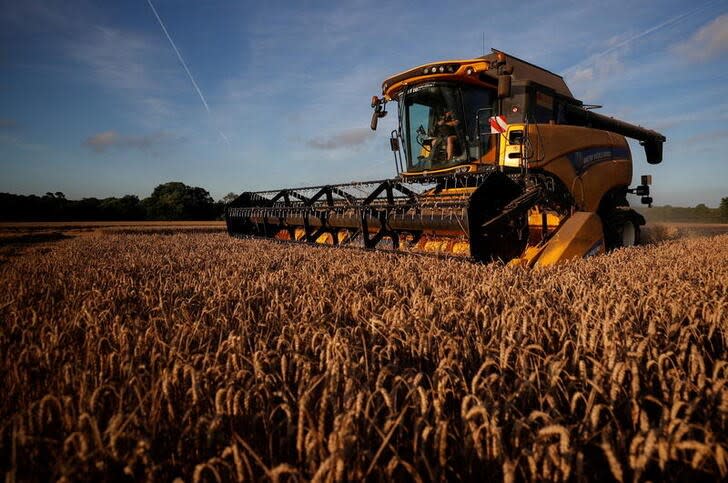 Common wheat was rated 92% good or excellent in the week to March 21, unchanged from the previous week and up from 2021, when it was at 87%, the bureau said in a crop article.

Conditions for winter barley and durum wheat also remained favourable, with 88% of both cereals rated good or excellent.

French grains have enjoyed improved weather since autumn planting, although the relatively dry end of winter, as in other parts of Europe, has raised concerns about moisture levels as crops enter key growth phases of the season. spring.

After a warm and sunny period this week, it is forecast that next week it will rain in France.

Farmers finished sowing spring barley last week, according to FranceAgriMer, higher than last year, when 97% of the acreage had been sown in the same week.

(Reporting by Gus Trompiz and Forrest Crellin. Editing in Spanish by Javier Leira)