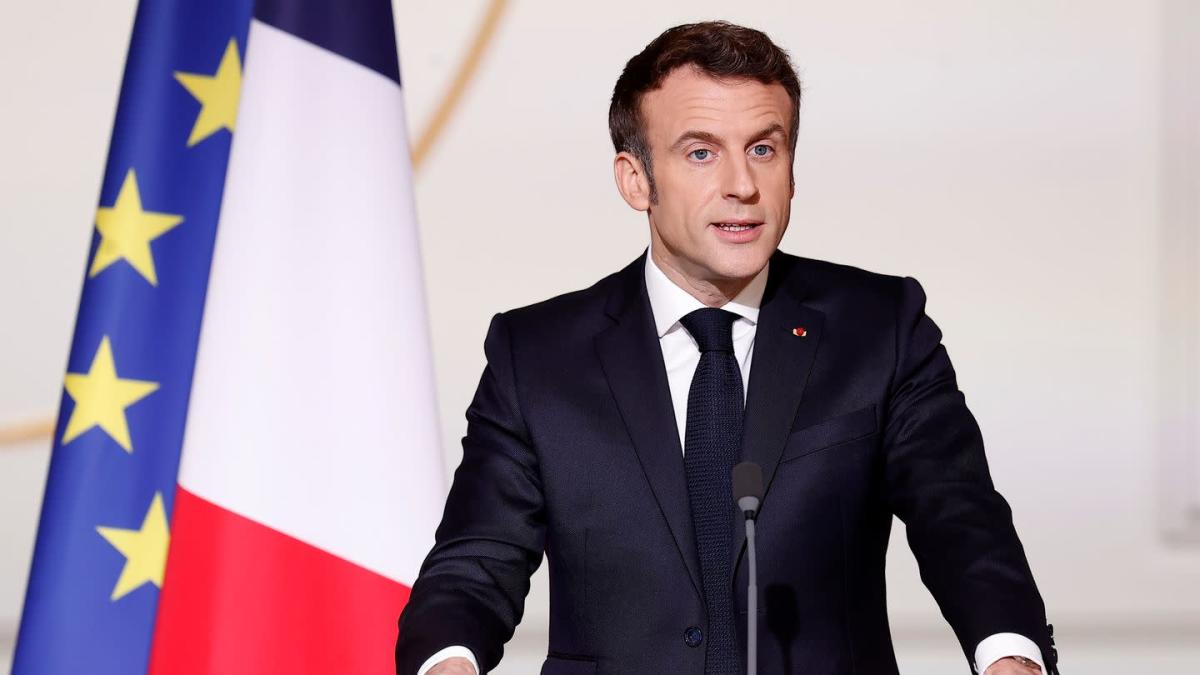 Paris (dpa) – Almost a month before the presidential elections in France, the war in Ukraine is shaking up the agenda and making the candidates alongside Emmanuel Macron seem almost spectators of the president, who acts as crisis diplomat and statesman.

Initially, there were signs of an election campaign of contrasts and ruptures in the country, exhausted by the Corona crisis, in which the traditional parties are losing importance and hardly any field can count on a regular electorate. Now the Russian war of aggression is giving Macron a boost in the polls, even though he only officially started the election campaign a few days ago.

Unlike the pro-European and centrist politician in the Elysée Palace, the right-wing camp had previously dominated the election campaign with its themes, ahead of the others: internal security, migration, national identity and sovereignty defend the right. Rassemblement National’s Marine Le Pen and far-right Éric Zemmour head the agenda. Zemmour, in particular, has tried to drive a wedge between population groups with attacks on immigrants and Muslims. But the radical demands of him are well received.

Valérie Pécresse, who is running for the conservative Républicains, is also addressing these issues, albeit in less extreme ways, in her difficult balancing act by addressing the right-wing camp supporters and centrist voters who are being courted by Macron.

The fragmented left and the Greens have so far been unable to set priorities in this election campaign, in which no one likes to shine. The mayor of Paris, Anne Hidalgo, the candidate of the Socialists, who together with François Hollande were president in the last legislature from 2012 to 2017, was defeated in the polls by a small percentage. Front man Jean-Luc Mélenchon, who is much further to the left, is more promising and calls for a political reset with fundamental changes to the system.

The EU, acting as one in the Ukraine crisis, is now giving Macron a boost thanks to the French presidency of the EU Council and is barely announcing the right-wing call for sovereignty over Brussels and national unilateralism. At the same time, Le Pen and Zemmour, but also Mélenchon, have to explain an attitude towards the head of the Kremlin, Vladimir Putin, which has been criticized for being too benevolent. Macron benefits from the further weakening of competition. Because he scores above all with the fact that his opponents are even less convincing than him. Most of the French were not really satisfied with his mandate.

Now that the issue of war overshadows everything, concerns were raised in France that there was a risk of an election campaign without debate. Prime Minister Jean Castex tried to calm things down. The electoral campaign will be as normal as possible.

Until the Ukraine crisis, it was not the climate that was the dominant issue in France, as it was in the German election campaign, but purchasing power, and it could remain central now due to the problems that threaten sanctions against Russia. “Our growth will inevitably be hampered. The increase in the price of oil, gas and raw materials has affected and will affect our purchasing power,” Macron warned, announcing at the same time that Prime Minister Castex was already working out countermeasures.

The country is deeply divided

From 2018 onwards, Macron had learned the importance of the issue of the yellow vest protests, which were also directed against the increase in fuel and the cost of living and revealed the social divisions in the country and their explosive force. Opponents have often criticized Macron as the “president of the rich”. The sector of the population that he supposedly preferred and privileged contrasts with the large number of immigrants residing in the suburbs with fewer opportunities for education and advancement. Some experts criticize that Macron has not even tried to bring the country, deeply divided for years, closer together and take action against inequalities.

They were all recently out of stock after the Corona crisis. And although the pandemic itself plays only a minor role in the electoral campaign, the area of ​​health is moving the electorate.

An issue that has been on the minds of parties and candidates for months is voter turnout. Campaigns were used to remind people to register on the correct electoral register in order to vote. An attempt was made to motivate young people in particular. In last year’s regional elections, voter turnout fell to an all-time low. A low turnout would still be a setback for many, as traditionally a large proportion of the population had cast their vote. Therefore, the deciding factor should be who can mobilize their supporters for the first round on April 10 and the second round on April 24.