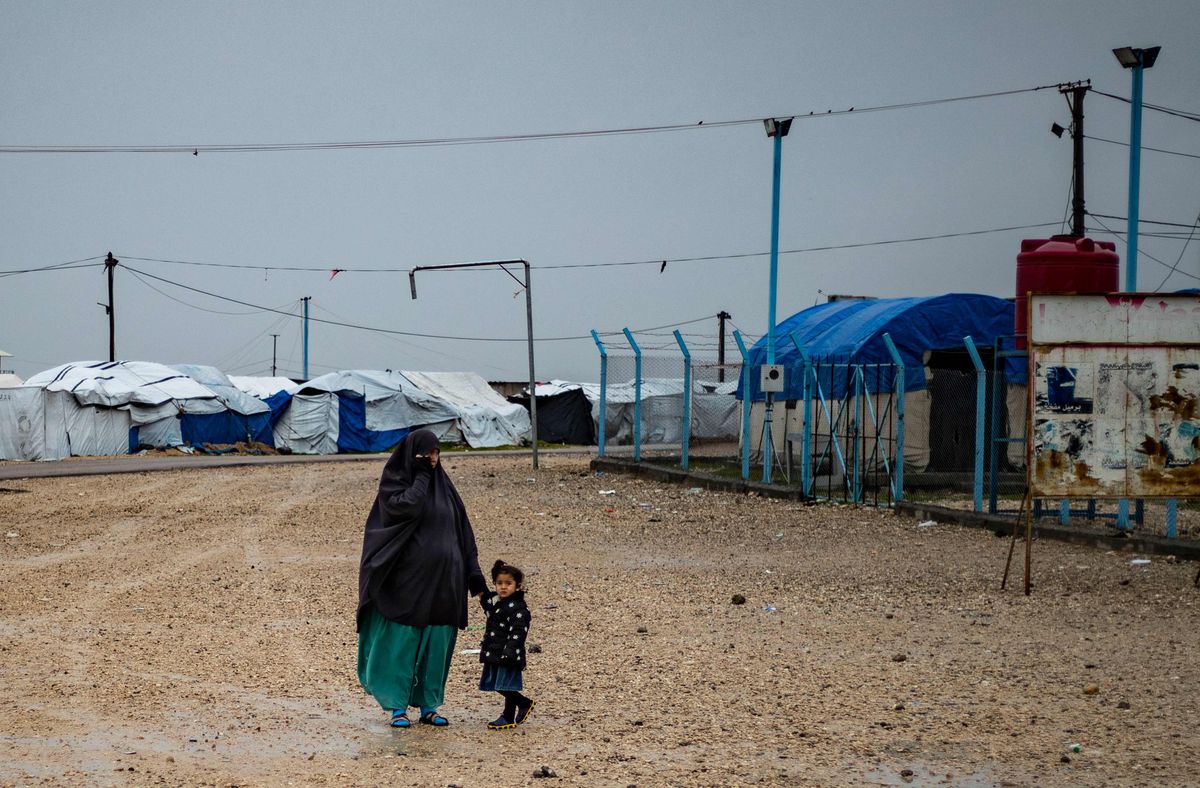 France on Tuesday announced the repatriation of 35 minors of French nationality and 16 women from camps in north-eastern Syria where relatives of jihadists with ties to the terrorist group Islamic State (ISIS) are being held. The group of relatives of these children in France, who for years have been demanding the return of the minors, has celebrated news that they hope will mark the start of a change in Paris’s case-by-case policy that will affect the arrival of these minors on Gallic territory is kept to a minimum and refuses the return of adults, including mothers, who are also often accused of taking part in jihadist activities.

According to a statement from the French Foreign Ministry, the repatriated minors have been handed over to the child welfare services, who will be in charge of conducting a “medical follow-up”. The 16 women, for their part, were “handed over to the responsible judicial authorities,” says the brief official letter, which thanks the local authorities in northeastern Syria “for the cooperation that made this operation possible.”

The National Counter-Terrorism Attorney’s Office has indicated that of the 35 minors, seven are isolated children, ie unaccompanied or orphans. One of the returned minors was taken into preventive detention because he was “a young man who will come of age in the coming days” and who was suspected of having participated in a “terrorist organization”. explains the specialized prosecutor in a statement.

Although the other returned children are being held in institutions for minors, the Anti-Terrorist Public Prosecutor’s Office will now carry out “centralized surveillance, in contact with the local public prosecutor’s offices” of these minors, in accordance with instructions from the French Ministry of Justice.

Regarding the 16 returned women, the prosecutor states that 12 did so by accompanying their children, while another four had already agreed in the last 12 months for their children to return alone to France. They are between 22 and 39 years old and all but two of them have French nationality, but their children are theirs. They all stay on hold. Half are in custody “in execution of a search warrant”. According to the anti-terror prosecutor’s office, the other eight had an arrest warrant.

That United Families Collective, which brings together relatives of these minors and their mothers and has been fighting for the repatriation of their grandchildren and daughters for years, has revealed that some of the young returnees are orphans and others are returning with their mothers, one of them they say is dying and that “he risked dying in the detention center”. In any case, the return of minors accompanied by their mothers is a first in the French case, which they hope will lead to a change in policy.

“It is the first time that France has repatriated children with their mothers from Syrian prison camps,” the relatives emphasize, claiming that “this first operation marks the end of years of inhumane policies.” “We hope this repatriation will mean an end to the pathetic ‘case-by-case’ policy aimed at classifying children, separating siblings and snatching children from their mothers who are abandoned in the fields,” add she added.

According to the group, 150 minors of French nationality are still in the Al-Roj camp and the French government is one of the European governments that has made the least effort to save these young people, despite the condemnation of its policies by international institutions. In February, then-French Foreign Minister Jean-Yves Le Drian reiterated his refusal to reform the “case-by-case” policy that has allowed the repatriation of minors but not their mothers since the fall of ISIS in 2019.

“For isolated minors, orphans and for those whose mother accepts their departure, we will continue to carry out extremely dangerous operations,” Le Drian told France 5 Spring Elections of Catherine Colonna, who is now in charge of this joint mother-child repatriation.

“Our country is increasingly isolated by choosing inhumanity and irresponsibility, unlike Germany, Belgium and many other European countries” which have carried out more repatriations than France. According to the Collective of United Families, Paris has only repatriated 126 minors since 2016. According to their calculations, 97 European women and children were repatriated in 2021. Only seven of them were French, all of them minors. From January 1 to July 4, other European countries had repatriated 65 children and 27 women, none of them French.

Spain, with 17 children and three women (plus one of Moroccan origin but with children of a Spanish father) housed in the camps in north-eastern Syria, has not carried out repatriations.