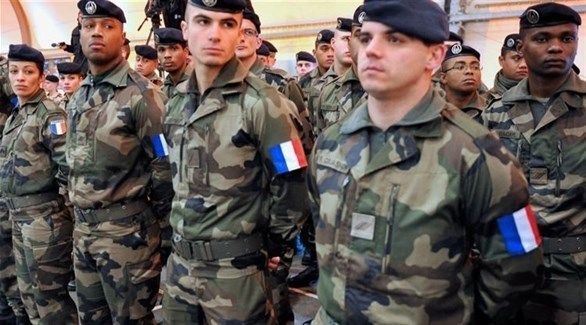 Amid escalating bid campaigns for presidential elections in France, and with the escalation of the Russo-Ukrainian war, concerns have been raised about the capabilities of the French armies and their readiness for any long-term war. he even stated that the ammunition of the French forces is barely enough for 3 days.

French media and analysts questioned their country’s ability to withstand a limited but very intense conflict, adding: “If the United States is involved in a major conflict, what ally can France be? And what war will France launch?” Paris? to support Washington?”

The International Rand Corporation for Research, Thought and Development presented a clear analysis to answer these legitimate questions, in contrast to the pessimistic views by saying that “France is ready for any war, but not for a long war”, but saw in the At the same time, that France, having launched or participated in asymmetric wars with weak armies for two decades, and in the future risks facing enemies of the same caliber as itself.

“The French Army has been groomed to be a general-purpose force with an emphasis on sufficient strength, meaning it is adequate enough to survive on a conventional battlefield, but not adequate enough to fight hard in hostile war environments. “, he explained.

In the daily Le Figaro, Nicolas Barrot says that since the terrorist attacks that targeted France starting in 2015, the government of former French President François Hollande has instituted a series of reforms within the military system, followed by the government of current President Emmanuel Macron, for the Ministry of Defense budget to be increased from €36.1 billion to €41 billion in 2022.

And he quoted a senior military officer in the French army as saying that the Russo-Ukrainian war sounded the alarm because, despite the high-tech might of French armies, there is a need to re-examine soldiers’ weaknesses and retrain them. better, especially since the French army’s weapons and equipment are very insignificant compared to what the Russian army possesses.

The candidates for the Elysee in the April 2022 elections say little about their defense program, but this is a very important issue for the security of the French and the future of the country in a dangerous world, according to Laurent Collette Bellon, a former general at in charge of the armament sector in France.

back to conscription
Defense issues have not yet received much attention in presidential campaigns, perhaps because defense would be the subject of some kind of consensus and would not be a discriminatory factor for voters, and addressing this is limited to the question of some symbolic signs. that have been raised without sufficient reflection, such as the proposal to leave the leadership The integration of NATO or the return of compulsory military service for the French, or even the level of military spending expressed in relation to GDP.

However, the evolution of the international geopolitical context and the high level of uncertainty and accompanying risks warrant an in-depth review of France’s military tools and alliances with friendly countries, and the recent assessment of military capabilities does not take into account account the massive weaponry of China and Russia.

An exception seems to be the far-right candidate Eric Zemmour, who asked, in forceful statements, picked up by all the media, “What would it be like if there was a great struggle of France against a strong country”, calling for a significant increase in the budget of the French armies.

Zemmour, before the start of Russian military operations in Ukraine, made a disturbing speech about the French forces, criticizing the state of the French army which, according to him, would have enough ammunition for only three days in the event of a conflict. but in the event of a major conflict against a powerful army “our ammunition will run out in three days, there is no war that lasts three days, that means that today we are in a position to lose the next war”, calling for strengthening national capacities.

For his part, the former French ambassador to Beijing and Moscow, Jean-Maurice Ripert, warned that Russian President Putin wants to destroy the European Union, saying in a press interview that Putin wants to weaken and destroy Ukraine, adding that, unlike China, Russia’s goal is to destroy ties with the European Union and created chaos on its territory, and considered that “the Russian president does not negotiate because he seeks to fight democracy and rejects the concept of universal human rights” .

For his part, Pierre Vimont, former French ambassador in Washington, considers that the rapprochement between Moscow and Beijing currently depends on the evolution of the current situation on the ground, considering his interests, investments and alliances with European countries as a priority.