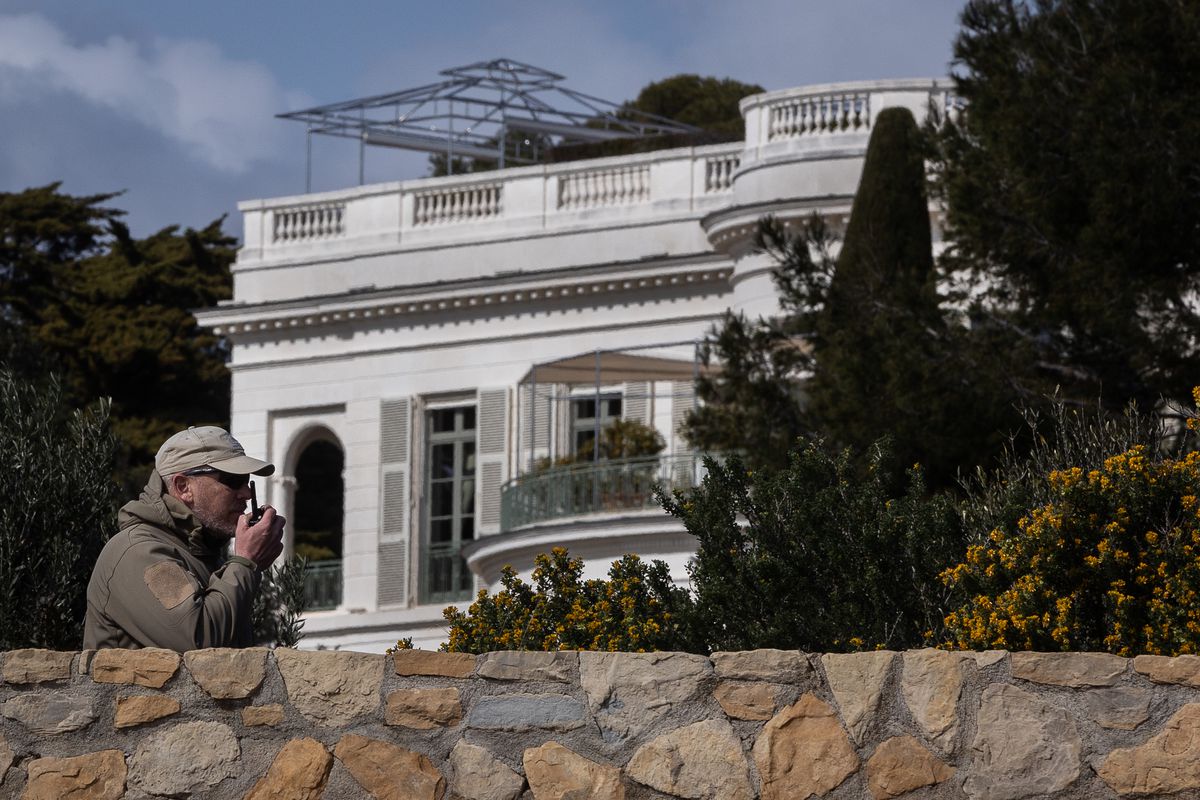 France has opened up another flank to weaken the circle closest to Russian President Vladimir Putin. After freezing numerous assets of oligarchs implementing sanctions decided by the European Union in the wake of the war in Ukraine, the French judiciary is now investigating the considerable assets acquired by pro-Kremlin magnates through front companies in the country and other intermediaries. This move could soon lead to the confiscation – and not just immobilisation as hitherto – of these properties, which would mean an even harder blow to the millionaires loyal to the Kremlin.

The National Treasury Prosecutor’s Office confirmed this week that it opened an investigation on July 1 into money laundering, corruption, embezzlement of public funds and gross tax fraud. The trigger was a demand from the NGO Transparency International, which has been fighting for years to end the business network used to hide property, especially real estate, from accomplices of autocratic regimes. The investigation was transferred to the Central Office for Combating Serious Financial Crimes, according to court sources.

This is the first legal step – still without guarantees that there will be a process, which could also be very lengthy – following the lawsuit filed at the end of May by the French section of Transparency International to “denounce the system of conquest of the Russian state and national wealth by businessmen and high-ranking officials close to Vladimir Putin”. A system, the organization assured in a statement, “extends its impact to France, particularly in the real estate sector, due to a lack of vigilance on the part of intermediaries”.

Although the target of an eventual conviction is still a long way off, the opening of the probe is “excellent news” whose impact oligarchs could feel almost immediately, says Sara Brimbeuf, specialist in financial flows and illicit assets at Transparency International. “Prosecutors could seize the assets identified in the lawsuit in the coming months,” he tells EL PAÍS. There could also be allegations “when there are serious and consistent indications that either the middlemen or the oligarchs are involved in corruption or money laundering schemes,” he adds.

The involvement of the public prosecutor means that it is no longer just a political issue such as sanctions, but a legal one, and that the rules of the game are changing (and hardening), the expert emphasizes: “A question is asked about origin of those assets and whether they were acquired through corruption or misappropriation of public funds. This means that we are no longer just talking about frozen assets: even if sanctions are eventually lifted, those assets can remain seized to be confiscated if a conviction occurs.

France – particularly the Côte d’Azur area stretching from Monaco to Nice – is a historically privileged place of Russian oligarchs. Many of the most well-known tycoons loyal to Putin own large properties there, from Roman Abramovich to Aleksander Ponomarenko to Igor Sechin, who are blacklisted by the European Union or the United States. By the end of April, France had immobilized 23.7 billion euros in Russian assets on French territory, including properties worth 573.6 million. Since then, according to the French press, numerous properties have been added not only on the Côte d’Azur, but also in exclusive ski areas or in the most luxurious districts of Paris. However, it is a mere immobilisation of assets – a tycoon can live in the sanctioned house, for example, but not sell or rent it – and not a confiscation of the same, which could happen in a judicial investigation.

“The tip of the eisberg”

In addition, for Transparency International, the assets blocked so far are probably just the tip of the iceberg. “The ambition of the sanctions against Russia and the first announcements of asset freezes clash with the difficulty of identifying the assets of the sanctioned individuals,” warns the NGO. In France, as in other countries, “tracing of assets belonging to oligarchs and those associated with the Russian regime” is failing.

It’s not a new warning or just directed at Russia. For 15 years, this NGO has been warning of the ease with which members of autocratic regimes and figures associated with them take advantage of an opaque system of front companies, banks, notaries, real estate agents and tax haven companies to hide their property in countries like France or Spain, whose Costa Brava is also full of properties of dubious origin, Brimbeuf recalls. Transparency International filed a similar lawsuit back in 2008 to examine goods from Equatorial Guinea, Gabon and Congo. In 2011, he conducted similar investigations in Tunisia and Egypt, among others, all with the aim of “returning the confiscated assets of corruption victims”.

in the same month magazine L’Obs revealed how France has become one of the countries that attracts the most “dubious money” from around the world, particularly in real estate. The French publication, together with a group of independent journalists, managed to identify 196 real estate transactions that raise reasonable doubts and were carried out by 62 foreign personalities: they are people linked to political leaders whose declared income is not sufficient to to cover the identified expenses. Persons involved in corruption cases. Among other, L’Obs It identified Cameroonian President Paul Biya’s eldest son and wife, Indonesian Defense Minister Prabowo Subianto, or Emirati businessman Khadem al Qubaisi, who was jailed for embezzlement. These 62 people would have invested more than 744 million euros in real estate in France between 1985 and 2020.

With the fall of the Russian oligarchs and pressure to tighten the siege of the Kremlin, these types of measures, if possible, take on even more urgency, the NGO says.

Transparency International declined to disclose the list of Russian oligarchs it sent to French prosecutors. “The problem is not three or four names, but a whole system. Above all, we wanted to denounce a system that has allowed many businessmen and people to be close to the regime [ruso] enrich themselves through bribery, favouritism, embezzlement,” says Brimbeuf, who does not rule out submitting more names of suspected oligarchs in the future, not just Russians, but also Ukrainians, Moldovans and Belarusians.

There are precedents for this type of research and visible results. Just a year ago, the Vice President of Equatorial Guinea, Teodorín Obiang, was convicted of money laundering and misappropriation of public funds after more than a decade of trial in France. His entire fortune on Gallic territory, worth 150 million euros, was confiscated.

Previous articleThe man who believes all ideas should be explained in 18 minutes
Next articleDER Touristik: Last bookings well beyond the pre-Corona summer