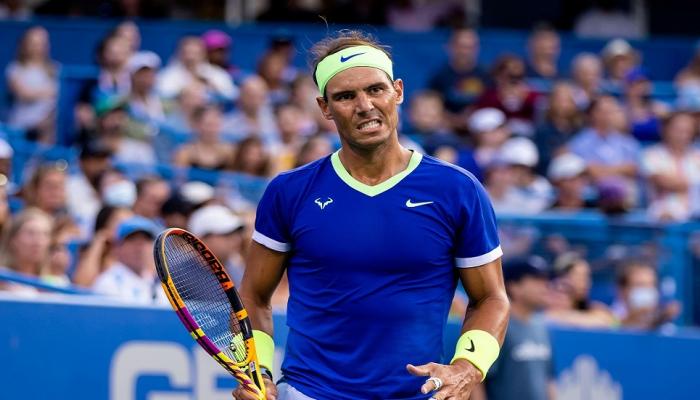 After the first misfortune was to lose the title, and deprive Nadal of winning the fourth championship this year, in addition to that defeat being the first of the Spanish veteran in 2022, Nadal’s misfortunes from that tournament continued this Tuesday.

And Nadal’s third misfortune on Tuesday was his failure to move up the ATP rankings, as he remained in fourth place behind Serbia’s Novak Djokovic, Russia’s Daniil Medvedev and Germany’s Alexander Zverev.

While the fourth calamity was the announcement of his absence from the stadiums for about 6 weeks after the injury he suffered in the Indian Wells Championship and affected his level in the final match, which may affect his preparation for the Open of France, which begins next May. .

Rafael Nadal’s team announced (Tuesday) that the Spanish veteran suffered a stress fracture in one of his ribs and will be out of action for up to 6 weeks.

Nadal, the 21-time Grand Slam champion, complained of chest pains during his run to the Indian Wells final last week and sought medical help twice in the final before it cost him the title.