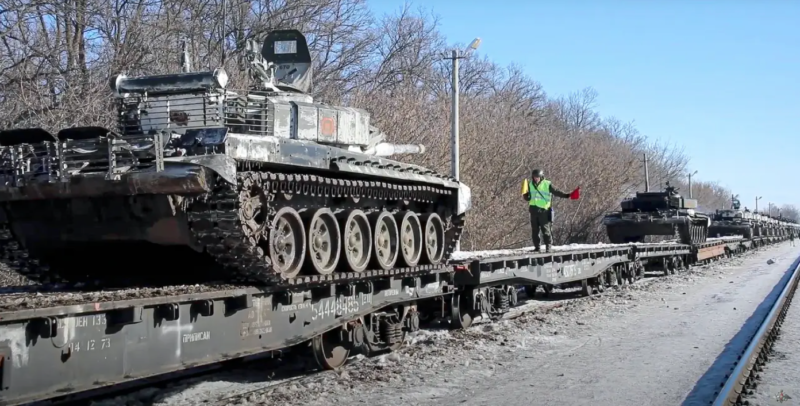 A former US Army general on Saturday described the Russian military in Ukraine as “disconnected” and “poorly managed.”

“The Russian military has been trying to modernize itself for the last few decades,” former US Major General James Marks said in an interview with US television channel CNN. The Russian government “has done a good job of getting the right equipment and the right skills, but it’s poorly managed,” Marks said. “There is nothing worse in an organization than lousy leadership, and that is what the Russians are showing.”

More than 3.3 million Ukrainians have fled the war

Ukraine and Russia have been at war for more than three weeks and there is no sign of Russia pulling out.

Ukrainian soldiers try to prevent Russian forces from taking control of kyiv. There is a curfew in kyiv and no one but soldiers are allowed to leave the city after 8pm as Russian forces continue to try to advance on the capital.

Some Ukrainian men have described to Business Insider how they would have chosen to stay in Ukraine if they had been drafted into the war. Ukrainian singer Serge Tiagniryadno, for example, told Insider that his family fled to Poland. But he stays in kyiv “because it is my city and I am ready to protect it and I will not let anyone in.”

According to a New York Times report, Russian commanders did not tell soldiers they were going to war. Some soldiers were caught off guard and surprised when they learned they had to go to war.

“Your soldiers are demotivated. They couldn’t get out of their vehicles and really practice and maneuver at a pace,” the military expert said. Now the Russian soldiers have entered a “defensive posture.” That means they’ve reached their peak, Marks analyzes. their logistics, they’ve gone on the defensive, which means they’re incredibly vulnerable and the Ukrainians know it,” he said.