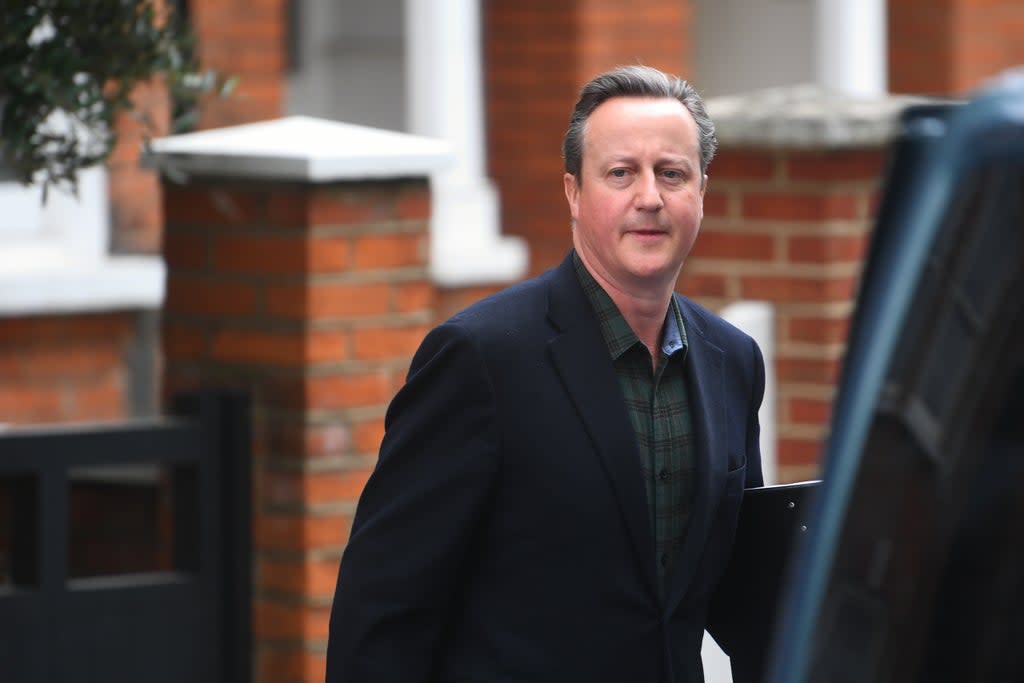 Cameron announced the trip on Twitter, where he said he had volunteered for two years at a food project in West Oxfordshire called Chippy Larder.

Through the project, he said donations had been received for refugees from Ukraine and they now had enough “to fill a small truck with everything from diapers to sanitary products, warm clothing and first aid kits.”

Posting a photograph sitting behind the wheel of the truck, Mr Cameron said: “I am currently driving to Poland with two colleagues from Chippy Larder to make our delivery to the Red Cross.

“It’s going to be a long trip, but I’ll keep you posted along the way.”

Earlier this week, Cameron called for more humanitarian aid to be provided to Ukraine.

Speaking to Channel 4 News, he urged the government to “go back” to devoting 0.7% of gross national income (GNI) to foreign aid, after it was cut to 0.5% last year.

Cameron said the Cabinet should have an aid minister, who would be “100% dedicated” to the role.

Chancellor Rishi Sunak has promised to repay UK aid contributions at 0.7% at the end of this Parliament.

Let’s have a dedicated aid minister in the cabinet dealing with development.

But Cameron said: “Let’s do more on humanitarian aid. We reach 0.7% of GDP in our aid payments. I am sad that we have moved away from that. I hope we can go back there.

“Let’s have a dedicated aid minister in the cabinet dealing with development.

“Foreign Office ministers do a great job, but it would be nice to have someone who is 100% dedicated to humanitarian aid and development.”

He also said that permanent NATO bases should be created in Estonia, Latvia and Lithuania.