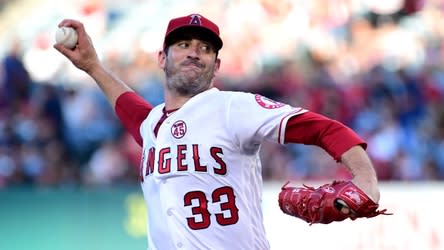 Former Mets ace matthew harvey is “drawing interest” as he attempts to return to MLB for the 2022 season, Jon Heyman reports, adding that he hopes Harvey signs somewhere.

In February, Harvey spoke about his previous drug use, including cocaine, while testifying at the trial of eric kaywho was convicted of supplying drugs that led to the July 2019 death of the Los Angeles Angels pitcher Tyler Skaggs.

Harvey said during his testimony that he was a party animal and told prosecutors when asked that cocaine was his party drug of choice and that he continued to use it after signing with the Angels for the 2019 season and arriving in California.

In addition to his cocaine and oxycodone use, Harvey said he received Percocet pills earlier in the 2019 season and shared some with Skaggs after Skaggs asked if he had Percocet or oxycodone.

For what he revealed during his testimony at Kay’s trial, Harvey could face a suspension from MLB.

But he’s still going strong with his comeback effort, recently posting a video on Instagram of himself hitting 95 mph while throwing to batters.

Harvey’s career was derailed during the 2016 season when he began dealing with thoracic outlet syndrome which resulted in surgery. After beginning his career with a 2.53 ERA and 1.00 WHIP in his first three seasons with the Mets from 2012 to 2015 (he missed the 2014 season due to Tommy John surgery), Harvey posted a 5.92 ERA and 1.51 WHIP in the last six seasons. .