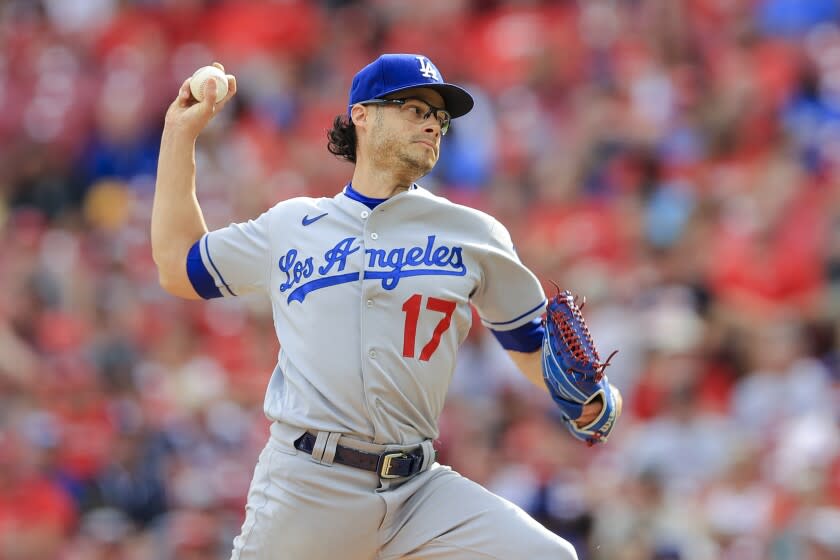 Joe Kelly’s Dodgers tenure has apparently come to an end, with the reliever reportedly agreeing to a two-year deal with the Chicago White Sox on Saturday.

Kelly, 33, spent the last three seasons in Los Angeles after signing a $25 million contract in December 2018, making 115 appearances with the Dodgers’ bullpen.

He began his tenure with the Dodgers with an up-and-down performance in 2019, when he posted a 4.56 ERA and was blamed for the loss when the team fell to the Washington Nationals in Game 5 of the NL Division Series.

However, he bounced back over the past two years, becoming a key cog on the 2020 team that won the World Series and finished his Dodgers career with a second straight sub-3.00 ERA last season.

Kelly was also a fan favorite, beloved for his “Mariachi Joe” persona, culminating in his wearing a mariachi jacket to the team’s visit to the White House last year, and a memorable screaming match with Carlos Correa of the Houston Astros during a game in 2020, when Kelly made a sarcastic pout at one of the players who had been involved in the Astros’ sign-stealing scandal three years earlier.

Kelly, a free agent this offseason, said during a radio appearance last month that he wanted to return to the Dodgers and that “the interest is mutual, so we have to make something happen.”

No reunion ensued, however, with Kelly becoming the latest free-agent departure for a Dodgers team that also saw Max Scherzer sign with the New York Mets and Corey Seager depart for the Texas Rangers.

The only notable free agent remaining from the Dodgers is closer Kenley Jansen.

- Advertisement -
Share
Facebook
Twitter
Pinterest
WhatsApp
Previous articleZelensky adviser hints at mediation by Turkey or Israel in Russia talks
Next articleInditex expects to earn more than 3,000 million in the epilogue of Pablo Isla in 2021