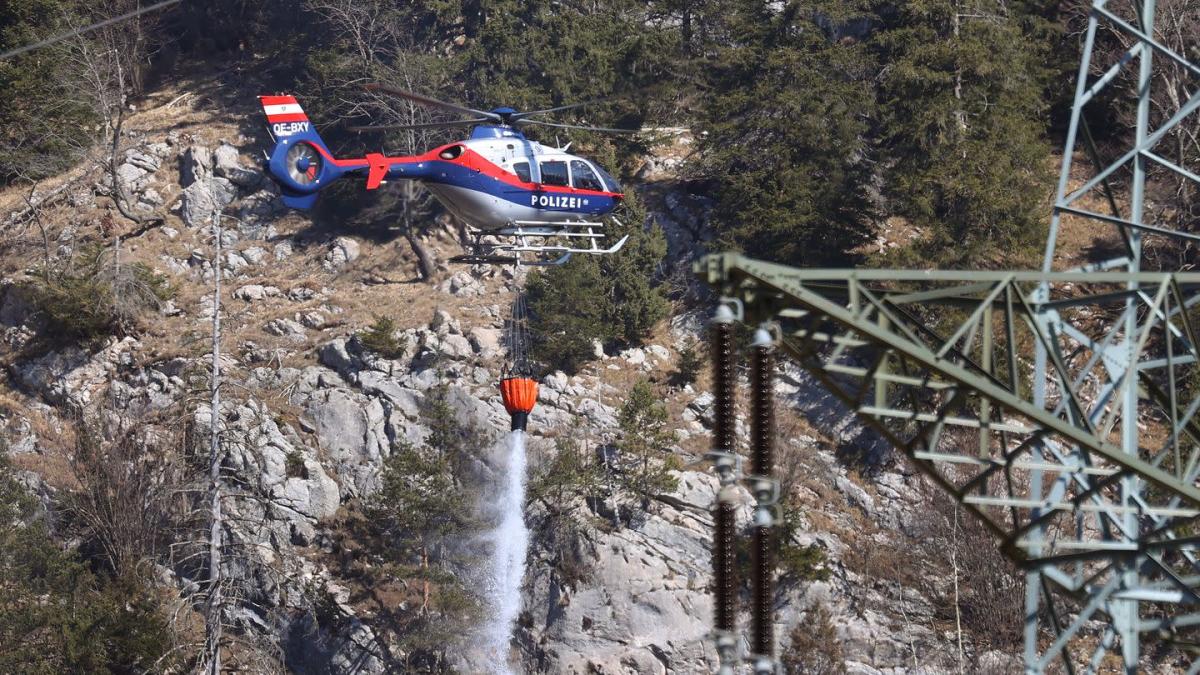 Pinswang (dpa) – Two days after a forest fire broke out not far from Neuschwanstein Castle on the Austrian side, fire brigades were still battling the flames on Monday.

But the fire is under control, said Angelo Schädle, commander of the Pinswang fire brigade in Tyrol. However, post-extinction work would probably have to continue until Tuesday.

Around 35 hectares of forest in the Pinswang area were affected by the fire, a spokesman for the Tyrolean police department previously reported. On average, around 150 emergency services have been involved in putting out the fire since the fire broke out on Saturday. In addition, five helicopters were used at times.

From the air was also removed on Monday. Three machines were still flying, Schädle explained. However, the development of flames and smoke could be largely stopped. “Now it’s our turn to put out the remaining embers.” The rootstocks would also have to be split open to find all the ember nests. On the Bavarian side, the fire departments of Füssen and Schwangau came on Monday to support the extinction work.

Police have now launched investigations into the cause, as the police spokesman said. First, however, the Pinswang fire must be completely extinguished in order to properly investigate.

The plume of smoke was also clearly visible from the German side on Saturday, Bavarian police said. The location of the fire is only a few kilometers as the crow flies from the world-famous Neuschwanstein Castle on impassable terrain.

Increased risk of forest fires in the future

A few days ago, the Bavarian authorities also warned of the increased risk of forest fires. Therefore, several district governments had ordered observation flights in the Free State. This is aimed at detecting possible forest and forest fires from the air at an early stage.

The German weather service’s forest fire risk index showed a high or even very high risk of forest fires in much of eastern Germany and some parts of Bavaria. In the Free State, however, there was an increased risk of fire, especially in eastern Bavaria, for example in the Bavarian Forest. For most of Bavaria, the risk was medium.

The Federal Environment Agency points out that, in general, an increasing risk of forest fires is to be expected in Germany in the coming decades. “This is mainly due to the increase in temperatures and the reduction in rainfall in the months of spring, summer and autumn,” explains the authority.