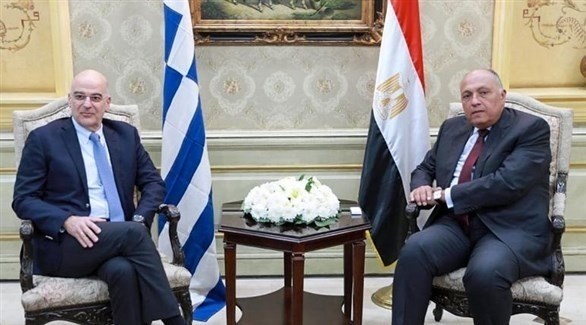 The official spokesman for the Egyptian Foreign Ministry, Ambassador Ahmed Hafez, said that the two ministers highlighted the strength of relations between Egypt and Greece and the friendship that unites the two countries at all levels.

The Spokesperson added: “The discussion session also addressed a number of regional and international issues in light of the current international scene, as Shoukry and Dendias expressed appreciation for the pace of ongoing political consultation between the two countries to coordinate positions. on matters of interest. common concern.

The Spokesperson added that “the different dossiers of bilateral relations and the ways to advance them were discussed, among which cooperation in the energy field stands out, given the common interest of maximizing cooperation in the field of natural gas and electrical interconnection and follow up on the activation of bilateral and tripartite memorandums of understanding in cooperation with Cyprus in this regard”.

The Spokesman indicated that “in this sense, the importance of the East Mediterranean Gas Forum was underlined as a framework for multilateral cooperation in the energy field”.

It should be noted that Egypt and Greece are members of the Eastern Mediterranean Gas Forum, which is an authority established in January 2019 and is based in Cairo, Egypt.

The forum aims to establish a regional gas market in the Eastern Mediterranean, improve trade relations and ensure supply and demand among member states.

The other member countries of the forum are Palestine, Italy, Cyprus, Greece, France and Jordan.