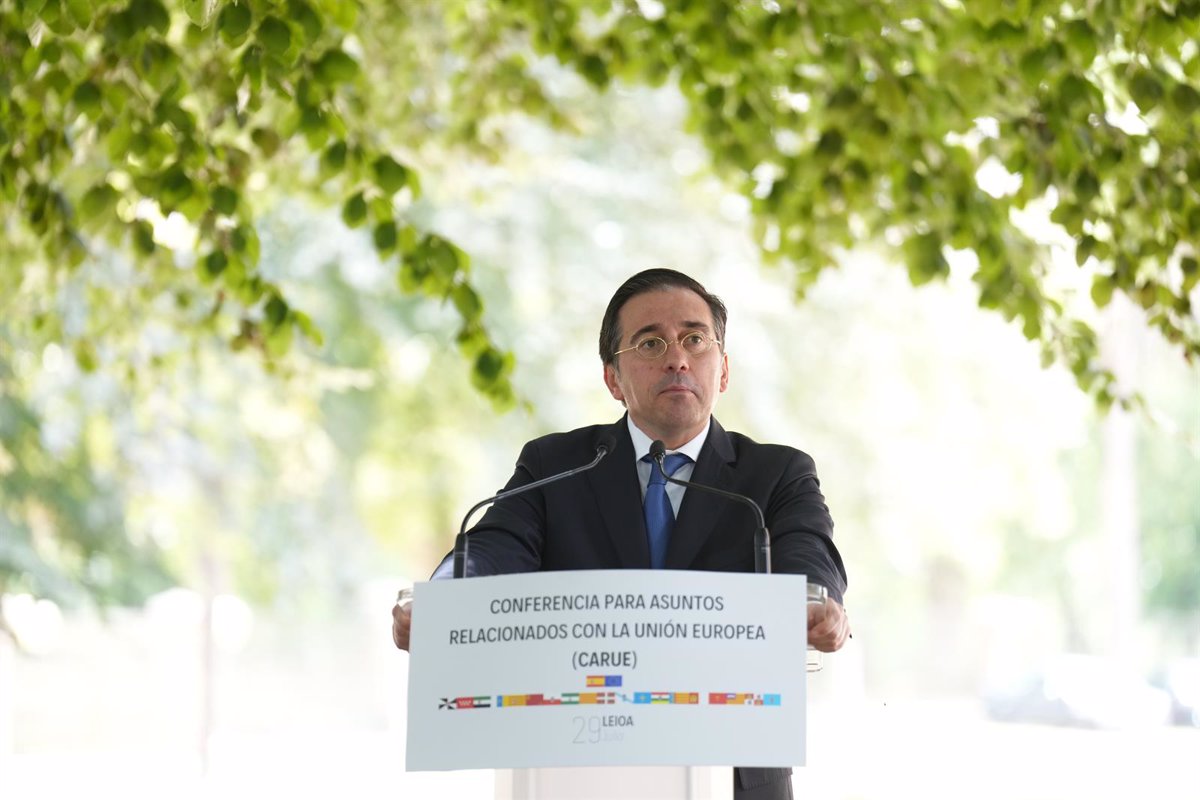 Albares distorts the PP, which casts doubt on the need to act now to ‘defend and protect’ Spanish citizens.

The Minister for Foreign Affairs, European Union and Cooperation, José Manuel Albares, admitted this Thursday that he does not rule out a scenario in which Russia fulfills its threats and decides to completely stop gas supplies to Germany, thereby shutting down the EU’s economic engine endanger., “it is a scenario that must be considered”.

This was stated by the minister in a TVE interview, in which he warned that he “needs to be prepared” in the face of Russian President Vladimir Putin’s threats, although he has no intention of engaging in “fictitious politics for all scenarios”.

Nevertheless, Albares wanted to mediate calm in the case of Spain because, as he recalled, there was currently no gas supply problem. “We have 50 percent of Europe’s regasification capacity. In any case, it’s the other way around, we’re part of the solution if that scenario happens,” he said.

He also highlighted the European Union countries’ capacity to act, using the example of the COVID-19 crisis, in which Europe was able to meet an “immense challenge” with “full support”. “We’ll do that from now on so that we can counter Putin if necessary,” he said, referring to the energy-saving measures implemented.

“IT WILL NOT UNDERSTAND HOW THE PP CAN CHOOSE DOUBT”

On the other hand, the foreign minister criticized the PP for having expressed doubts about the austerity measures because action must now be taken to “defend and protect Spanish citizens”.

According to Albares, the action of Alberto Núñez Feijóo’s party is not “simply” to be against the government, but “to stand out from the European consensus, European unity and solidarity”. He even stressed that the PP is against Ursula von der Leyen, who “comes from her own party, from the European PP”.

Asked about the pilot project the government has launched alongside other European governments – a 24-container train bound for Poland to transport grain through that country from Ukraine – Albares has said it is a initiative to try to reduce the “food crisis hanging over the world”.

As he explained, it is an idea that after the unblocking of the port of Odessa by the agreement adopted between Ukraine, Russia and Turkey, it already has two starting points for the transfer of grain and which “as you can already see” is achieve a reduction in the price of grain.

“Spain supports us and provides all the means to contribute to the challenges we face, like this one,” Albares condemned.

Previous articleAlbares emphasizes the “tremendous cordiality” between the king and Petro, ignoring the controversy surrounding Bolívar’s sword
Next articlePodemos insists on Felipe VI. and defines him as “King of the Right and the Far Right”