For the second time in a month, Sudan raises fuel prices 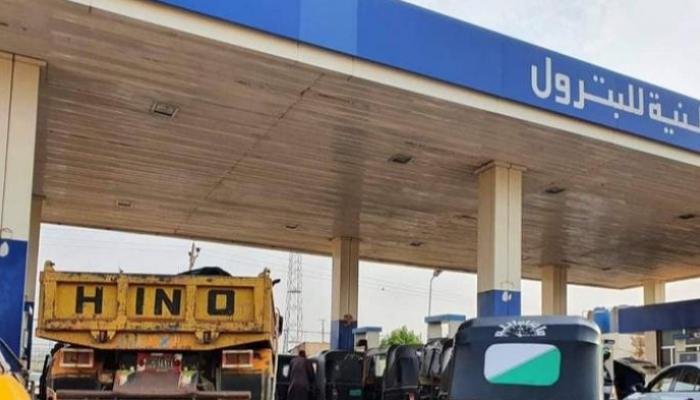 On Saturday, Sudan implemented new fuel price increases for the second consecutive month in a month, with a liter of petrol rising to 672 pounds.

According to fuel service station workers in Khartoum, who spoke to Al-Ain News, the price of a liter of gasoline rose to EGP 640, instead of EGP 507.

These rises come after a new IPO of the Sudanese pound and a devaluation of the national currency by around 19% against free cash, as part of the measures adopted by Khartoum in early March to control the exchange rate and besiege the parallel market.

The increase in fuel that was implemented on March 5 and these measures generated widespread concern among citizens as they negatively overshadow the prices of consumer goods and services, while government authorities consider that these steps are necessary to improve the deteriorated economic situation.

The Sudanese government has completely abandoned the fuel market after completely lifting the subsidy directed at it, and its prices have been determined by the private sector based on the cost of imports.

The Sudanese economy deteriorated sharply after billions in international aid were halted as a result of decisions made by army chief Lieutenant General Abdel Fattah al-Burhan on October 25, which dismissed the transitional government, imposed a state of emergency in the country and froze some provisions of the constitutional document.

Al-Ramadi added that fuel prices have risen by more than 100% in a short period of time, and this is something that is disrupting the economy… reflecting the weakness of the leadership that brought us to this stage of economic fragility.

He added: “Among the repercussions is the collapse of the economy, which led to chaos in the country, and the wheel of production was interrupted, as evidenced by the scope of sugar, whose productivity in Sudan decreased by 50%.”