For the first time, Texas men win a national track and field championship 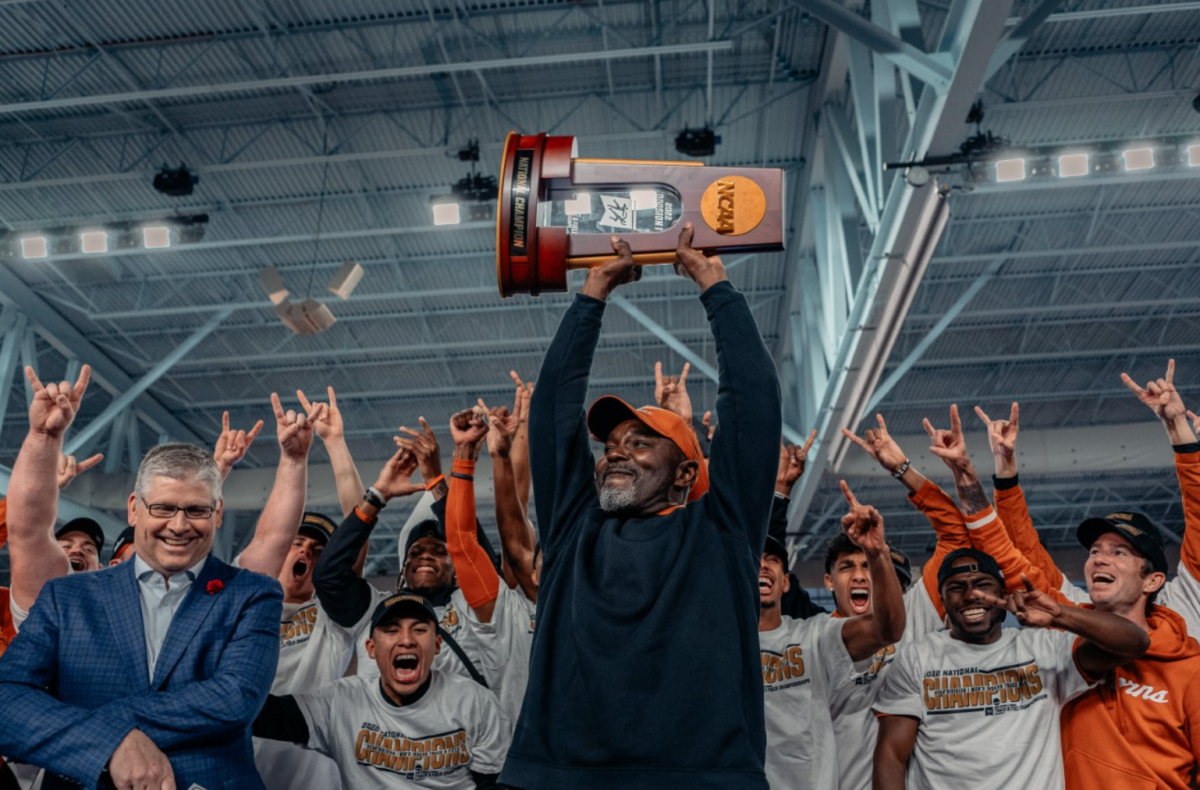 For the first time in the history of the school, the men of the Texas athletics program have lit up the tower.

The Texas men clinched their first national championship in track and field on Saturday. The Longhorns won the team title at the NCAA Indoor Championships in Birmingham, Alabama.

Texas was marked over the weekend by the performances of its first-place distance medley relay team, Tripp Piperi (second place, shot put) and Jonathan Jones (second place, 800 meters). The Longhorns wrapped up the national championship when they won silver in the competition’s final event, the 1600-meter relay.

The victory was a crowning achievement for Edrick Floréal, who took over the athletics program at Texas in the summer of 2018. During his first three years, Floréal has trained outdoor champions in Piperi, Ashtin Zamzow and Tara Davis. Davis also won the women’s long jump title at the 2021 NCAA indoor championships.

Golden: In the midst of this dominant spring start for Texas sports, will Longhorns football follow?

Not to be outshone by the UT men, the Texas women also had a successful weekend in Birmingham. Texas finished second in the team standings behind Florida.

Texas was led by Tyra Gittens, who placed second in the high jump. Julien Alfred earned points for a fifth-place finish in the 60-meter dash, but the senior made a bigger impact in Friday’s preliminaries when her time of 7.04 seconds set a college record.