For his action against the “interests of Turkey”. Ankara expels a Brotherhood activist who offended Egypt 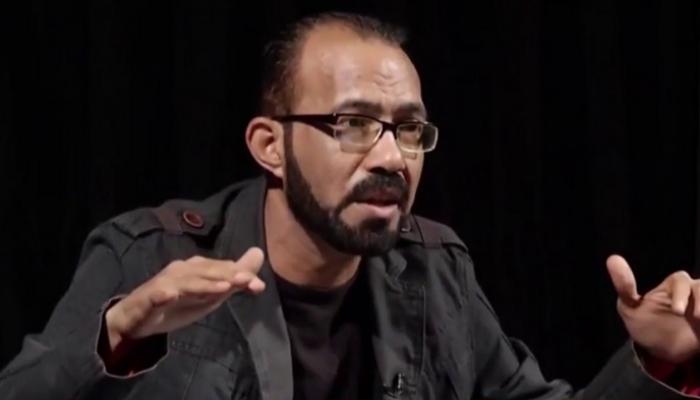 Turkish authorities have ordered an Egyptian Brotherhood activist to leave his land for violating their instructions and working “against their interests” by insisting on spreading insulting videos to Cairo.

The terrorist of the Brotherhood, Yasser Al-Omda, announced, through a video clip, which he broadcast on his YouTube channel, this Wednesday, that he is leaving Turkish territory at the request of the authorities.

The mayor said: “I am leaving Turkey at this time, after the authorities asked me to remain silent for considerations related to the interest of the country,” he said.

The Brotherhood activist who fled to Turkey after the June 30, 2013 revolution has been spreading videos on his YouTube channel and Facebook page attacking Egypt.

The mayor appeared on Brotherhood channels broadcasting from Istanbul and issued several incendiary and suspicious calls to demonstrate under the names “The Revolution of Presence, God is a Revolution and the 11/11 Movement” in 2016, but all his attempts they failed.

Last June, the Cairo Criminal Court decided to include the “mayor” among 187 defendants in the terrorism lists, for a period of 5 years, from the date of issuance of the sentence on June 13, 2021, in Case No. 760 of 2017, the well-known Supreme Restriction of State Security, in the name of “Terrorist Vanguards”.

Last year, Turkey showed a desire for rapprochement with Egypt, and as a result, Ankara ordered Brotherhood activists and their opposition satellite channels not to offend Egypt, including through social media platforms.

And last June, the Turkish authorities demanded that the media activities of the Moataz Matar Brotherhood broadcaster be stopped on social media platforms, as well as on his YouTube channel.

I addressed the same request to other Brotherhood broadcasters, namely Mohamed Nasser, Hamza Zobaa and the artist Hisham Abdullah.

Egyptian security expert Brigadier General Khaled Okasha, director general of the Egyptian Center for Strategic Thinking and Studies in Cairo, described today’s Turkish action as a “nice and nice gesture, and the correction of an anomaly”.

But “Okasha” saw that what happened was “an individual measure that needs a system of other more comprehensive measures from the Turkish government to turn the page on the Brotherhood once and for all and stop their continued incitement against Egyptian countries.” “

He continued: “Other steps and positions are required, extending to the Brotherhood media system, which has nothing to do with the media, and violates all of its covenants, and also to stop broadcasting the channels of the abusive group, which have been spreading lies. and incitements against Egypt.”

The Egyptian security expert also called for the need to reveal the funding sources for organizing the Brotherhood’s media system, as this issue raises many questions.